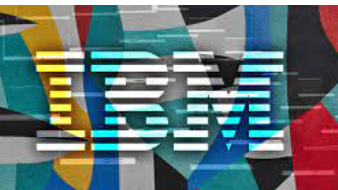 So the global leader in patent development and being awarded patents for 20+ years leader might have uncovered a new revenue stream.  IBM wants to turn those patents which at times they sell to other firms around the globe for revenue in this case, turn the Patents into NFTs.    No need to explain NFT's as I know you are all up to speed on this tech and could probably teach me five things or more about NFT's.  Traditionally IBM times the Bond market release nearly at the bottom, perhaps they are utilizing this prowess to enter the world of NFT's?

How would this happen? IBM has partnered with patent firm IPwe (no joke that's the name of the firm)  IBM would leverage IPwe's Global Patent Blockchain platform and it would be powered by the IBM Blockchain.   IBM would then carry those NFT assets on their balance sheets, they can be licensed and sold like any other asset.

Who is IPwe? Their website states they are the Platform for the Worlds IP (Intellectual property) Learn more about them here https://ipwe.com/

Did you catch that it would run on the IBM blockchain? yeah lets dig into that a bit more.   #1 that's a private blockchain  #2 This blockchain is under central control... not really adhering to the openness of the Crypto Realm of decentralization.  What are the advantages to using this?  Not many for a consumer that I can see.

When to expect these Patented based NFTs? Most expect IPwe to have then ready for commercial consumption by Q421.

Market Potential?  IBM claims this market to be a Trillion dollar market! Not sure how all this value we determined?  No real sales of Patent based NFT's, and no demand that I can see?   Nor am I sure how the timeline for this potential valuation to come to fruition.

Summary - an interesting turn from Big Blue to turn Patents into NFTS. Can this be leveraged for other Enterprise Intellectual Property (IP) to be turned into NFT's?  Would you buy and NFT of a Patent? Would you buy it if you wrote the patent and had the Patent Published; perhaps?  Does that provide you more value than the Patent sheet from the US Patent Office (USPO)? How much would you pay for a Patent NFT?