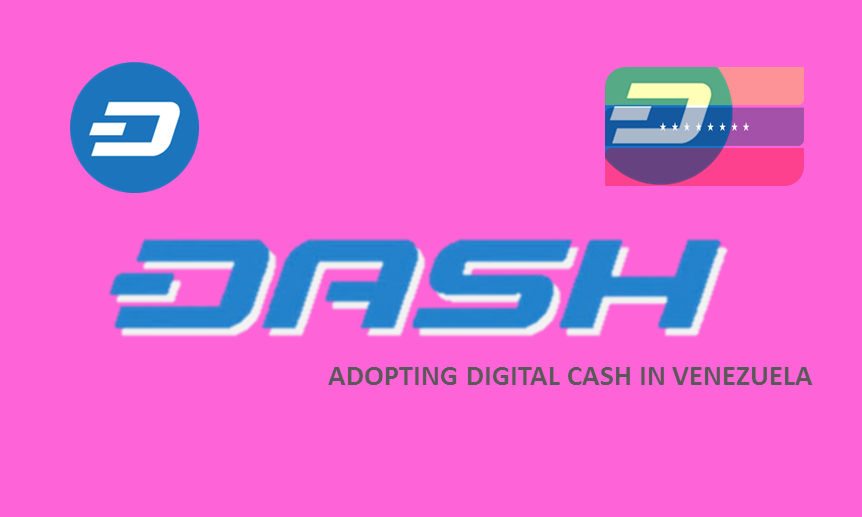 With the intention of delving a little more about the adoption of cryptocurrency in countries of South America, I was reviewing some virtual currencies that can be traded in Venezuela.

After my last publication of crypto content related to Masternodes(MASTERNODES more than a wallet, more than a coin... an advanced technology crypto-financial platform),
I asked myself a question:

How will the acceptance of Dash "Digital Cash" in my native country?

How to buy Dash?

Well, in Venezuela it is possible to buy Dash with national fiat currency through some companies that provide virtual financial services.

I have taken as an example, two Venezuelan crypto-financial platforms for being one of the most quoted in the national territory.

Cryptobuyer.io It is one of them, if you enter the linkyou can check the web portal where you will find information and the steps for affiliation.

First you must open an account on the platform and then deposit the sovereign bolivars (BsS.) in the company's wallet; After a respective verification process, you will have the option of acquiring the Dash according to the amount you have invested.

Basichange.com It is also a Dash buying and selling company in Venezuela, here you can trade dash not only with sovereign bolivars but also with other cryptocurrencies accepted by the system.

Dash are deposited in your compatible wallet which you must have active in advance.

Other Exchanges for Dash

Apart from the two options mentioned above I have investigated some other important names that you could consult for yourself to extend the experience:

What is Dash Text?

To my amazement, a mobile phone service has been activated since November 2018 in Venezuela (Dash Text) which allows to transfer Dash by text messaging. Dash Text it uses the resources of intelligent equipment and the P2P protocol, so as not to depend directly on the Internet, since in this country the electrical failures regularly affect the local Web service in some areas.

The service tries to enter the market for the realization of payments of goods and services, it has been incorporated so far in the payment plans of the mobile phone company movistar, but the adoption is intended in the future by mobilnet and digitel.

"For more information on (Dash Text) I recommend you check the sources:
intercambiar-dash-mensaje-texto-venezuela / dashtext instagram.com"

"In my opinion, I think it will be even easier to access through our mobile, considering that the service is also designed for people who do not necessarily have smartphones"

Where to pay with Dash?

In search of the utility of Dash as a means of payment, it should be noted that in the national territory there are international fast food franchises which have an agreement with Dash Venezuela for the acceptance of payments with digital currency, such is the case of Church's Chicken, Papa John's and subway.

"According to a press release published this week, this alliance between Church's Chicken and Dash Venezuela will directly allow 13 establishments in the national territory to accept the cryptocurrency, this after a training process aimed at employees and managers to better understand the operation of the digital currency" source:www.diariobitcoin.com

It has been seen in recent times that unofficially some businesses begin to accept payments in dollars, which is an advantage for a part of the population that already manages to have their savings in dollars;

But for those who don't have the greenbacks?,

In this case, the option to pay with Dash or some other cryptocurrency sounds very encouraging because in my opinion you could use your virtual wallet Dash or the Dash Text service as an option due to the shortage of cash presented in the country.

Among other developments related to the adoption of Cryptocurrencies in the country there is a web portal called CriptoLugares VE, in which mainly national and other businesses located in border areas with Colombia are registered, which are interested in accepting payments with crypto. Currently the creator of the project Juan Carlos Petit, Venezuelan, plans to meet with the authorities of the Superintendency of Cryptoactive and Related Activities to conform to the regulations of law.

Some other services such as those offered by the sector Tourism are also among the wide range of organizations that are interested in the Cryptocurrency as a mode of commercial exchange, including: Airlines, travel services, hotels, transportation and Event organization.

"I hope this information has been fair enough, so that it is you who can make the last decision." The following sources were consulted: