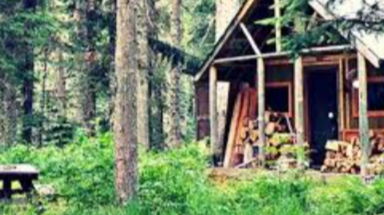 Making A Sustainable Society For Those Who Want A Life Change...

In the last off grid post, I quickly jumped into what I was doing without getting into much detail.

So today, I want to give a bit more meat to the previous post...

I remember being stuck in Boise, Idaho working the 9 to 5 grind when the news of the Coronavirus came onto our shores. I wasn't really worried about it since I am a healthy fellow, and I normally don't get sick due to that.

It was in late June when I heard about the deaths, and the need for a vaccine. I wasn't at all worried even then.

Until one day 60 Minutes did an interview with a military general. And as I watched the interview, I felt really uneasy.

For the life of me, and I can 100% look up the name of the general, I can't remember his rank, his name, or even what branch he was from...all I could remember was he continued saying, "...shame on us..."

What he was referring to was the fact that as his military would help distribute the vaccines across the country, folks would say to him, "I have a natural immunity..." or, I have a religious exemption..." or that they fear taking the inoculation.

I knew then and there it would be forced on people. But not in the way we normally think when it comes to force.

There was a funny bit by the Babylon Bee about Vaccinate Me Elmo. (You need to watch it, because it is spot on...)

Everyone knows that the Babylon Bee is mostly satire...until some of what it says actually happens.

In the skit, Elmo says, "hurry and give me the vaccine, because Elmo doesn't want to be responsible for the death of friends and family..."

So the little girl gives Elmo the vaccine, and then Elmo says, "ok, your turn!"

To Which the girl replies, "I don't want to", and then they have a back and forth, "you have to!"

And then the girl vaccinates herself...

But this is not just the Babylon Bee being funny, this is practically what they are telling Americans to DO!

"We have been patient, but our patience is wearing thin..." Says the THIEF in chief Joe Briben.

But long before this even was said by him and before the TicToc dancing nurses videos, I saw the writing on the wall.

So, I sold everything and headed to Mexico to build an off grid place.

That was October of 2020, and finally I have the perfect site to start building.

In July, August, and September of 2020, I pretty much begged folks to get out of the way of the inoculation before it was too late.

Not one person came with me, or even listened to me.

People even said that the inoculations would NEVER be forced.

Well, here we are, and being in Mexico I see that freedom is south of the border, not anywhere anymore in the US or Canada.

So, why not join me if you believe the inoculation is part of a bigger scheme, for whatever purpose, and help me build this site up.

Sell what you have and get down to freedom.

To get in touch, just email me at

It's a place to escape the coming insanity...