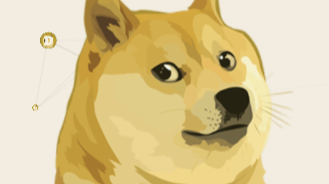 Doge Is Going To Touch $2 By The End Of This Month? What a Fool I Am!

Elon Musk, the richest man in the world, often remains in the news due to his tweets, sometimes funny, sometimes worth following seriously. Musk, the CEO of Tesla, and SpaceX tweeted something similar once again. This tweet was based on a painting made back in the year 1926.

Elon Musk mentioned and shared Joan a Spanish painter Meero’s painting ‘Dog Barking At The Moon’ on Twitter and wrote in the caption ‘Doge Barking at The Moon.’

was it some sort of hint?

What is Dogecoin? We all know that Elon Musk has talked about cryptocurrency Dogecoin in his tweets, which is currently one of the favorite topics on social media. And Musk is not the only one but many famous billionaires keep tweeting continuously on this topic.

Is it another hint by Elon Musk?

It certainly looks like one. Musk tweeting related to Cryptocurrency is always like a trick as the price of Dogecoin has always gone up in the past as soon as he mentioned Doge. This time it increased after he tweeted on Wednesday and the price of Dogecoin was 13 cents Thursday. From 7 to 13.

We all know that Elon Musk has consistently been supporting Dogecoin. On February 4, 2021, he did a similar tweet. His tweet said, ‘Dogecoin is the cryptocurrency of the people’.Doge jumped by 75% immediately after this tweet.

Unfortunately, I thought it was a big opportunity for me, and I sold my 8000 Dogecoin @6 cents in February. I still had 438 left in my wallet though, but I sold them at 16 Cents each last month. I failed to get the signal, I guess.

We all know that Dogecoin, which was created as a joke in 2013 by software engineers Billy Marcus and Jackson Palmer for gaming and tipping, but I earned them by a survey site Cointyply (They still pay but not in all countries). Dogecoin did not get any significant success, but it’s going strong now since Elon is backing it up! Will it touch $2 in near future?