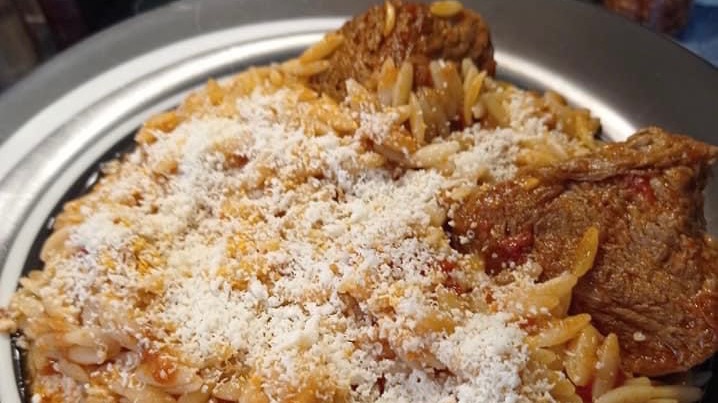 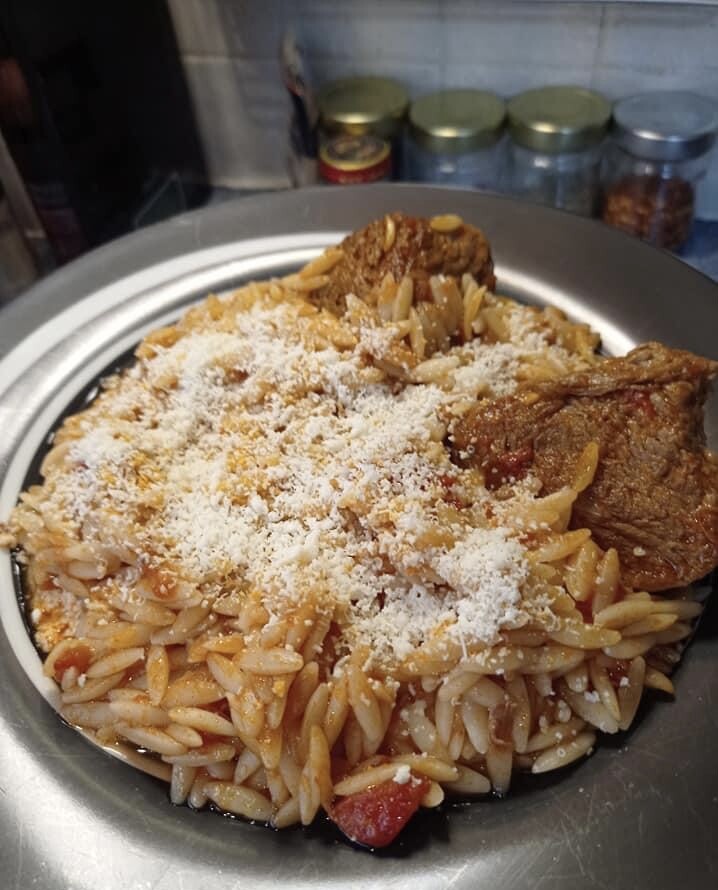 Good morning my friends, a lovely food with a special way of cooking for today , let’s do it together

Saute the meat in oil until lightly browned and add the onion and garlic. Saute them all together until the onion withers and quench with the wine.

Add the tomato, cinnamon, allspice, salt and pepper. When it boils, add two cups of water. Let the food simmer for about an hour and a half, until the meat is cooked.

Remove the meat to a plate with a slotted spoon. Measure the broth in the pot and add enough water to make 1½ liter of the broth.

Bring the broth to a boil and add the barley. Boil for 5-6 minutes until it starts to soften, adding a little extra water if needed. It should be left with enough broth at the end. Remove the cinnamon from the pot and empty the barley in a pan (preferably in a clay pan).

Place the meat in the barley without covering it and bake the juvette in a preheated oven at 200 degrees for about 30 minutes, until golden brown. Sprinkle the juvette with the grated cheese as soon as you take it out of the oven and serve.

My best wishes from Greece

My life with multiple sclerosis

Is bitch but it’s mine 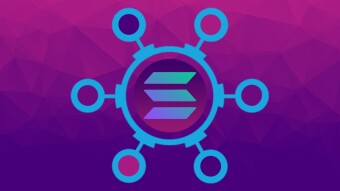 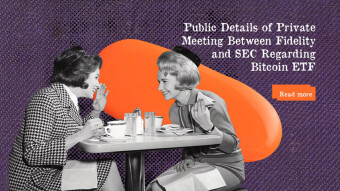