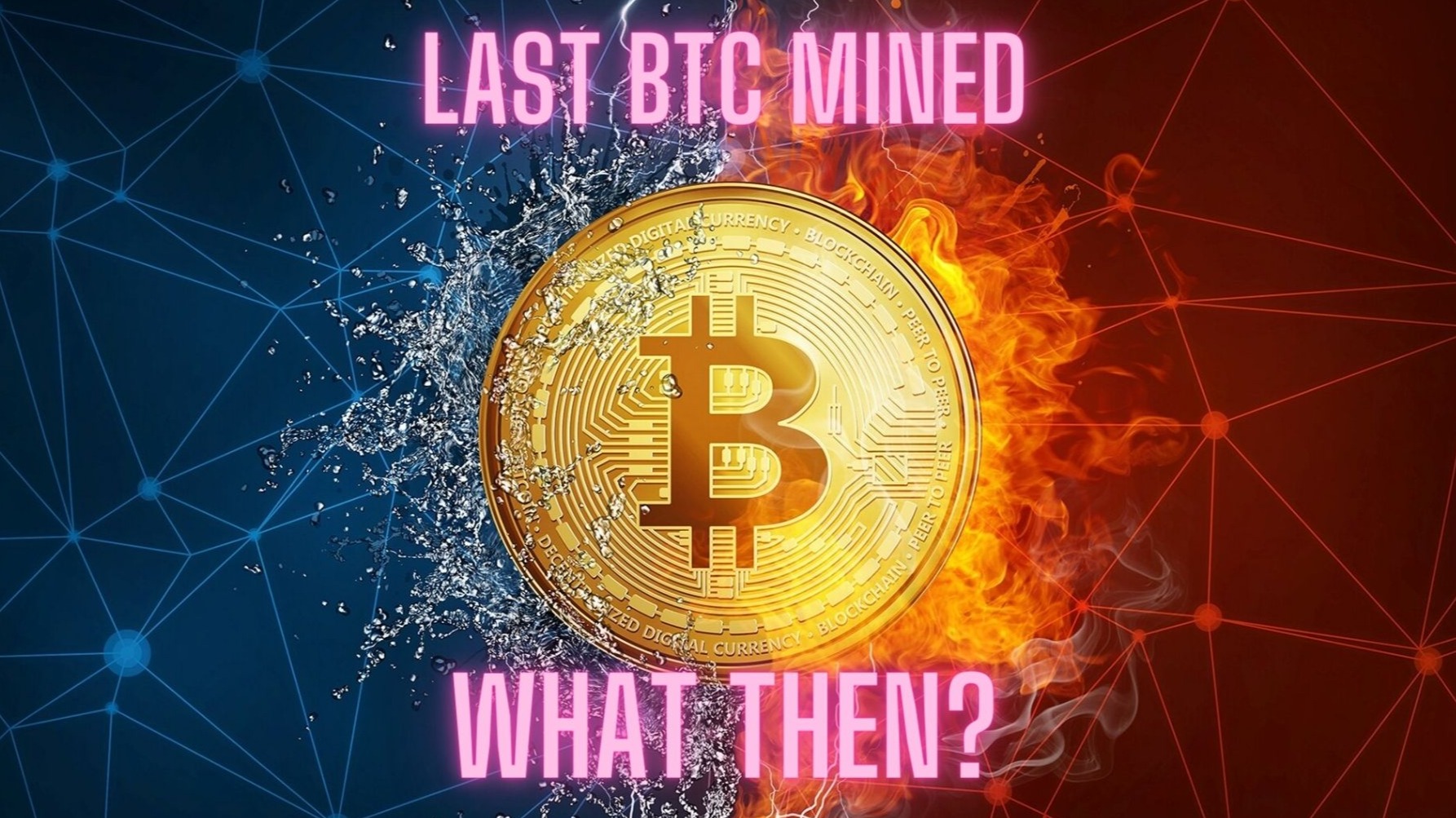 Last Bitcoin Mined - What Will Happen?

Bitcoin hits all time high! How far can BTC go? And how quickly will we see another BTC-Rally? All these questions are floating through the minds of BTC investors. But in this article, we want to cover another question. What will happen when the last Bitcoin is mined? Like we all know BTC has a maximum supply of 21 million and I will try to outline the possibilities that could occur when the last one is mined.

When will it happen and what happens then?

Like we all know, BTC is given as a reward to miners for processing transaction on the Bitcoin Blockchain. New BTC are issued every time a new Bitcoin block is mined, and the Bitcoin code ensures that this happens roughly every ten minutes by adjusting the mining difficulty depending on how many miners there are. Furthermore, the Bitcoins halving are reducing the block reward by 50%. Such a halving happens every 210k blocks. These halvings are significant because the sudden reduction in new BTC supply cause an eventual spike in the price of BTC assuming demand for BTC stays the same or even increases after the halving happened.

Anyways, these halvings can not keep happening for ever because like I mentioned in the introduction, the maximum amount of BTC is 21 million and this limit is built into Bitcoin’s code. Which brings us to the question: When will the last BTC be mined? If you google the answer, then google will tell you it will happen in the year 2140. For this calculation it is assumed that each BTC halving is happening every four years. If you would look closer at the dates you would recognize that these halvings are not exactly four years apart but only three years and nine months. So if you would assume the 3.75 years as the time span for the halvenings then you would get the year 2078 for the last BTC to be mined. 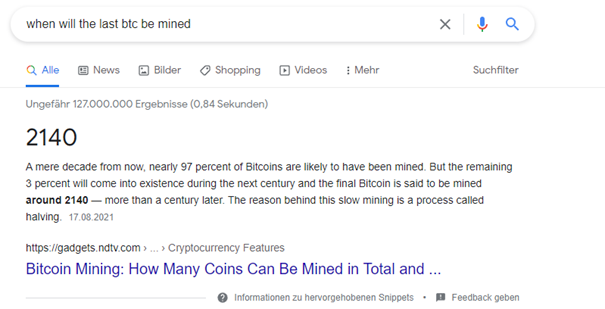 When there is no more BTC to mine there will be no more economic incentives for miners and the Bitcoin network will die. Due to the fact that the entire cryptocurrency market is dependent on Bitcoin every cryptocurrency will go to zero. Just joking! I got you there, you can admit it! Lets brake this down: First off, Bitcoin dominance has been dropping over the past years which suggests that BTC will not be the largest cryptocurrency by market cap in 2078. That means that the rest of the crypto market will not be as depended on it anymore. Also, besides what the BTC miners get from each new Bitcoin block they also earn fees as compensation for processing transactions. It can be found that miners are earning something between 0.5 and 1 BTC per block on transaction fees alone. Many people are thinking that by the time the BTC supply runs out that these transaction fees will be enough to sustain the network. There is just one problem with this hypothesis. Given that Bitcoin can only process seven transactions per second it is very unlikely that is going to become the payment network that is used for microtransactions.

One of the solutions could be a layer 2 solution like the Lightning Network, which I described in another article of mine (Article). The main problem for the above explained scenario would be that those layer 2 solutions would reduce the number of transactions and hence reduce the transaction fees for the miner. With this being said, it is pretty clear that the idea of Bitcoin is now as a store of value and not as a payment solution. This means that the BTC network has to survive without the transaction fees. This could be included in the next solutions.

Sustaining a proof of work network like Bitcoin’s requires a lot of computing power and a lot of electricity. These make up the bulk of the operating expenses of crypto miners around the world. This is also why most of the mining farms go to countries and regions with cheap energy. Even though we just mentioned that the bitcoin blockchain can not survive on transaction fees alone, it is under the assumption that the cost for mining will be the same when we run out of BTC to mine. However, it is very likely that energy will become cheaper and technology will become more efficient in the coming decades. You just have to take a look at El Savador that is now using Volcanoes to mine BTC.

Economic incentives are not the only thing that could keep the BTC network afloat either. With the ongoing cryptocurrency adoption, big banks and even the public sector like governments will have all the incentive in the world to make sure the Bitcoin network remains secure and operational. If public institutions hold BTC after the last one is mined and they find out that the miners are about to shut off their mining rigs because they are not making profits, they would not hesitate to pump some money into these mining rigs to keep the whole thing going. Another way could be that they will start their own mining operation to sustain the Bitcoin network.

One last solution could be to increase the maximum amount of BTC. Technologically it would be possible to do this as long as there is a consensus from the economic majority. That includes all economic participants holding or mining BTC as well as developers and users.

As we have seen in this article, BTC has more than one way of surviving the day those BTC mining rewards run out. I doubt very much that this will happen in my lifetime but if it will I have no fear of this happening. I think the ongoing adoption shows that crypto is here to stay and it will not go without a fight and not because of a technical issue. What do you think, which solution would be the best or do you have a different solution to this problem?