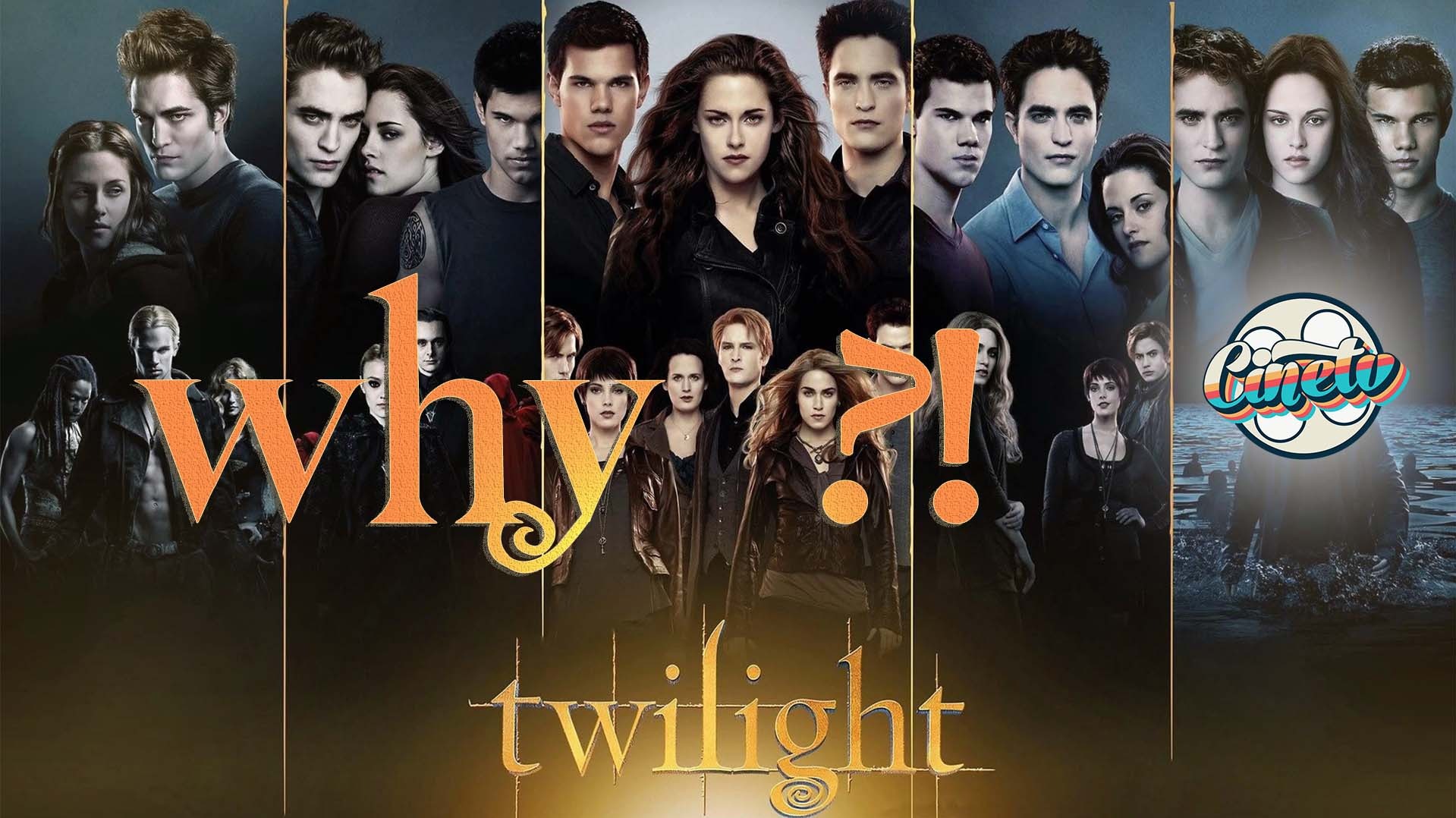 It took me some time but I finally achieved to watch all the 5 Twilight movies.

I already made a post about the first movie of the saga and you will understand why there is only 2 post for 5 movies.

This post are only here because of Netflix, in France the saga just have been added to the catalog and I realized I'm not the only fool to watch them all because they were all in the top viewed movies in the country.

In the first movie I had enough things to share to make a pretty huge post. But even if this one is about the 4 next movies, I don't think I will have as much things to say as the first.

There is one main reason. The movies are empty.

I mean, most of the plots are useless, even they are even just false, characters misunderstanding the global story and making stupid things related to that. Or, just pointless reactions.

The whole last movie is about the bad guys thinking they have to kill the baby vampire. But the baby is not really a baby vampire. They just have to say it to the bad guy to stop them but there is a sentence said by a character "Once they have something in mind nobody can make them change their decision". But they finally talk to them instead of fighting and everything is good.

The movie is just "we are preparing an army to fight the bad guy because they won't listen to them", the ennemies arrive, the Cullen family talk to them. And it's over. They just had to send and email and the movie was just 5 minutes long.

And between that bad story plus there are only moments where they are making out, it takes too much time, it's really awkward. I understand that's because the movie aims a precise public and that's exactly what they want, but that makes it hard to watch if you are not a youg girls between 9 and 16 years old living during the years 2010.

I have to say I really enjoyed the first 20 minutes of the last movie ! And I totally identified the reason.

My favorite Tv Show is The office.

This show is known to be always embarrassing and nobody make it better than them. The difference between twilight's and The office's embarrassing moments is that The office totally know it's doing it. They aren't trying to make something else that finishes to be cringe.

But in the first minutes of the last film, they also do it that way, and I have to say they do it pretty great. All that moment is really funny and and extricated me few genuine smiles.

And that is probably the biggest emotion I felt during all the movies. Except embarrassment maybe.

I don't have much more things to say.

Most of the things I felt was boredom. I really feel like the 5 movies could last in 2 hours if you want to make it great, just have to suppress pointless side plots or timeloss scenes.

One of the reason I hated those movies is because the story is great. There's plenty of incredible ideas in it.

Bella being a sort of shield makes something great but we don't have any explanation.

We saw in the first movie she's vegetarian and that's maybe the reason she can avoid human blood so easily in the last movie. But here there's a problem too. We only see she doesn't eat meat in the first or maybe second movie and that's totally stopped after that, we just never hear of it anymore, even in the first movie it's quite discreet.

But that's not the only capacity she has when she's a new born vampire. They all say she's better than everyone else was at first. She's a better vampire than all the other. And we don't know why too.

The Cast of 5th movie is incredible ! But so badly exploited. When you have Rami Malek in your movie and I don't even remember anything he does in the movie except that water wall, it means something have been missed.

I'm happy I saw it one time in my life, but I really think I will never do it again.

I hope if yuou liked it you don't hate me now, I can understand and I hope somebody liked it because it clearly have few qualities, but that is absolutely not the ones I'm looking in a movie.