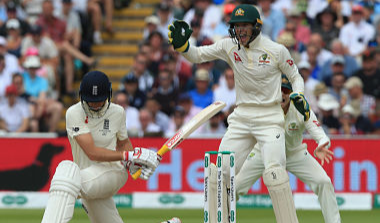 The third test of the ashes cannot be said which team will win. Changing the colors in the wick. Once Australia seems to win, it seems shortly afterwards that England will win. This test runs today for the third day. The first Australia where Australia were bowled out for 179 runs seemed like England might win this Test. But England bat worse than Australia. They were ashamed of World Cricket by only 67 runs. Australia scored 246 runs in the second innings. England lost the 3 wicket haul by 151 runs to play in the target of 359 runs. Everyone thought maybe the second innings would be like the first innings. But joe root and joe denly didn't let that happen. They formed a partnership of 126 runs. It was a bit unsettling for Australia. But this did not allow the herd to go too far. Jesh hezelwood breaks their partnership by kicking out Jose Denley by 50 runs. But the joe root is still unbeaten 61 runs. There is still some more left over on the third day. If you can drop a few more wickets. Then maybe make the game for Australia. And if the wicket is delayed then the game may be turning towards Yingluck.
Let's see which team can win this test. 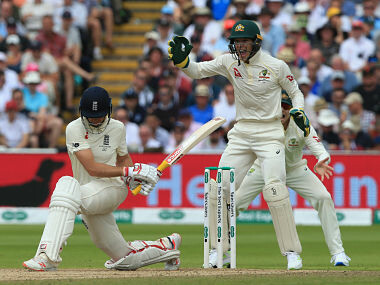