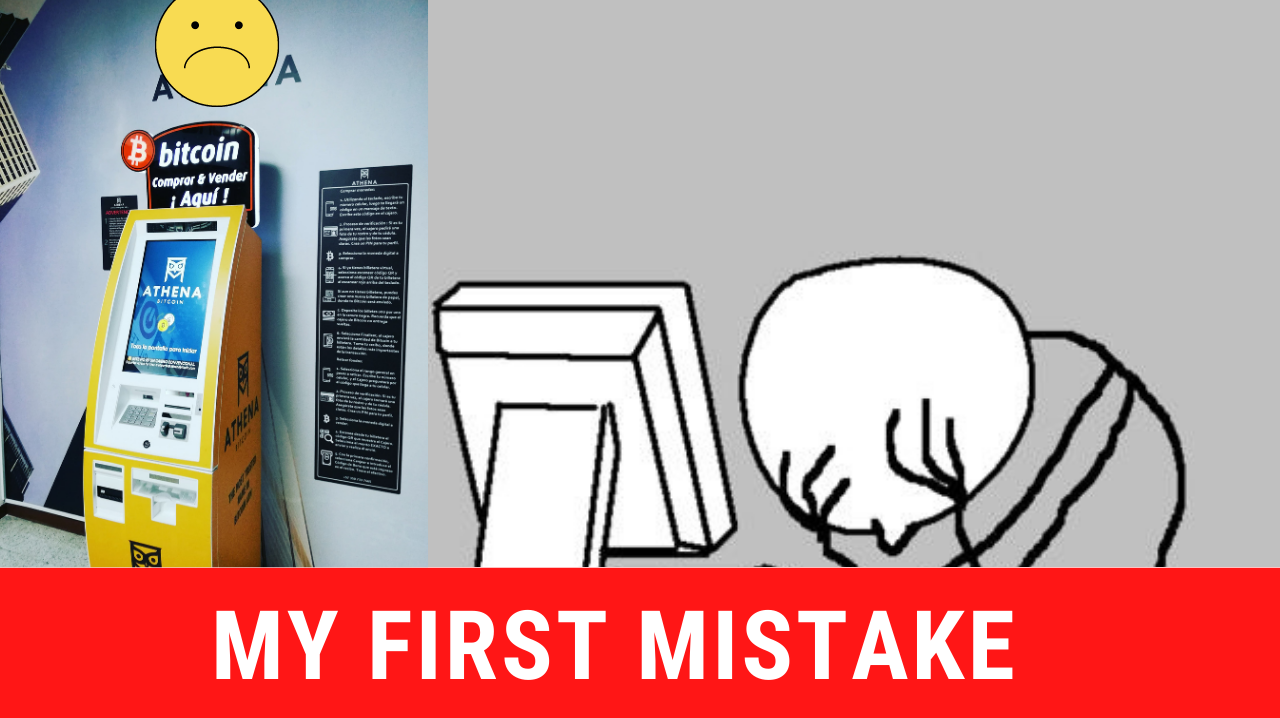 My first mistake making a withdrawal.

I received my first income in steemit and they paid me on steem I was so excited because it was a good payment. However I haven’t any idea how to withdraw and covert it into dollars (or my local currency).

I watched a lot of videos from people of my city teaching how to withdraw steem or any other crypto and I found an "easy" way to do it. It was by an ATM, so you sell your crypto and receive cash, pretty easy isn’t it?

But... it was a nightmare making this withdrawal. First, there aren’t many crypto ATMs on the city and the nearest from me was about 15min by car, it’s not bad but when I arrived to the place, the ATM was out of cash. I called to the company and told me the only one that had money was about 30 from me.

I went to that store and I yes there was cash available. But I had to sign up and received a sms confirmation in order to use it. No kidding but that sms was like 3 hours to receive it. Once I received it I sent from my wallet the money and everything was correct. But I didn’t received any cash because they said there weren’t enough confirmations for transactions.

I called again and I didn’t receive a response, I was so stressed haha, i didn’t know what to do. They called 3 days later saying that I sent the wrong amount of money because they charge an amount for commission.

So basically they only paid a half of the amount I requested and they keep the other half. I felt so robbed but I didn’t know anything about it and the videos I watched didn’t say anything about commissions.

I don’t wanna make a bad review about that company but I’ll never gonna use it again. I’m still looking the best way to withdraw my cryptos but at the moment I won’t do it.

That was my first bad experience in this world but we learn from our mistakes, this is what life is about. Thanks for reading and see you soon!

My journey to this crypto world, learning, experiences and sharing thoughts. Never do what I do, and of course not a financial advice. Also I want to share music and things that happens in my life