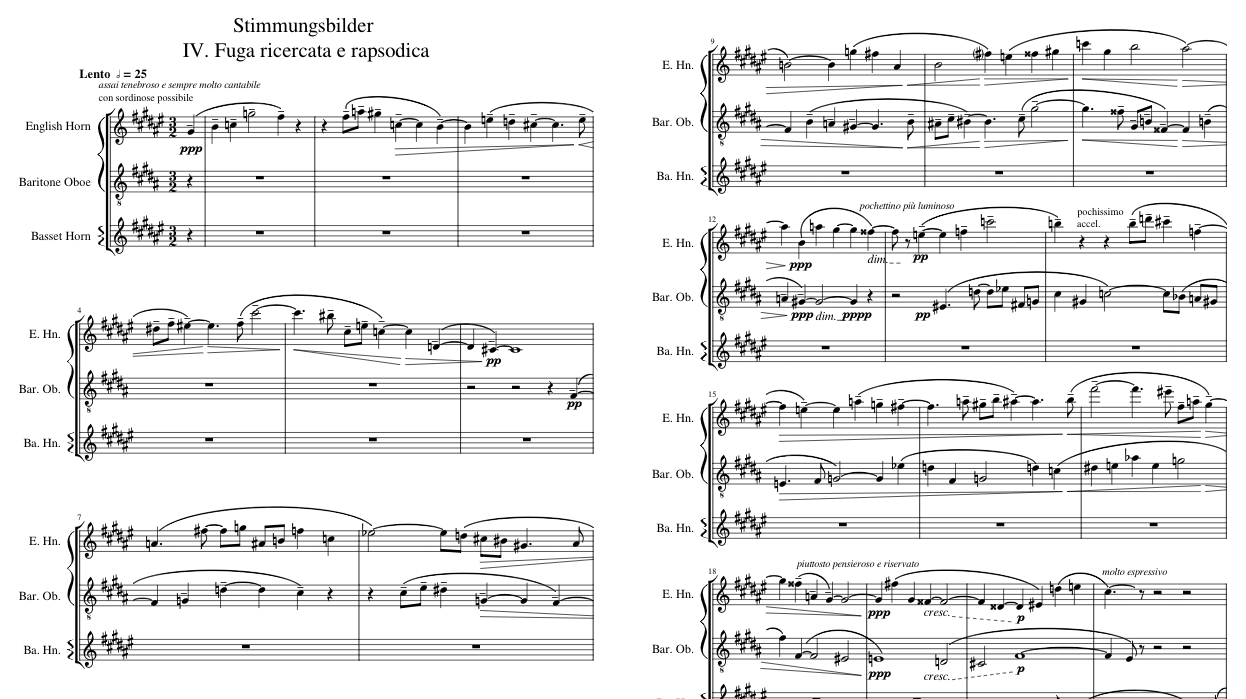 Fourth in a set of "atmospheric pictures" for varied combinations of solo woodwind and keyboard. A "studied yet rhapsodic" fugue scored for English horn, baritone oboe, and basset horn, the twisting and highly chromatic subject of which spans a diminished twelfth (octave plus diminished fifth [tritone]) in its complete and unvaried form as first sounded in the English horn. As "fugue" is more properly a technique than a form, here the initial exposition, lengthy central development, and modified recapitulation that comprise this fugue approximate something like a monothematic sonata-allegro form, albeit one dealing in a great deal of tonal ambiguity teetering on the precipice of so-called "atonality". The unusual and expressive subject experiences inversion, compression, stretto (overlapping statements), fragmentation, rhythmic displacement, augmentation, intervallic widening or tightening, and other procedures of developmental variation that -- in combination with strategically-placed accelerandi, ritardandi, crescendi, and dimunuendi -- render this fugue a highly charged piece of musical drama. An augmented and rhythmically displaced final statement of the subject by all three members of the trio in open octaves concludes the fugue. The painting in the video is "Lost Vessel in the Moonlight" by Knud Andreassen Baade. Check out the full engraved score here.

If you enjoyed this, please consider becoming a patron at https://www.patreon.com/philipdaniel