The Most Prominent Iranian Dances That Are Still Alive (Part 2)

As we read in the previous article, Iranian dances are very diverse and have their roots in an ancient cultural, historical, and literary context for thousand years ago. 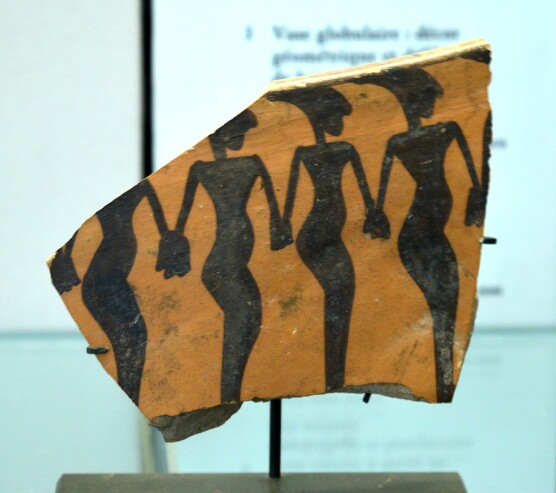 Numerous examples of ancient paintings can be found on the ancient hills of Iran. These archaeological findings indicate the prevalence of dance as a social religion throughout the ancient Persian Empire.

Let’s continue with a list of Prominent Iranian Dances:

There are many different dances in the Lori regions of Iran. For example, handkerchief dance is one of these exciting dances that is mainly performed among Bakhtiari and southern Loris and is the dominant style of dance in wedding celebrations. This dance is performed by men and women and has different performance methods in harmony with the music. 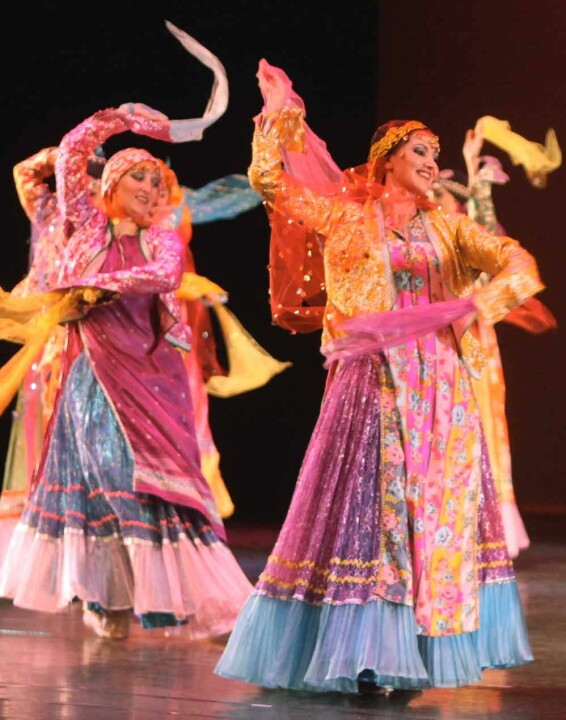 Stick dance is another type of Lori dance, which is a special one for two people and is often performed in celebrations associated with martial arts and heroism. This dance is often performed by two men, although sometimes women participate as well. A performer (defender), holding a long, heavy stick, first dances with the stick and then takes a defensive stance. The other performer (attacker) takes a shorter flexible stick and, after dancing and showing off separately, they start to engage in a theatrical war. 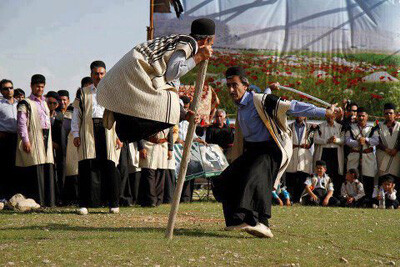 In Gilaki dance, first the worship of God and then the three stages of planting, caring for, and harvesting rice are shown: Rice fields have long been the main source of income for the people of northern Iran and most of this dance is dedicated to the prayers and thanks of God for the blissful crops.

Among the dances and songs of the Turkmen, the most famous and old school one is Dagger’s prayer (Zekr Khanjar). Dagger’s prayer dance is a common art form among the Turkmen and, like many local and indigenous games, has its roots in the distant past. This dance, which is performed in a group with traditional clothes and a dagger on the waist, has a  prayer-like state, and in a way is like the Sufi dance with mystical and passionate movements. 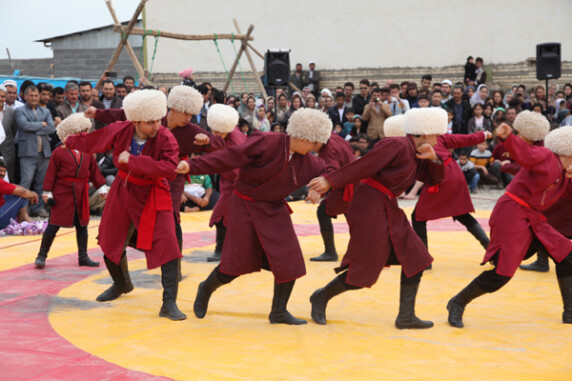 Bandari (means port) dance is also popular in the south of  Iran means Abadan, Khorramshahr, or Bandar Abbas. Bandari music and dance have a fast rhythm that is accompanied by trembling shoulders and shaking hands and fingers. The legs are placed next to each other step by step on the imaginary line of the circle, and sometimes the hands are placed on the back or in front of the body and above the head. Raising and lowering the hand in front of the body, which may be accompanied by a sword, is effective. This type of dance has been inspired by Arab and African people from the south of Iran. Nowadays, the  Bandari dance is very popular in Iran because it is joyful and people all over Iran love this kind of passionate dance. 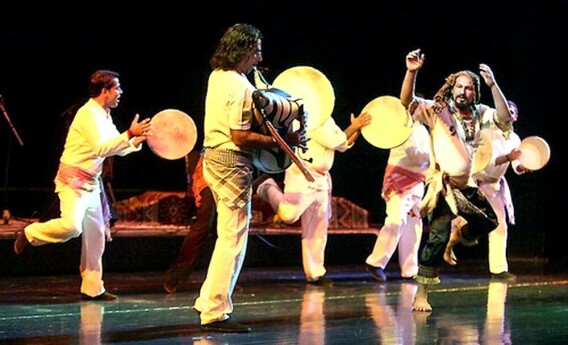