The Most Prominent Iranian Dances That Are Still Alive (Part 1) 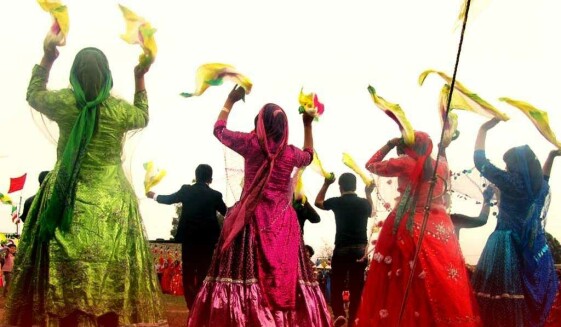 In all parts of Iran, as in other countries, local dances specific to that region are common. And the history of some of them dates back to several thousand years BC.

Archaeological findings in different parts of Iran show that dancing was practiced as a folk ritual throughout ancient Iran. Mithraism or Mehr-worship, which was a very old religion of the people of Iran, had rituals that were performed with dance.

Types of Persian Dance that Are still alive among people…

The ritual dance is one of the famous types of Iranian dance. The oldest type of Iranian dance is ritual dance, which includes a set of rhythmic movements that are performed within the framework of a tradition or ritual and generally performed in groups. The ritual dance is a reflection of inner states or It is mystical. Many historical pieces of evidence, including paintings on rocks, cave walls, and ancient excavated pottery, show the existence of ritual dances throughout the Iranian plateau and from time immemorial.

This dance is now known as the Sufi dance. 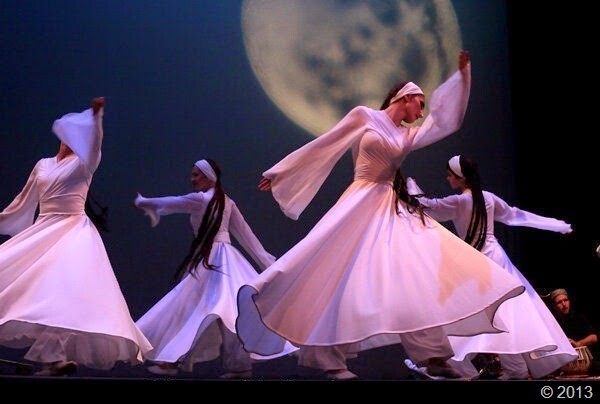 Many Azerbaijanis live in northwestern Iran and the cities of Tabriz, Ardabil, Urmia, Zanjan, Qazvin, and Hamedan. The movements representing the arm and the delicate steps are distinguished from the other dances. The delicate steps of the dancer are covered by long slopes and it seems that the dancer is floating on the ground. The dances are sometimes sad, sometimes fiery, and more lyrical and reflect the glorious nature of Azerbaijani women. Azerbaijani dance itself has several types. 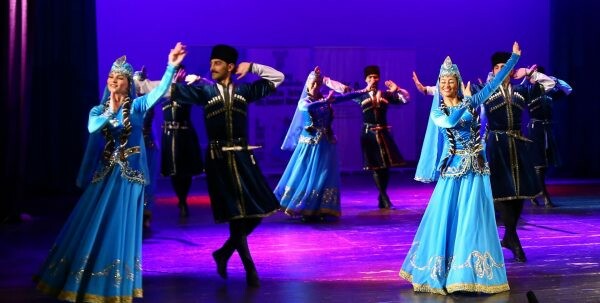 Among Sistani men's dances, we can mention the sword dance or its simpler form, ie wood dance or wood game, which is performed with drums and instruments. In addition, the Herati dance is one of the old dances of the people of Sistan and Khorasan provinces, which today with Sistani dances are mixed. 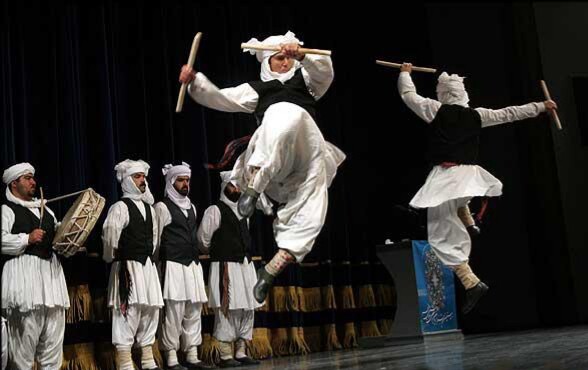 In this dance, usually, the best dancer (male or female) assumes the role of leader, and the first person is the circle of dancers. He skillfully performs dramatic movements with a handkerchief in his right hand, and with the help of exciting sounds and sometimes with words, while adding to the excitement of the dancers, he takes responsibility for regulating the speed and rhythm of the group's movement.

The leader can sometimes detach himself/herself from the dance ring to create more excitement and perform individual theatrical movements according to his skill. B

The most desirable position is for the dancers to be in the form of (wheat and barley), or in other words, a woman and a man as one. There are many different types of Kurdish dance itself. 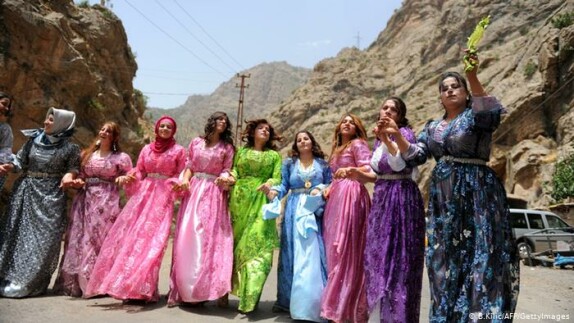