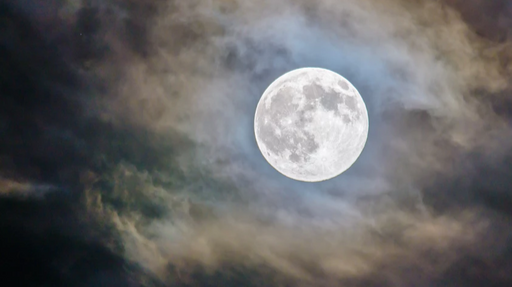 “Can you see a single cloud in the air?” Cevo asked.

I looked up at the sky, and the air was brilliant. He took advantage my hesitation and started driving me away from school.

"What about the lessons?” I asked.

“They are on the moon. We're on foot. Let's go for a walk,” said Cevo. Three months ago, Neil Armstrong set foot on the moon, and if the astronauts could walk on the moon, we could at least go around the city.

Our first stop was the dump of Americans that worked for the NATO Trabzon base. As a result of the treasure hunt we did among the garbage, Cevo found a Pall Mall cigarette pack with three branches of cigarettes left in. We smoked cigarettes with pleasure. From there, we walked to the beach where The Johnnies went into the sea with their families. Cevo said our goal was to see African American soldiers, but I knew his real purpose was to watch the girls in the bikini. We started to watch The Johnnies behind the barbed wires surrounding the beach. There were neither bikini girls on the beach nor African American soldiers. One of the soldiers in there pointed us. Cevo, without hesitation, jumped over barbed wire and approached the soldier. So I followed him. It turns out they invited us to transport the portable tables and chairs on the beach. We moved things with great enthusiasm, hoping we'd get a nice tip at the end. When it was over, they offered us a beer. Cevo burped as if he had an ox in his throat after drinking the whole bottle at a time. The soldiers realized Cevo was crazy and laughed. They gave us a tip, and we left the beach with joy.

We jumped into the vault of a truck passing the coast road and went to Taksim Square. First, we went to the cinema; then we had an excellent meal. Then we thought that looking at Gorgor's lunatics would be a great idea. For this purpose, we started to walk to Kunduracilar street, where their shop was located. They were strange guys, and every time we walked in front of their shops, we saw them sleeping in their seats facing the street. There were always two trays with empty plates on the coffee table in front of their seats. I was so scared when they suddenly woke up and dictated their piercing gaze to us as if they suspected something. They seemed to have sprung out of the horror movie with their large belly, a beard like thorns, and greasy white hair. I heard from my uncle that they were sons of a wealthy merchant named Gorgor. When their father died early, they had sold pieces of the real estate they had inherited and spent their lives entertaining themselves. In the end, only this shop is left. They sold a part of this last property every year to the neighbor shop, and each year they pulled the sidewall in. There was nothing in the store except a few bearings in the boxes that faded from the sun. Aside from shopping at this store, I've never seen a single human stepping inside. Gorgor's lunatics were not in the shop, Cevo entered the door, and after a short pause, he began to go down the stairs at the back of the shop. I followed him with the courage of the beer I drink on the beach. There were large electronic devices in the big warehouse under the store.

“They stole these from The Johnnies,” said Cevo and then began to examine the copper coil on one of the devices. He pointed to the device and said, “at least two kilos of copper will come out of this.”

I was afraid of Gorgor's lunatics, so I said, “Let's go.”

"One minute," said Cevo, studying the devices with the care of a jeweler and calculate how much metal can come out of them. I remembered a report from a local newspaper about devices stolen from the NATO base. The Johnnies were furious and asked the governor to capture the thieves as soon as possible.

While Cevo was busy with the devices, I heard footsteps on the stairs. Looking back, I met Gorgor's lunatics' crazy look. My heart was beating like it was going to pop. Two older men were looking at us with a vague sense of victory.

“We found our porters,” one said to the other one with a wrinkled lobe on his left cheek.

We took the devices they pointed at and entered the tunnel where the light of their lanterns showed us. We walked a lot through the tunnel. At last, we heard the sound of the sea; walking from the ground, we have approached the bottom of the Ganita cliffs. They wanted us to put the devices into the control room we reached at the end of the tunnel. As soon as he dropped the device carried, Cevo attacked one of the elders. He's got the scalp of the older man while he was trying to pull his hair out. It turns out his skin under the mask was covered with shiny blue dots. I was motivated and tried to attack the other man. I was afraid when he springs fire toward me. Cevo took a look at the fire that the older man put out of his mouth with the mask in his hand. The other creature who understood that the springing fire was working did the same. Cevo raised his hands to the air, expressing that he had surrendered. As their identities were revealed, my old man also took off his mask. We were dealing with strange creatures that resembled both a bird and a snake.

“If you were smart, you wouldn't be in our warehouse without permission,” the creature said.

“Excuse our friend; he can have some impulsive behavior. Our families wait for us; if we're done, let us go,” I said.

The creatures laughed with a sound like a door squeaking. The taller one suddenly became serious and said, “You weren't going to step on the moon.”

“We didn't do it. The Johnnies did,” said Cevo.

I said, “Let us ask permission to go. We will not say anything to anyone, even if we say it, I am sure they will not believe.”

They put us in the seats in front of the command desk and tied us to the sticky nets they pulled from the tips of their fingers.

Cevo said to the creature that tied him, “Be good, blue spider.”

“We will host you on the dark side of the moon,” the creature replied.

When I heard about the trip to the moon, I screamed, “I'll break your mouth, let us go.”

Immediately after we entered the room, the door to the tunnel closed, and the room we were in began to move through the sea. I could see how fast we were moving through the water through the round windows. The sticky net that covered us smelled like a stink. I got many of them in my palm, and I started rolling, and I noticed that it melted. I began to fold the net that was wrapped around me with this method. Soon as there was a missile under the ship, it came out of the water and rose to the sky. The creatures fell asleep with the ease of leaving the world.

“Can you see a single cloud in the air?” I asked.

For a moment, I remembered my mother and my platonic love, Perihan. Now I've solved the net, ripped off the rest of them, and jumped out of my seat, and I started hitting the buttons on the control table randomly. I panicked and started kicking the command table when I realized that we were continuing to rise. When I was kicking, I think my foot hit a button, our rise stopped, and then we went into a free fall. The creatures continued to sleep. I sat in my chair and waited for what was going to happen to us. The vehicle slowed down as it approached the sea level, and when it touched the water, it opened the top lid and threw us all in the air. As far as the voices and the ridiculous movements they made, I figured out that the creatures couldn't swim. After desperate flutterings, they were buried in the waters of the Black Sea.

"Our parents are worried about us," I said.

The city's lights were pretty far away, but I guess it wouldn't be a problem, we started swimming towards the beach.