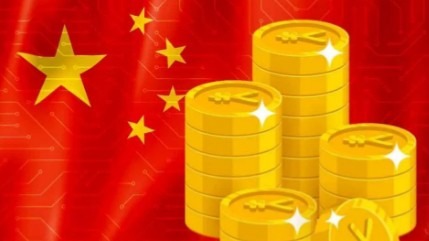 China's central bank is one step closer to issuing its official digital currency. According to an anonymous source quoted by the Global Times, PBoC has worked with private companies, has completed the development of the basic functions of sovereign digital currency and is now drafting relevant laws to pave the way for circulation.

As more and more central banks around the world cut interest rates to zero amid the coronavirus pandemic (COVID-19), China must accelerate the launch of its digital currency. Because this cryptographic-based digital money is the easiest tool to translate the central bank's zero and negative interest rate policies to commercial banks.

The patent covers several areas of digital currency, including issuance, transaction recording, digital wallet, anonymous trade support and assistance in overseeing and dealing with illegal accounts. The anonymous source also informed that patents also involved the basic functions of digital currency, including circulation, payment, issuance and anti-money laundering functions. "Judging from the patents, the first step in technology development has basically been completed," said the source. But he noted that the next step, which involved digital currency legislation and working with banking and insurance regulators under supervision, could be longer, which creates uncertainty as to the exact date of launch.

You should ask the owner of the website, if you want to invest... In this site you can ask everything about BTC investment with the owner. Cek the video first.