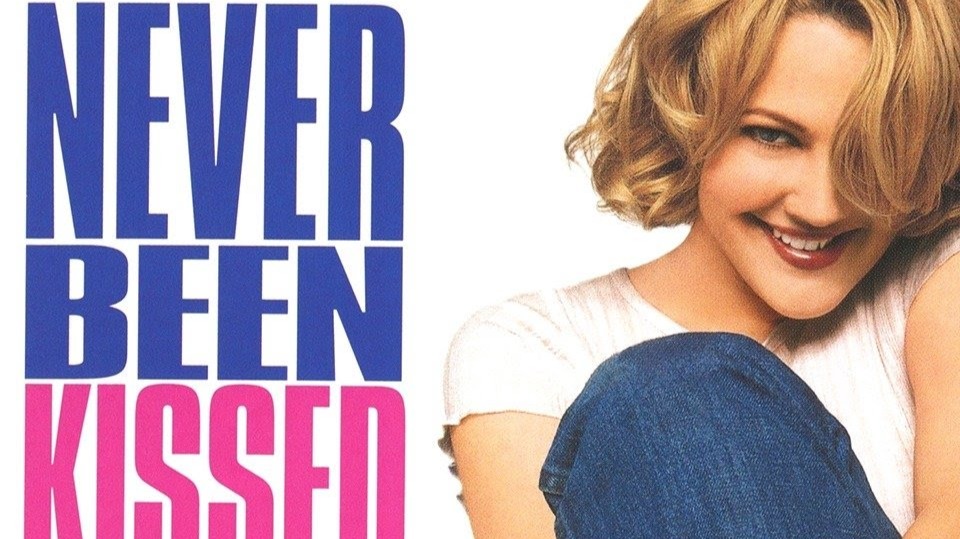 I Rewatched "Never Been Kissed", as an Adult.

Never Been Kissed, if you haven't watched it, is a movie starring Drew Barrymore as a 25-year-old reporter who goes undercover as a high school student, looking for a juicy story.  Having been a "loser" in her own high school years, Josie (Barrymore) finds this happening all over again as an adult, except now being "cool" and befriending the popular kids is something her job depends on. Amid all this, she develops a romantic connection with her English teacher (Michael Vartan) and at the end of the movie ends up getting her "real first kiss".

I watched this movie for the first time when I was a teenager and I remember just absolutely loving it. Nothing about it seemed off to me at all. I had a huge crush on Michael Vartan and I remember wishing I had a teacher like him.

Rewatching this movie in my late-twenties, however, was a very different experience.

First of all, let's discuss the teacher-student love story that I thought was adorable when I was a teenager. Barrymore's character at the end of the movie fights for a man who, let me remind you, was attracted to someone he thought was 17.
How have no red flags been set off for this woman? How is she not questioning why this man is attracted to teenagers, or why he would say the things he has said to her to someone he thought was a teenager and who, again, let me remind you, he thought was his student? Aside from questioning his ethics, I would be questioning his past and I'd be very worried about how he acts with his other current and future students.

Here's a strange plot hole, too: when her colleagues learn of a connection Josie has been forming with her teacher, they want her to pursue it for a story about the ethics of student-teacher relationships. She decides not to write on it because she cares about him too much and doesn't want him getting into any trouble. But then at the end of the movie, she reveals everything and a stadium full of people watch them get together, thereby admitting to the initial teacher-student relationship. How does nothing happen to the teacher? How does the school not get involved and investigate? Is the school supposed to believe this is the first time he's told a student that "when she's [his] age, men will be lined up for [her]"?

Sure, the whole point is supposed to be that Josie is not like the regular high school student - she knows a lot about literature and Classics and she's very passionate about Shakespeare. But is it so difficult to image a teenager like this? My point is just that there's really no excuse or justification for the teacher to be crossing the line with one of his teenage students (by dancing with her, telling her about his personal life, or calling her beautiful). But because Michael Vartan is attractive and charming, and because we, as audience members, are aware that Josie is actually 25, we let it go and we root for them to get together.

Another equally strange aspect of the movie is Josie's infatuation with a popular teenage boy who reminds her of someone she used to have a crush on when she was in high school. Sure, she's supposed to be living out her teenage fantasy, but what world is this where adults are attracted to teens and everyone's just cool with it?

Another part of the plot involves Josie's adult brother enrolling in high school in an attempt to make his sister popular and pick up his baseball career where he left off. Now why is no one concerned about how easy that was for him to do? what school is this where an adult (Josie's brother) can just attend high school and be around kids and no one questions anything because he has a fake ID that says he's a teen?

The final thing that bothered me while rewatching this is a very minor, but memorable, part of the movie. On Josie's first day as a high school student, she's not quite sure how to dress, so she shows up in an outfit that's very out of touch with how teenagers actually dressed at the time, and she gets teased for it. But here's what I don't understand: Josie is supposed to be 25, not 90. I'm in my late 20's, and I feel like I have pretty good idea of how 17 year olds dress (which coincidentally is not too different from how I, or other 20-somethings, dress).

Maybe the 80s and 90s were much more different in terms of style than the 2010s and 2020s are. That's really as much of a justification as I can give for why the writers would include that.

Here's a bonus, though: James Franco and Jessica Alba are in this movie, with almost no lines.  I had absolutely no recollection of this for some reason. The only explanation I have for this is that maybe they weren't famous enough for me to notice their presence the first time I watched this movie?

I rant about movies I've recently watched (or re-watched).