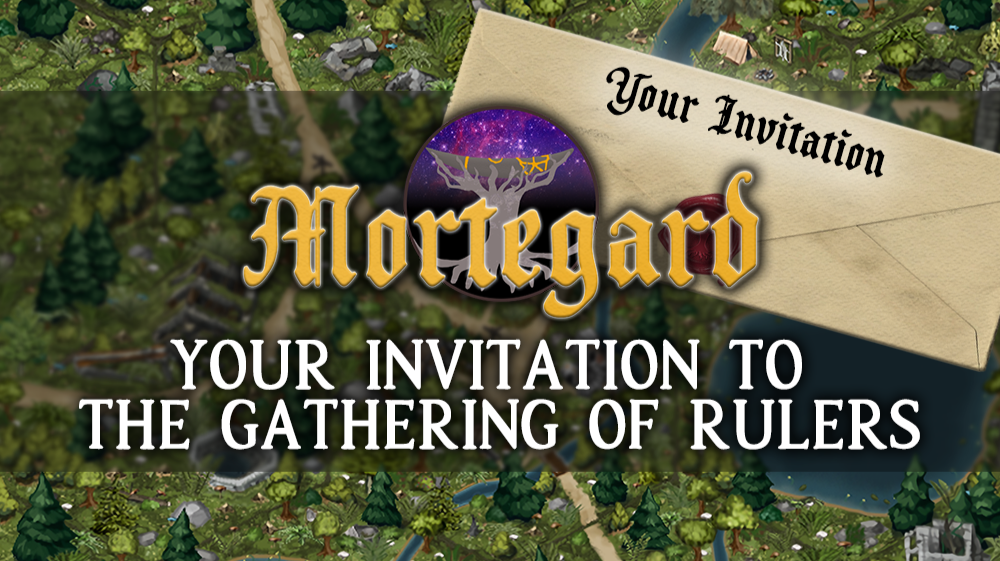 Your Invitation to the Gathering of Rulers

In the Kingdom Building Client players stake castles(ERC-1155s) claim land, develop their land and earn tokenized resources. These resources can be reinvested into developing land further, sold in Uniswap LPs or, most importantly, pledged to fantastical story events, the outcome and impacts of which is determined by live roleplaying events titled the "Gathering of Rulers".

In these gatherings, players are encouraged to Roleplay as the Rulers of Mortegard. Players will meet characters from the world of Mortegard(played live by members of the Dev Team) to discuss situations and negotiate terms with them. These are held on Discord and are open to all to observe and participate in.

These events directly impact the story of the world overall, and what contributions grant the greatest multiples in the Chaptered Story Events.

These chaptered events then impact the power and quantity of the rewards for players that choose to participate in them in game. So far players have managed to create and earn through play a Smuggling Network with the help of the Encumbered Eagles, and then enlisted their aid into their personal retinues as courtiers. 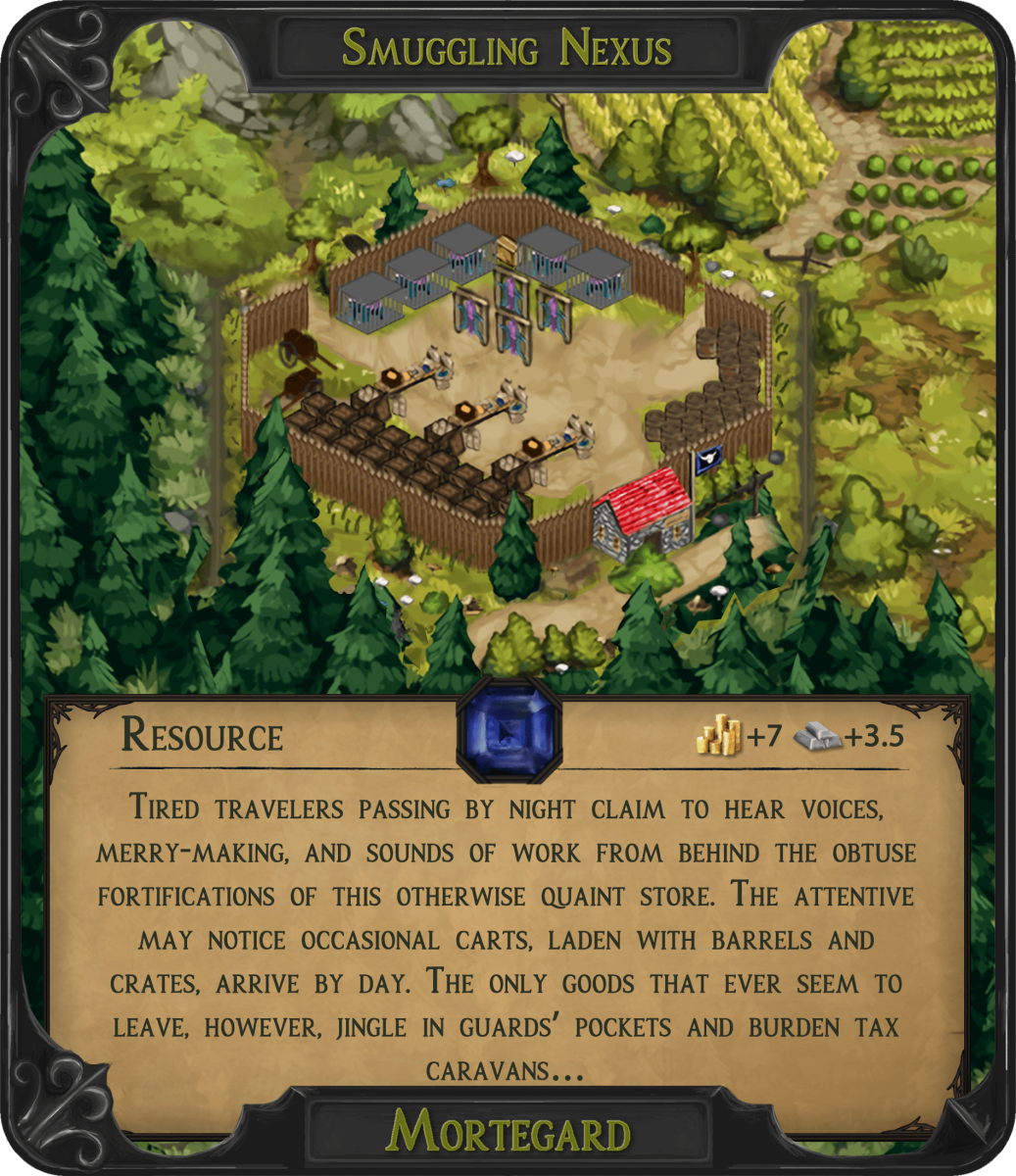 The Smuggling Operations players helps bolster produces immense amounts of gold and iron for those with them in their possession, while the agents improve the iron and gold outputs across an entire region when placed in the relevant castle to help manage affairs.

These decisions have not come without consequence however, and the attention of a powerful empire has been drawn. 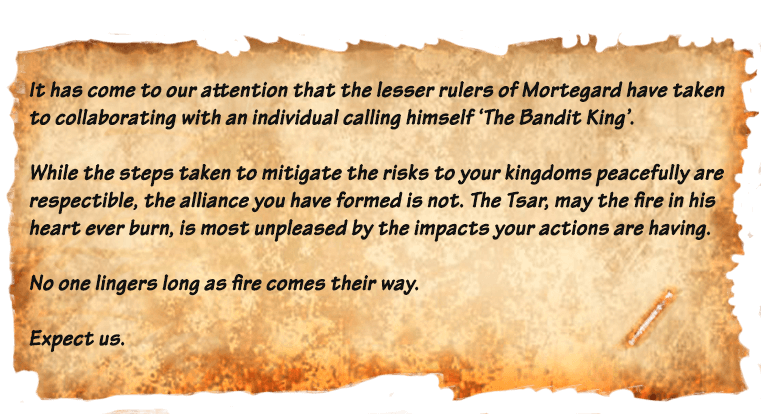 The next Gathering of Rulers is being held at 00:00 on the 17th of April UTC and you are invited to join in on Discord.

Mortegard is live and ready to be played now. A Castle is required to build a Kingdom, but not to participate in the Gathering of Rulers or Chaptered Events.

Currently the only castle that has not sold out is the Hinterland Settlement - a highly detailed biome allowing for 5 developments to be built with 1 courtier slot to help bolster production. 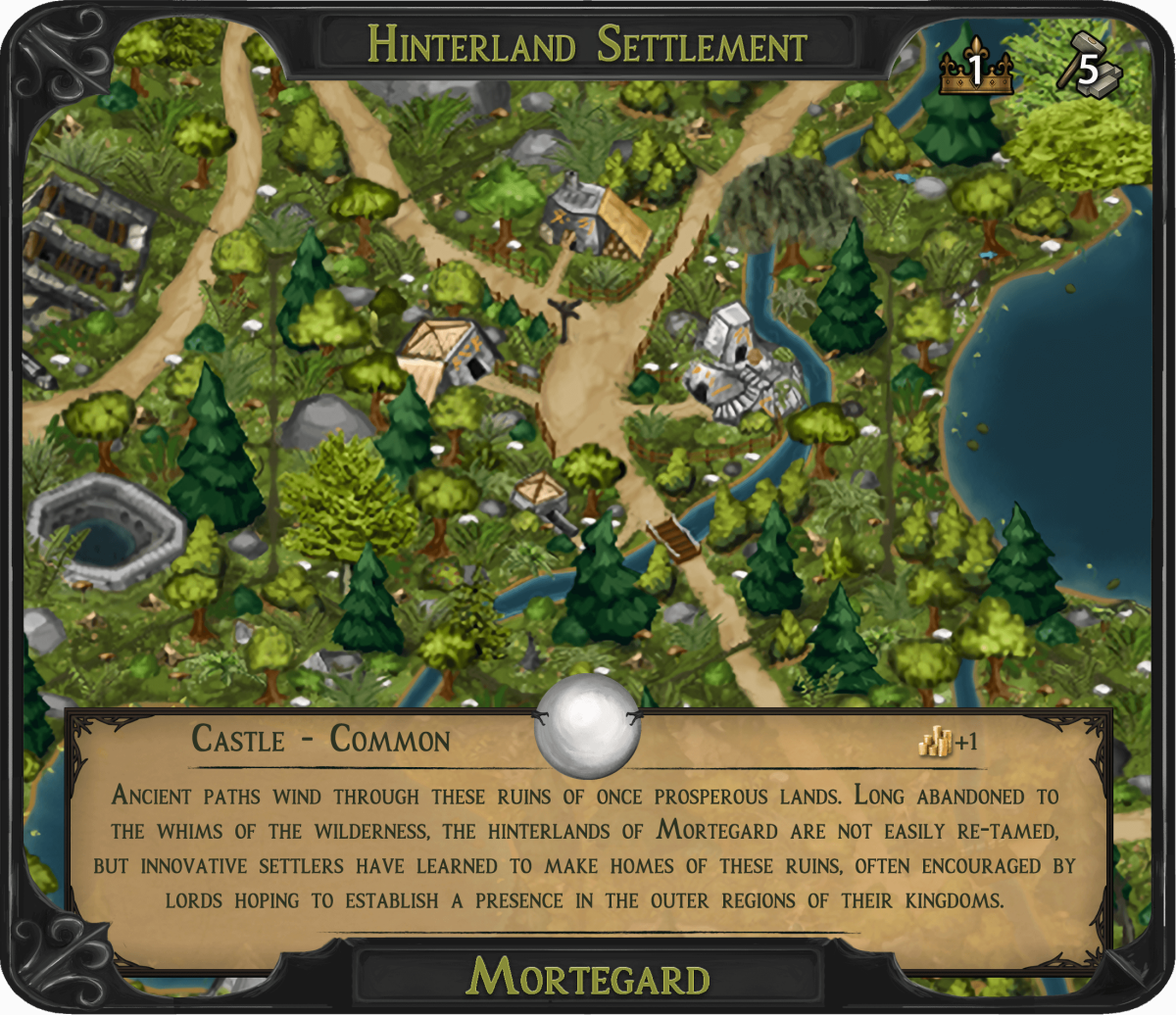 You can view the Hinterland Settlement here.

If you wish to view the entire range of castles, you can do so on OpenSea, or ask around in the trade channel on Discord. 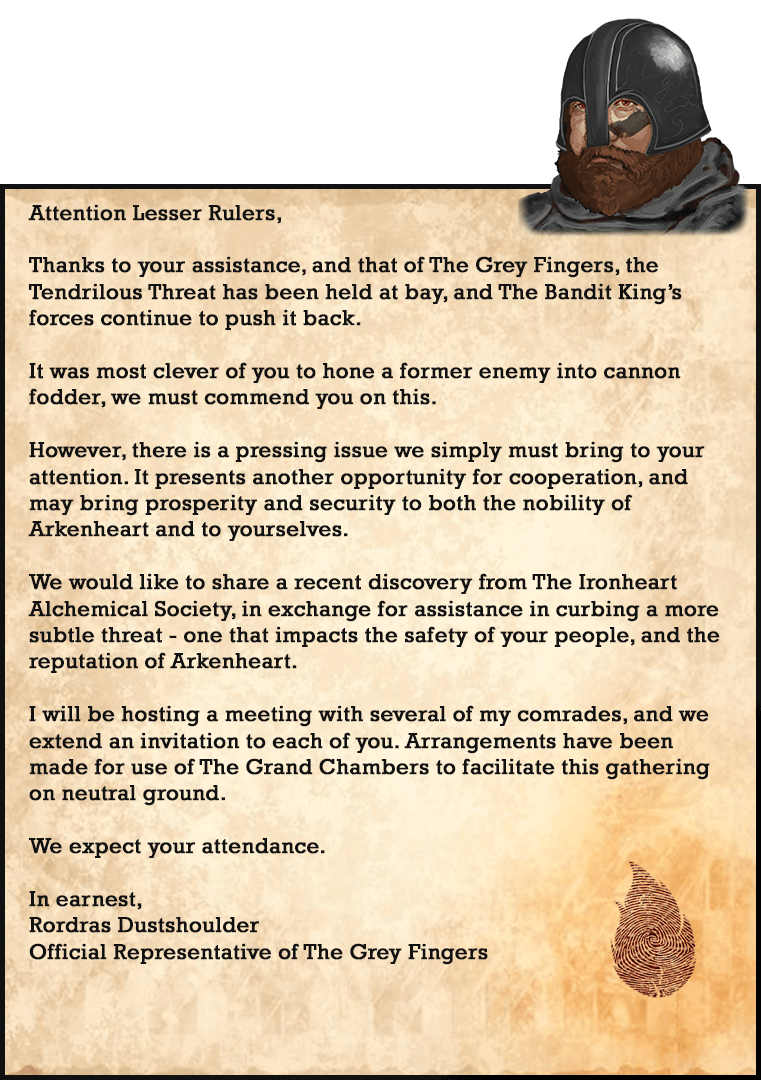