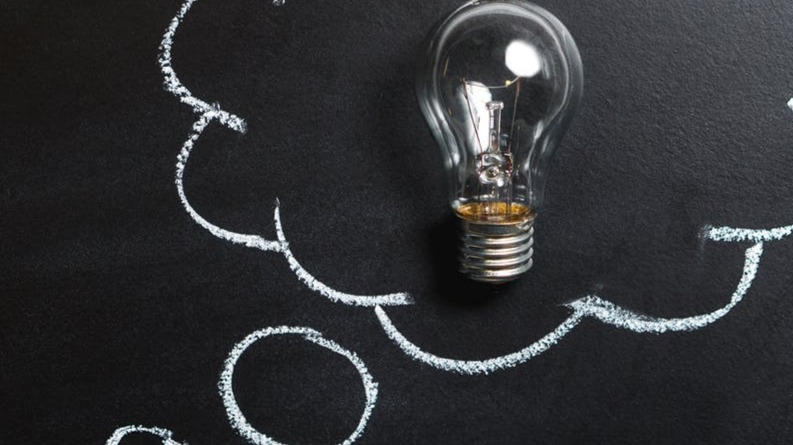 The term imagination is a mental construction and visualization of thoughts forms, matter and events! There are wide ranges in the ability or the power of imagination! Whatever you can imagine you can create! How true?

To a large extent, the make up of our world today is largely due to imagination. From the airplanes to the internet and mobile phones, no time in mankind's history than now have the human race tapped and harnessed the power of imagination. We live in an era where men send messages to extraterrestrial life forms or aliens with the messages expected to be delivered in few hundred years traveling at light speed. A product of Imagination!

Every minute someone somewhere in the world is having imaginative thoughts which will transform our world tomorrow either positively or negatively, politically or economically. Propagandas, nationalism, political reforms and uprisings are all products of an ambitious imagination of a just world country or system! The births of remarkable technological advancements has always been the products of imagination!

Imagination And The Human Mind!

Various first world powers security services have in one way or another weaponised substances that alter the mind to yield a desired result! There are countless scholarly works and hypothesis about the concept of mind control! It is an important ability if you must delve deep into the world of imaginations! The mind is like an immune system! It's strength and composition varies from species to species and individuals! The stronger the power of your mind is, the stronger the quality, picture and depth of your imagination!

It is something we do every now and then without even being concious about it! When something fascinates you and you can't seem to get enough, we sometimes snap into the imagination realm and create mental pictures of desires and thoughts! It is a wonderful feeling when you imagine something and be able to get a reaction from your concious state! Either by smiling or the moving of the hand! A little gesture as such is the bridge between your imaginative State and your conciousness!

The mind is the source! Imaginations are the resources! Great men of old, world leaders! Clergies know the importance and dangers of mind control! It could be a source of good or negative energy! But our major concentration is how to harnesses the power of imaginations to solve everyday problems we face like anxiety, loss of a loved one! It is the most creative part of the mental process! Simply because it is silent, free and abstract! It is the silent builder!

In Christianity faith is the assured expectation of things not seen, Yet hoped for! The strength of faith differs in individuals! What fuels Faith! Knowledge and imagination of the things hoped for! Meditation is another word for imaginations! It simply means think deeply about something, pondering over it!

To catch the excitement and picture of the kingdom of God and avoid eternal damnation, God instructed the Israelites to do couple of things, most important was meditating on the law and word of God day after day! In so doing the person will gain passive discernment and rare wisdom of God! It was all in the imaginative powers of meditation!

I thrive on the treasures of thoughts! I value them more than Gold! Thoughts are things! The secret underworld of the occult and ruling societies have used one form of mind control tactics or the other achieve their ends! Politicians and religious leaders sometimes use subtle forms of the power of imagination most times through propaganda!

A political leader could sell you an ideology designed in a way to leave the reactions and the final building of the idea to your imagination! You unconsciously Carry out the activity in your mind! Your reaction has been predicted! The whole plot premeditated! Your mind and goal gets synchronized with his, And you end up fighting and even ready to die for a concept that was not yours in the first place! The political leader or whatever the case may be must by then have achieved his end! So broad and effective is the power of imagination when shot in the barrels of propaganda!

A bird 🐦 was flying in the sky, And someone was watching! In the meditations and imaginations that ensued in his admiration of the Eagle 🦅 bird, he thought about man flying like a bird, 'not possible! What about attaching wings to a man to enable him fly to other places? Not possible! Alas what about building a giant machine like the shape of a bird so it can fly, then we could put people in it and fly it to different places! Alas the idea to build planes was born! Most technological advances we enjoy today are all first products of imagination!

The world of imagination is like a planet with an endless supply of Gold! You just need to have the strength of mind and character, the emotional and mind control necessary to delve deep into untapped planes of imagination! To fully understand and implement the advantages of imagination and meditation alone in our daily lives can bring tremendous success! Most times we do engage in this activity unconsciously.

In the part two of this article I will explore other forms of imagination! Including it's occult manifestations and it's use as a communicating channel! With certain substance inducements and high level of concentration there are frequencies of imagination that serves as communicative medium between two people! And also we would consider hallucination as a form of the imaginative power of the mind!

Thanks for your time!!!

I hope you enjoyed reading this article!!!

You can also like and drop your comments!!! Cheers!!!