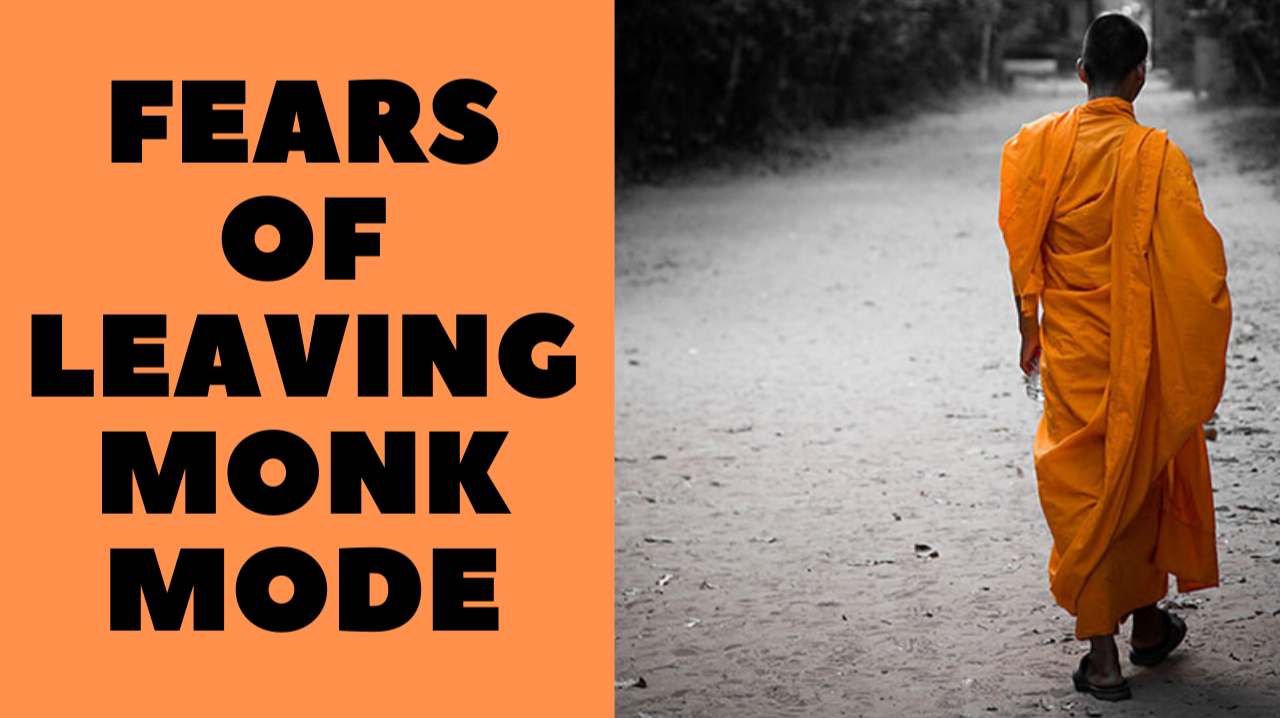 I was afraid when I first started Monk Mode.

I was afraid that I would find toiling away in solitude more preferable to socializing in mainstream society, and that I would find some knowledge, whether about myself or about the world, that would never allow me to return to normal everyday relationships with friends, family, and lovers.

I still have that fear. But I've at least discovered now that there can be some limits to my productivity.

I have a stay-at-home job, which is quite conducive to my current status within Monk Mode.

I make my own schedule, and my quota is anywhere between 20-40 hours a week.

At first I tried the standard Mon-Fri, eight-hours-a-day system, but then I realized that no one actually works eight hours straight, because of the lunch breaks.

I also recalled that average workers usually spend their off-time recovering from the expense of drawn-out work days, so I decided to make every day identical but sustainable, and break up the 40 hours across the week.

This was a solid plan, until I hit the wall.

You see, my job actually has a physical limiter on it, as repetitive clicking while reviewing over 135+ items per hour, for several hours a day, will slowly chew away at the tendons between your fingers.

Surprisingly, I was quite relieved when this happened, because my conscientiousness previously would not allow me to dip under the maximum hours available without feeling guilty.

As for now, I can comfortably reach 25 hours a week, with breaks to prevent finger fatigue, and am slowly building that number up.

Of course, the other silver lining is that a space has opened up to work on my own personal projects: this blog! The Moon Base MGTOW Project!

However, I realize that suffering from a lack of work only led me to finding more work.

And so, my fear still remains.

Will there ever be a space where my work is not so highly prioritized, and I may potentially establish a stronger social life instead?

Will there ever be a point where I can just "settle down"?

But I suppose the most moral and logical thing to do with my gifts is to fulfill them until I do reach that wall again: That point when the body goes tired. When the business stops growing. When the well runs dry.

To relate this back to MGTOW, I now look to the man of former potential. How talented he was before his intensified pursuit of women.

Even after his out-of-wedlock child, his art still could have been salvaged.

After work, he could have come home to a single apartment, put his headphones on, and toiled away in his laboratory, only resting on the weekends to raise his child (his version of hitting the wall).

Instead, but still noble, he tried to build a studio at his church, but a flood destroyed his equipment.

Then, as he laid there purposeless and distracted, a woman entered the fray.

Every day now, she will occupy what could have been his great work space. And he will not mourn the lost art he never produced, fore the sensations of his body would validate to him that nothing more of worth can be accomplished now.

And this will last.

But only until he hits that wall.

Until he realizes that he has nothing to show for his life's work except for what remains of his once youthful woman, and the hope that his child may live to outdo him.

See you on the Far Side – Monk Moon Base

Thanks for reading. I’d love having your feedback, and if you enjoyed this content, please consider supporting me by buying a coffee to suggest a new article topic, or leave a tip

The future is ad-free! Help build it by downloading the Brave Browser and get paid in crypto to reward content sites for your attention, and not your distraction: https://brave.com/moo427

This article has now been converted into video! BitChute Mirror