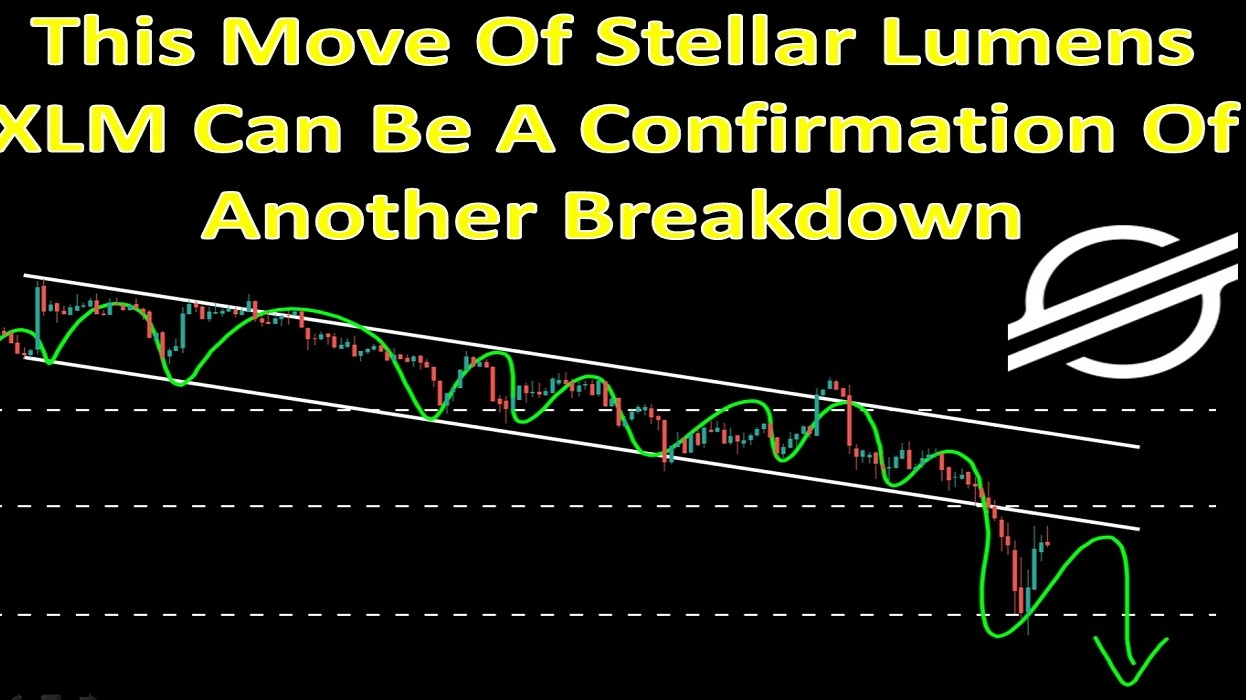 Hi friends hope you are well and welcome to the new update on Stellar.

Brokedown the channel and H & S:
On a 4-hour time frame, XLM formed a down channel and during the movement within the channel, the priceline also formed a Head & Shoulder pattern. Finally, XLM broke down the neckline of H & S and the support of the channel.
The target for the Head & Shoulder pattern to the downside was $0.15 and the price action even moved lower than this target. Right now the pricline line is moving up and if it will be rejected by
the support of the channel (which is now working as a resistance) then it can set another lower low.

On a weekly view, Stellar has formed a huge falling wedge pattern and now moving down to the support of this pattern. If XLM tests the support of the wedge then it can drop at $0.12. But after
testing the support a big reversal move is possible.

Conclusion:
On a smaller time frame, If the priceline will not be able to breakout the support of the channel as resistance, then the next move can be $0.12. But on a bigger view, after testing the support of the wedge big bullish reversal will be started.