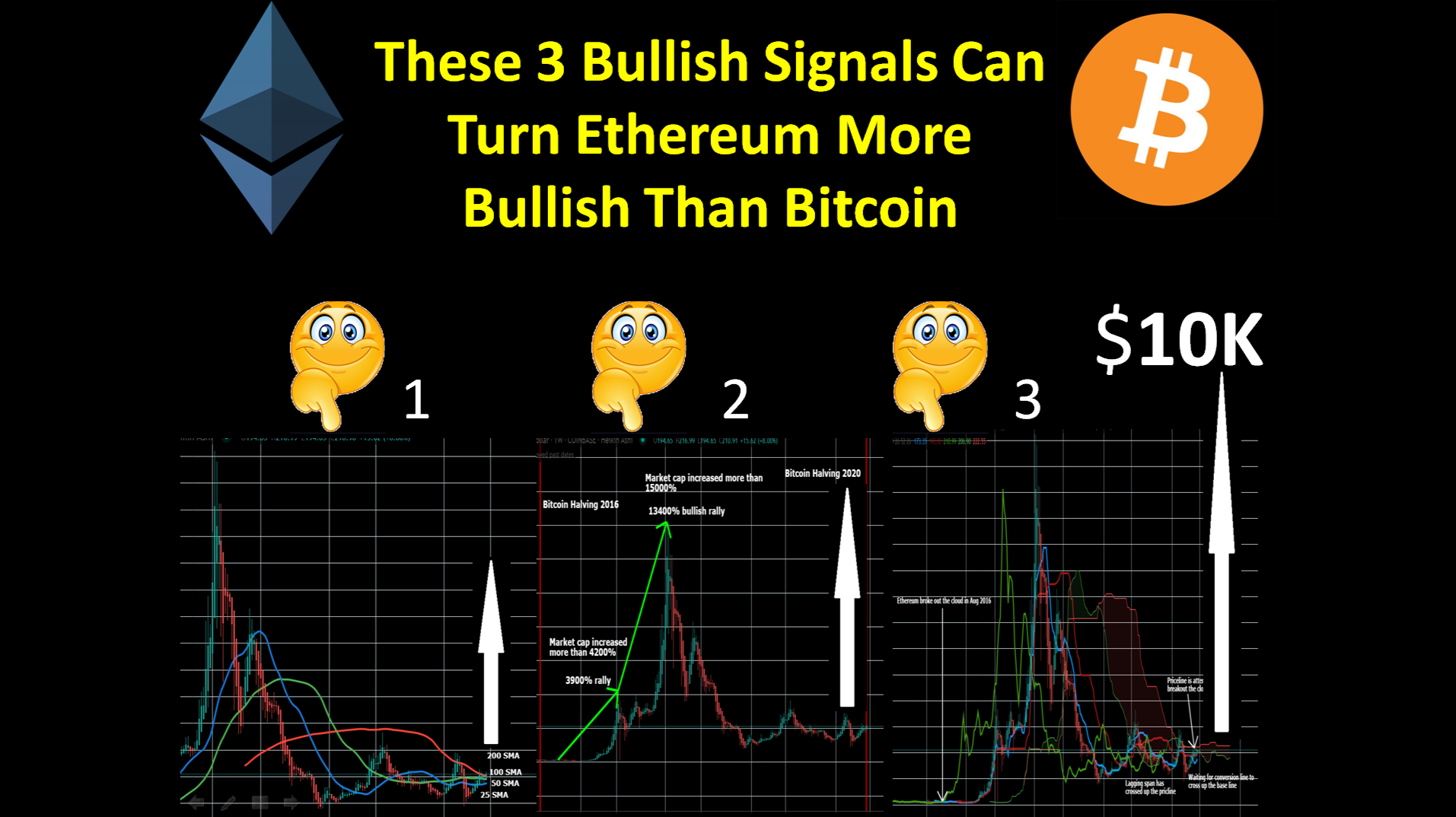 These 3 Bullish Signals Can Turn Ethereum More Bullish Than Bitcoin

Hi friends hope you are well today I want to share with you three major significant signals of ethereum that can help you understand when the ethereum is going to make a very big bullish move. This article will be also helpful to have an idea whether to invest in Bitcoin is will be more beneficial or to invest in Ethereum is more profitable.

After Bitcoin halving 1st bullish rally of Bitcoin and the difference between the profitability:

On the other hand if we watch the Bitcoin chart. Then after halving the Bitcoin started a bullish rally and upto August 2017 the BTC gained more than 650% value. Now if we compare this profit ratio with the profitability that was produced by Ethereum then it is more than 83% less.

The second bullish rally after correction:

After the 1st bullish rally of Ethereum that was up to 12 June 2017. We have witnessed a correction rally and after this correction rally the Ethereum started the next long term bullish move. And this time upto January 2018 the market cap of Ethereum was increased by 135.4 billion dollars. Its mean that the market was increased more than 15000%. And the price action achieved $419 price level that was more than 13400% bullish rally. On the other hand if we watch the Bitcoin chart. Then after little bit price correction the Bitcoin started next bullish rally. And upto Dec 2017 the BTC gained more than 3000% value. Now if we compare this profit ratio with the profitability that was produced by Ethereum then it is more than 346% less.