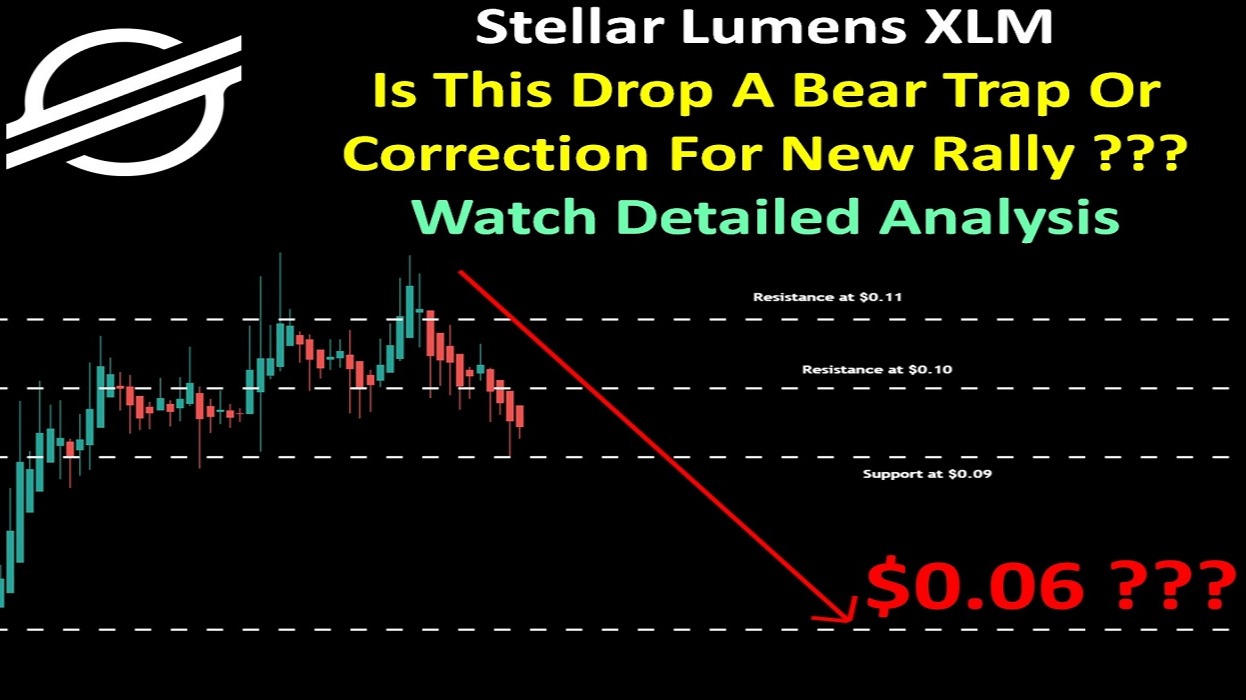 Hey friend, hope you are well and welcome to the new update on Stellar coin.  First of all, I would like to reply to the people who most of the time ask me what can be the best place to buy or trade the Stellar coin. If you visit the coinmarketcap then you will find that Binance is the exchange where the Stellar coin is being traded with the largest trade volume. Therefore the Binance is one of the best exchange to trade the XLM coin and many more other cyrptocurrencies. If you don't have an account on the Binance then you can just click on the below link are copy and paste this link in your browser to create an account there:

Breaking down the support of the channel:

The price action of XLM is moving within an up-channel since after the mid of March 2020 and I am following this channel since then. The priceline of Stellar has broken down the support of this channel two times. At this time it can be clearly seen that the price action is out of the channel and has broken down the support before this the priceline of XLM broke down this support in the month of June 2020 but re-entered in channel very soon. I've also placed that directional movement indicator. And it can be observed that the -DI has crossed up the +DI that is the bearish signal. But the ADX of directional movement indicator is down it means that bears are taking control but they are still weak.

This re-test can lead to a powerful rally to upside or downside:

The price action is rejected by the resistance:

Now if we watch the different support and resistance levels on the daily chart. Then it can be clearly seen that the priceline of Stellar has been rejected by the $0.11 resistance. After the rejection, the priceline broke down the 10 cents resistance level as well this time it was working as a support. At the moment the price action is at the support of $0.09. Now there are two possibilities one is the priceline may start the formation of a new parallel channel between the $0.09 to $0.10.  Second If the $0.09 support won’t be retained then the price action of XLM can further move to the downside at the support of $0.065.

This Big Harmonic Move Can Lead The Stellar To Achieve Highest Price Ever:

At the end, I would like to recall a very big BAT pattern that has been formed on the monthly chart by the priceline of Stellar. This is a kind of repetitive move as the price action of XLM formed BAT previously in the year of 2017 on the weekly chart and produced more than 4000% bullish rally. Same as that move the price action has again formed another bullish BAT. At this time the pattern is bigger than the previous one. Therefore we can expect more powerful bullish rally on the long-term. But realistically as per the Fibonacci sequence of bullish BAT the targets can be as below: