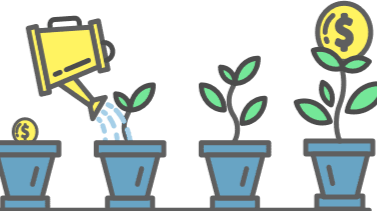 This is a work in progress extract from an upcoming guide I am writing. The pictures are not in the guide they are free clipart and images from the internet. This is just one rough chapter in the guide. I haven’t as of yet edited it or let anyone else see it.

What is compound interest?

Do you know the story of a Raj in India that was obsessed with playing chess? One day a traveler appeared at the palace and the Raj in typical style challenged the man to a chess game. The Ran offered a reward to the man if he won the chess game. The man being a very clever and intelligent person modestly asked for a grain of rice to be doubled on each chess square. The Raj didn’t see any problem in this as rice was cheap and plentiful. He played the man and lost and being a honest person he paid the traveler in rice in the way they had agreed. So first the Raj put on one grain of rice then two, then, four, eight,sixteen, thirty-two, sixty=four and so on until he realized that he wouldn’t be able to pay his debt.

The total cost of rice would eventually come to 210 billion tons. This is compound interest!

How does this example help us as traders? It is fairly easy although we aren’t going to double our money every day. We can use compounding in a way to significantly increase our profits while at the same time significantly decreasing our risk. Using compound interest is all about patience.

I will give a quick example: Starting money $250

2% a day for 250 days. Now I know this is unrealistic because sometimes you are going to have losing trades or there are going to be no trade setups for your system. So lets say 200 days including loses and no trade days. That is rounded up to $12,000 averaging 2% per day. I know it’s actually just over 13k but I am adding extra losses or days that nothing is happening or you were sick etc etc

The profits are tiny at first and here is where the patience comes in.

The first day you will make just $5!

After the quarter that is $923.47 dollars in one quarter! And that is being pretty conservative with your $250.

Obviously you will make more profit some days and less other days, depending on your set ups, leverage etc. But let’s say you are trading with leverage and you only need 2% profit for the day, you can now decrease how much money you are risking because you only need 2% rather than trying for that 15% of course you can still do that by risking a smaller part of your account and using leverage and leaving the rest of your money in the account as your margin in case something does actually go wrong. (my preferred way of doing things)

You can also lower your leverage and use a larger part of your account get the 2% and then get out. I have tried this method but I still flinch at the fact that a large part of my account is in the trade even though I am technically risking the same amount.

Again because the gains seem kind of small at first, many people lose patience and start gambling larger amounts of their account on higher leverage because they want to get there today! If I can make 15% per day then I can get there in jut 6 weeks! WOW another 6 weeks and I can have nearly a million!!!

If you think it’s that easy you have another thing coming. Sure you will make your 15% but you will lose just as much if not more when it goes wrong. Slow and steady works much better than fast and crazy.

Thanks for reading. Like I said it is a work in progress!

A writer and a trader. Recently I have been combining the pair and writing about trading. I mainly trade the stock market but I have traded Forex and Bitcoin in the past too.

This is where I am going to put other things such as trading systems, making money and currency and crypto related blogs!