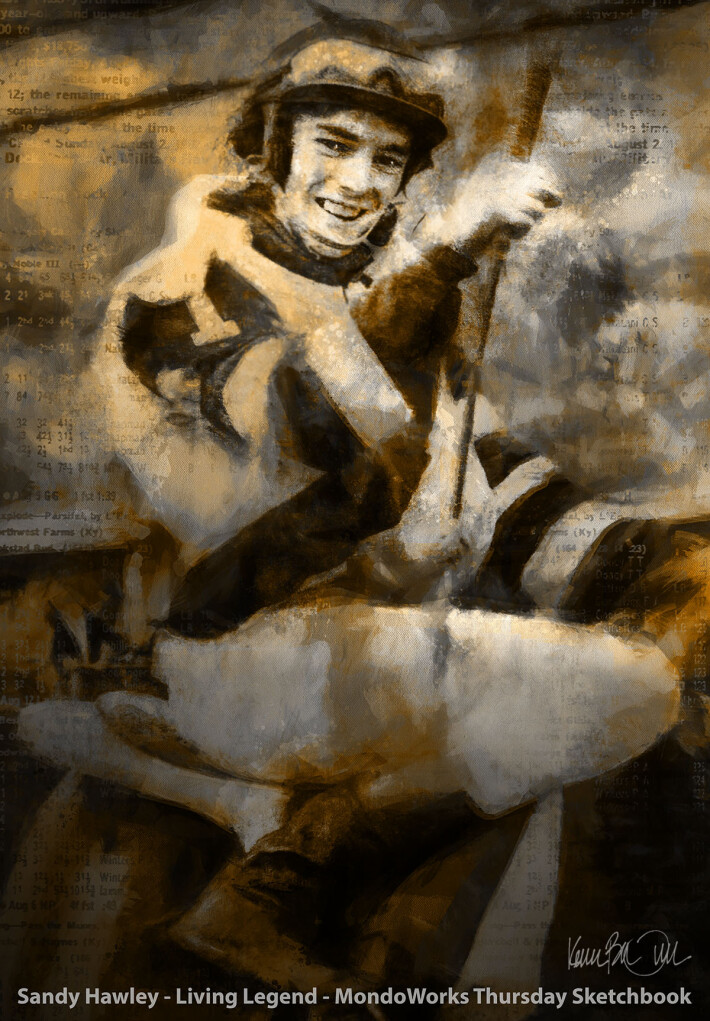 Sandy Hawley decided to be a jockey when he was a 17-year-old boy, hotwalking, grooming and excise horses at a Woodbine racetrack in Toronto Ontario. Two years later, when he was 19 years old, he rode his first race at Woodbine race track as a Jockey. Then he became a regular rider at racetracks in Ontario and then rode at racetracks on the East Coast of the United States. Hawley became the first jockey to ever lead the Canadian standings in a full season as an apprentice. In 1969, a time when there were no Sovereign or Eclipse Awards for jockeys, Hawley rode 230 winners, the most that year of any apprentice jockey in North America. He went on to race in the United States where he led all jockeys in victories for the years 1970, 1972, 1973 and 1976. In the 1973 season, he became the first jockey to ever win 500 races in one year, breaking Bill Shoemaker's record. Sandy Hawley has career earnings of over $88.6 million and was one of the most successful jockeys of his generation.  ·wiki·