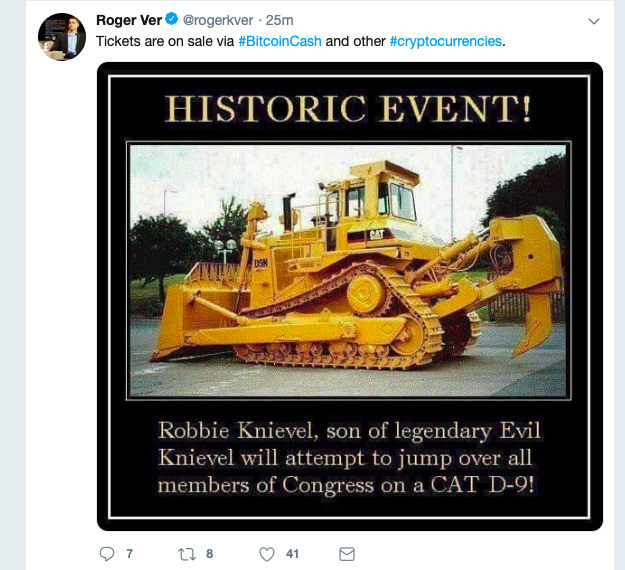 Tweet says "Tickets are on sale via #BitcoinCash and other #cryptocurrencies."

While image attached with tweet shows a CAT D-9 with caption "Robbie Knievel son of legendry Evil Knievel will attempt to jump over all members of Congress on CAT D-9."

One of reply to this tweet says "Ahaa I scored 2 front row tickets! Bring an umbrella, this will be wetter than a Gwar concert."