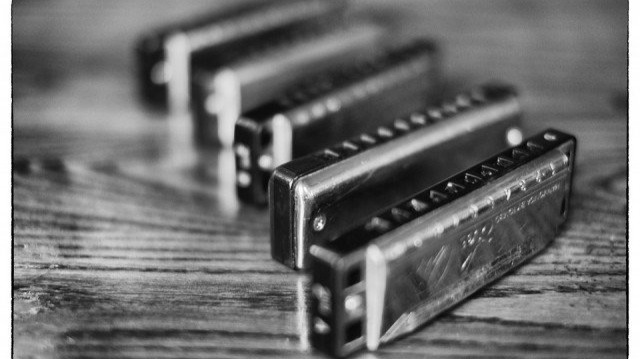 My favorite songs featuring the harmonica I feel like the harmonica is a criminally underrated instrument and the songs that feature it don't get nearly as much love as they should. I have always been a sucker for a great harmonica solo in a song, unfortunately they seem to be in rare supply these days. I wanted to take a little time to share a few of my favorites, a mix of classic rock and contemporary songs. Feel free to let me know in the comments any of your favorites that I missed.

Just because I was born in the early 80's doesn't mean I don't appreciate the classic rock before my time. This version of Whammer Jammer was recorded live here in Detroit MI in 1972, long before J. Geils got all 80's sounding with songs like Centerfold and Love Stinks. Other than loving this song because it was in the movie Problem Child it was something that my dad always played while I was growing up so I definitely have an affinity for some early J. Geils

I couldn't have a list of harmonica songs without including at least one John Popper song. I feel like he did more to bring back the harmonica in the 90's than just about anyone else out there. Instead of going with the obvious choice of Run Around I wanted to go with a song I actually like a little bit more. The solo from this song is superior to Run Around, at least in my opinion.

This is one of the few truly contemporary songs that is really rocking some quality harmonica these days. While still relatively unknown, Pokey Lafarge is one of the more unique bands out there today. I stumbled across them as I was working my way through the series of Tiny Desk concerts that NPR hosts (highly recommended by the way, check them out on youtube). They have a very old timey sound, and look for that matter. As far as their songs go, this is the one I would look at as far as the harmonica goes.

I figured I would end this list with another classic rocker, though this particular song came out in 1993. Tom Petty has a number of good songs featuring the harmonica but I always enjoyed this one more than the others. Well, it was actually a toss up between this one and You don't know how it feels(Roll another joint), this one winning out ever so slightly.

So that does it for this list, I left out some really obvious songs(Piano Man, any Dylan, etc..) in favor of a couple less popular ones. Love to hear some suggestions about what your personal favorites are or any thoughts on these particular songs.