Have a blessed day noise.cash and a blessed day to all noizers! I know you are still a baby, and I am happy I could watch you grow. You were little and simple when you were "born" and was nice to see you learning new things. I promise I will buy you a nice toy for your 1 year anniversary!

It was just before Christmas and I opened read.cash to write an article. I was still the new guy back than, with a handful of friends and subscribers! One of them was @tired_momma , who supported and guided me since day one. I remember that read.cash changed a lot in just few months, from activity points and activity bonuses to the random reward robot (Rusty).

It was early in the morning and I was in Shakespeare mood, wanting to write few articles so I can chill over the Christmas period. That plan was scrapped by this message I seen on the header of the website ... "would you like something like read.cash, but for shorter messages?"

Are you kidding me? I said while clicking the link and quickly making an account. And since then this amazing social media platform become part of my daily routine. Not many will remember the simple layout from launch day so here it is ... this is how it started! 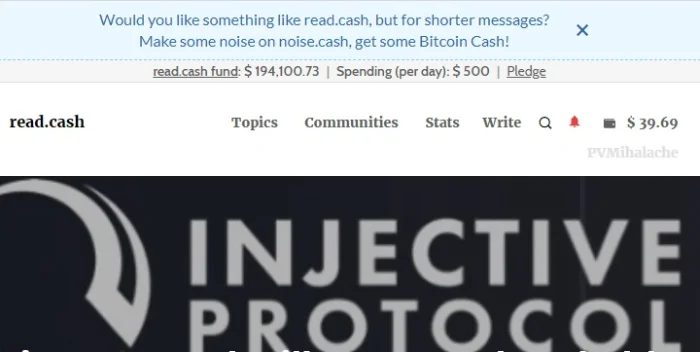 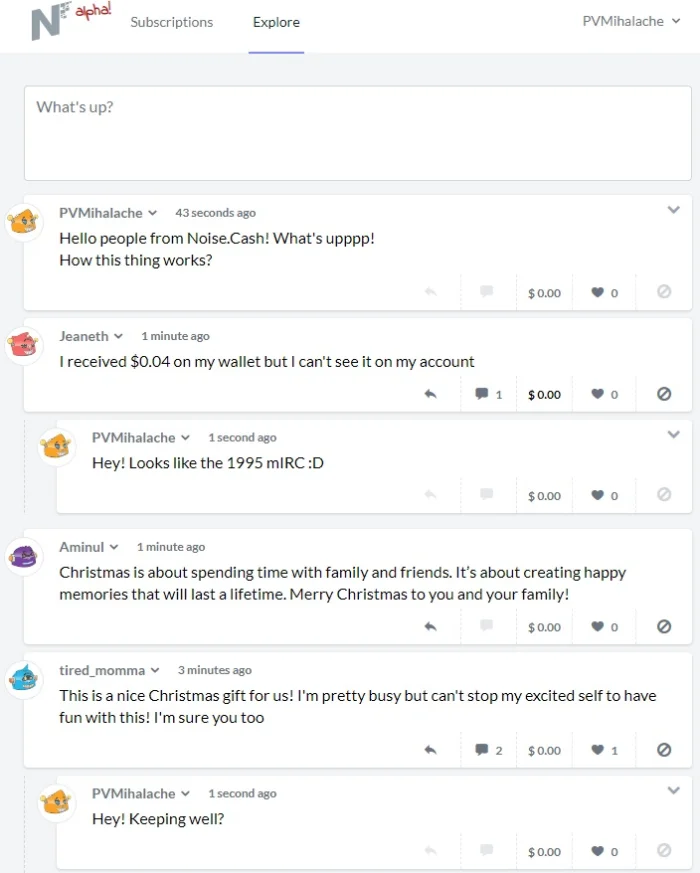 To be honest, it was looking like mIRC but probably you guys are too young to get the joke. The username menu had only the tab to add your Bitcoin Cash wallet and nothing more. No pictures could be added and everyone had random generated avatars that looked like Rusty. The tips were random and at the beginning was no limit on how much you could hold before tipping. However, this good tipping system was ruined by spammers and guys who made a habit from creating multiple accounts and abuse the system. 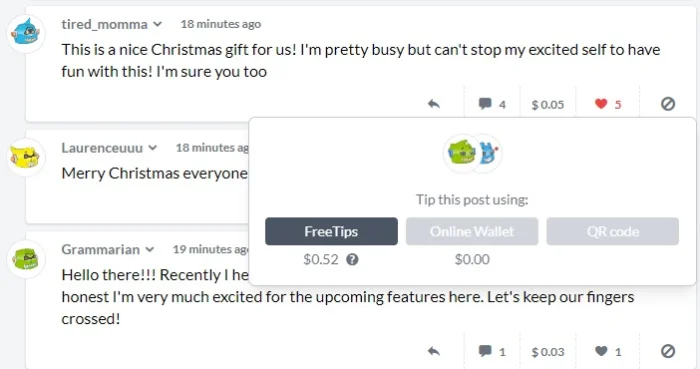 Noise.cash was created for social interaction and that was how I use it. I organized the first ever event on noise, the amazing Bitcoin Cash quiz. The quiz had 46 participants, and considering the early days of the project, this was huge.

The prize pool was $23 worth of BCH, which now had triple in value, and the pot was shared by @owenlars  @tired_momma  @MoreGainStrategies @Stormshadow  and @bmjc98

Maybe you don't know but this quiz was the true starting point for #Club1BCH as a bunch of people worked together to create and organize this event.

Then slowly noise.cash evolved and got better and better. Avatars were added so users could change the robot head to whatever they wanted and chambers where created. I changed my avatar with this beautiful creation by @jiroshin and created the #Club1BCH chamber where BCH users can share their thoughts and updates. 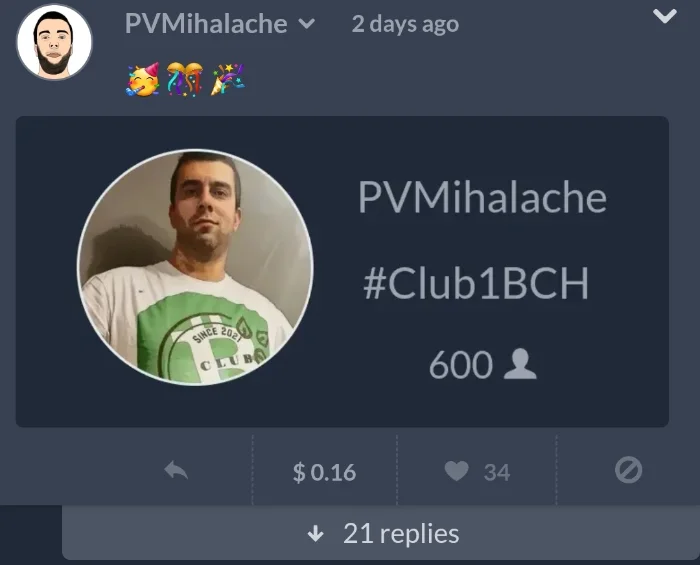 Noise.cash had become a source of income and as the number of users surged, the quality declined. Over 50% of the comments where "subscribe back" or various ways to ask for tips. It was back in February when I've done my first noise.cash efficiency experiment and for an average person with an average activity was easy to do few bucks per day!

I analysed the rewards for a week, and posted 15-20 posts per day. The 7 days experiment concluded with 22% daily growth in income, which lead to the conclusion that constant quality noises will produce a steady flow of tips. The total BCH received from tips was $16.81. 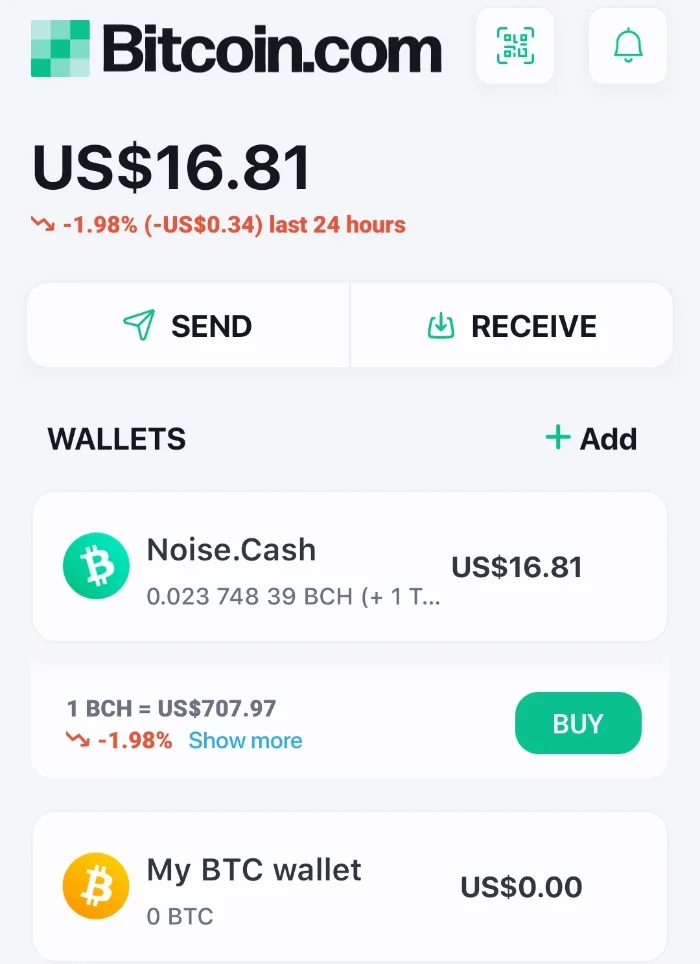 Free money is equal to an avalanche of fake accounts and people who will abuse the system for their own benefit. They will disregard the hard work put in the project and will spam left and right for tips. At one point, 96% of the noise.cash content was low quality or spam and this is how the noise.cash witch hunt started!

This first measure against spammers raised the quality of comments and the real interaction because the dodgy accounts were not tipping quality content, they were probably tipping secondary accounts. I started to like 10 real comments than 30 comments that made no sense. You can still get them today but not as many as few months ago.

As a development side, re-noise was introduced and the user rating system, where all users can be market from poor to excellent. 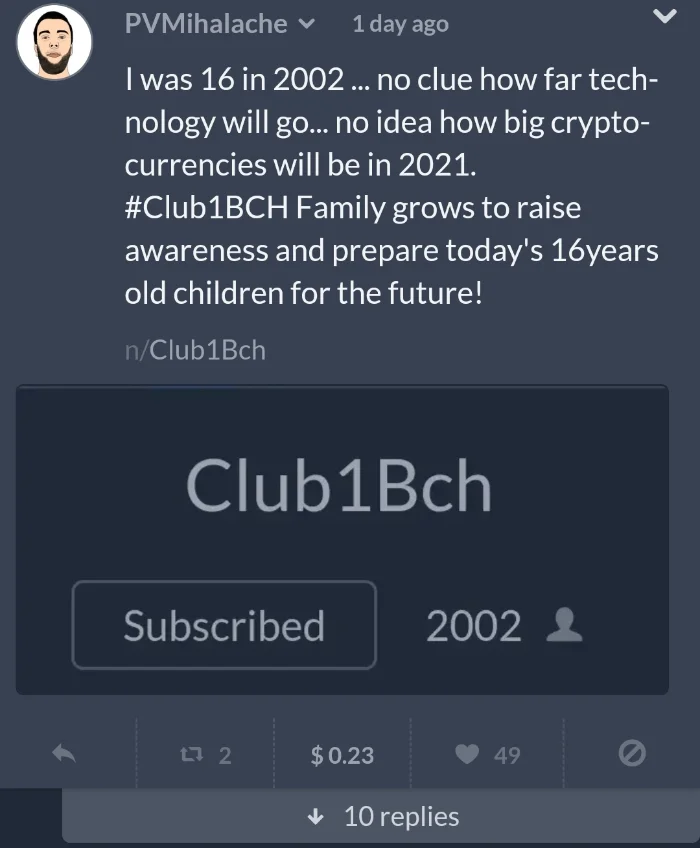 The above measures were not enough and drastically measures were required. Free tips were completely removed and replaced with heart tipping. Users could not decide anymore the value of the and clicking the heart tipped the author with a value between $0.01 and $0.03 in most cases. Comments could be tipped as well, which encouraged active participation and constructive feedback.

The last stage of the purge is happening right now. It started in May with some experiments and leaded to some strange situations but the overall change is positive. 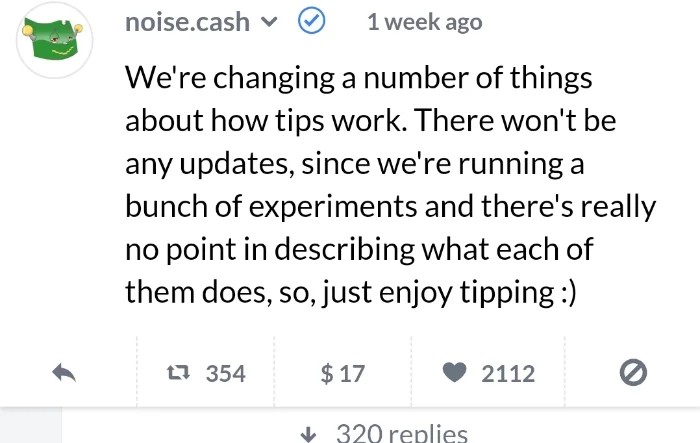 At the begining the "heart power" grew and I noticed tipping posts and comments with values between $0.01 and $0.13. It was still random but this change made me tip only genuine content and comments that were constructive, like this $0.13 for @Crackers 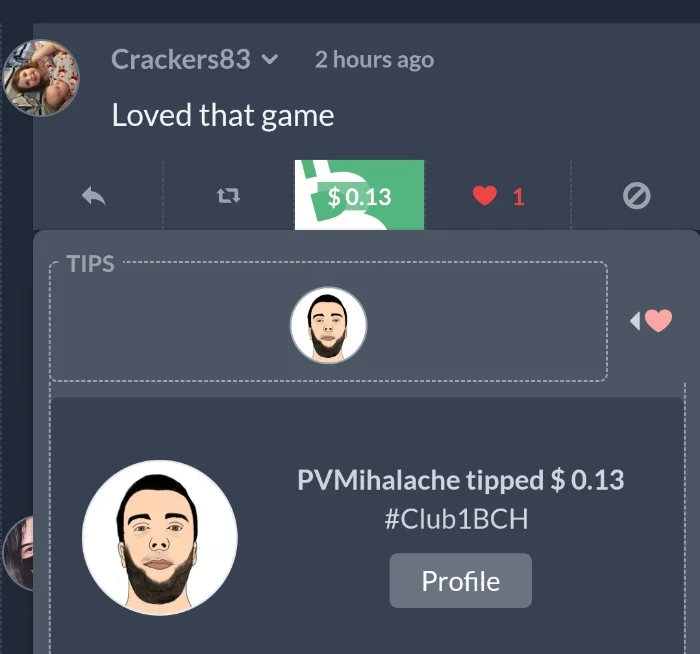 Then the heart power went crazy and from random went to freaking absolutely random. The biggest tip I gave was $0.40 to @JonicaBradley but I seen other users tipping or receiving tips close to $2 in the same randomized way. 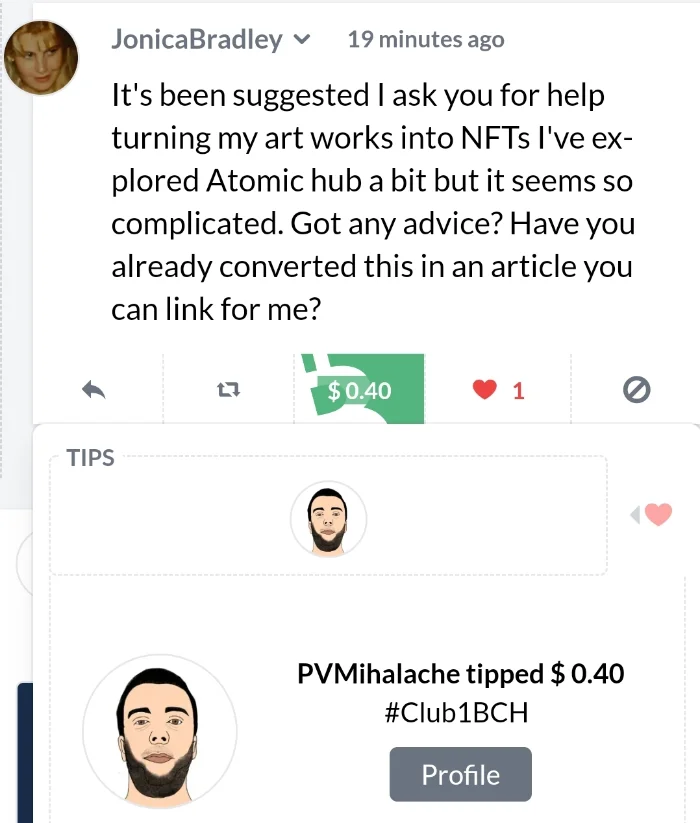 And then... went to the other extreme as for days and days the tip value went close to zero! I felt sorry for my followers and for the users posting quality content as I couldn't reward them as I was doing in the past.

It took a while but it stabilized. The anti-spam measures are working fine and once you tip the same users once or twice, the next tips will have no value. Tipping new people will usually reward a bigger tip. The same system is for posting, as those posting more often will receive lower tips than those posting few times a day.

I don't know what others may think, but I like noise.cash more and more. I am using it to keep in touch with my friends, to keep up to date with news and to be social.

Noise.cash is 6 monts old so let's make some noise!

Took me 6 months to reach x subscribers and I am aware that a big percentage of them are probably closed accounts, people that are now inactive or just spammers but you know what ... size matters and I feel good having a big pool of subscribers. 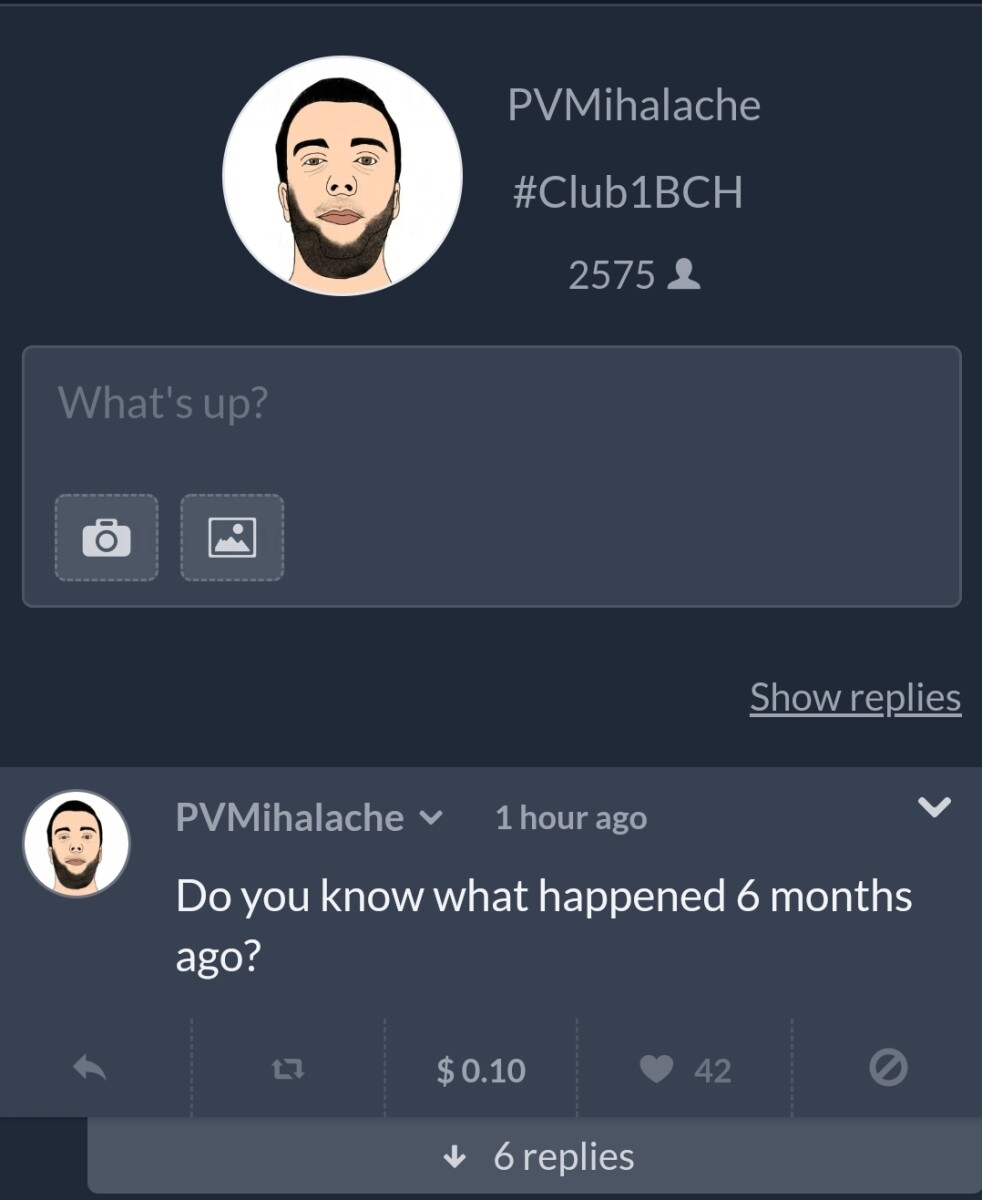 When the chambers were added, I created only one ... the Club1BCH chamber, where updates and BCH related stuff can be posted. Again, it's hard to control what users are posting! A high number of posts have nothing to do with Bitcoin Cash but the overall trend is positive. I had to manually check trending chambers and I am proud that the #Club1BCH chamber is one of the biggest on noise.cash as we speak. 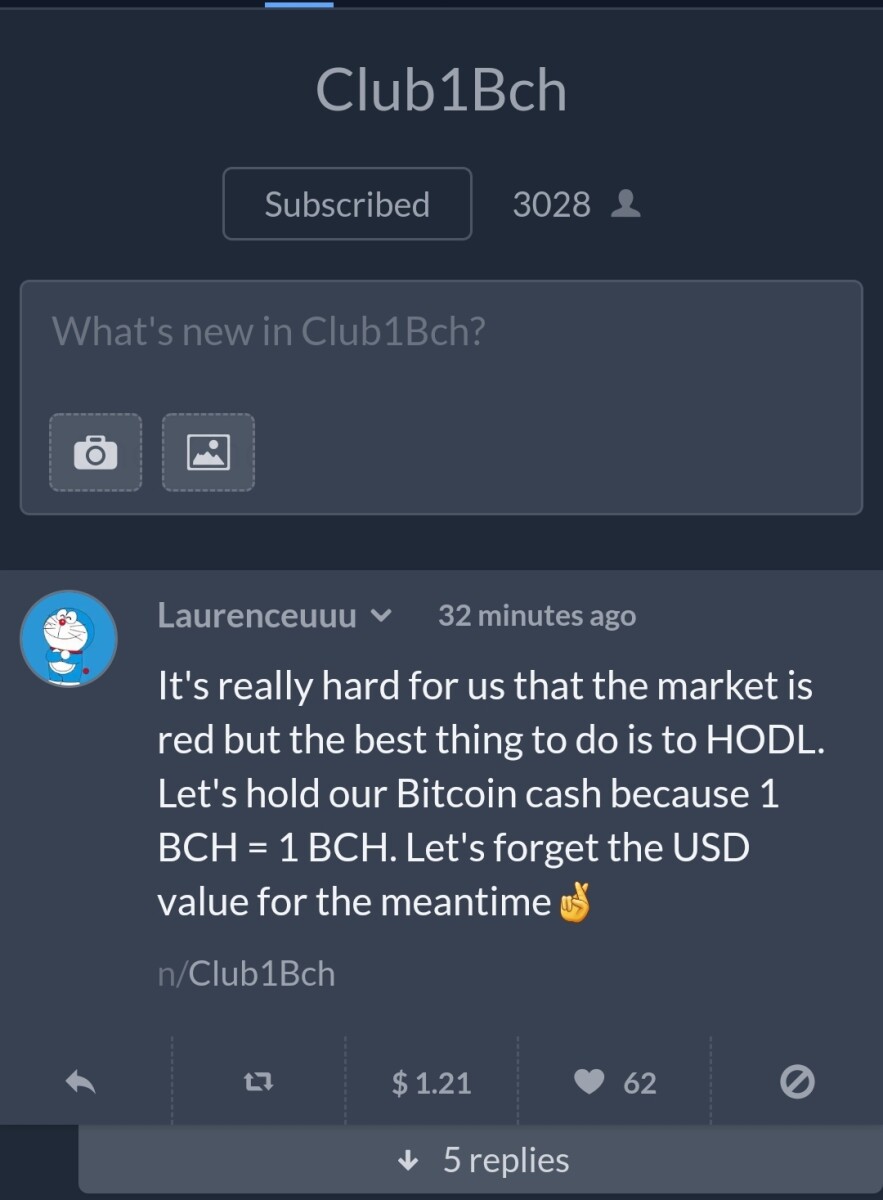 Is noise.cash better than Twitter? Yes it is! Twitter was launched in 2016 and is nearly 6 years old as noise.cash was launched 6 months ago. The evolution was on fast forward and the complex platform that we use today changed and updated in such a rapid pace.

Can noise.cash challenge Twitter in 5 and a half years? Well ... yes and no! Twitter will be nearly 12 years old then and will still have the market advantage but noise.cash can be at the same level as Twitter when both platforms achieved 6 years since launch.

The unique selling point is that noise.cash helps the users earn $BCH while Twitter rewards the users with nothing. Instead of rewarding the day to day users, Twitter will use the data and algorithms to boost big companies and brands.

For me noise was a great way to socialize, to share my articles and to make new friends. On top of that, earning Bitcoin Cash adds an extra incentive!

In December, the new-born platform generated $11 in about 10 days. The amount grew in January, and $68.15 was earned in a full month.

Just quoting myself on this because it is still true "You may seen articles about noise.cash and maybe you know it's just like Twitter but it pays! I accumulated $72.33 worth of Bitcoin Cash in February, by making noise and sharing ideas, articles or food pictures." A minor growth to $76.13 was recorded in March and a bigger one in April, with $123 earned.

The end of may, just before the random experiments were introduced, I was earning $10 worth of Bitcoin Cash approximately every 2 days. The May's BCH earnings from noise.cash only summed up to $124.22 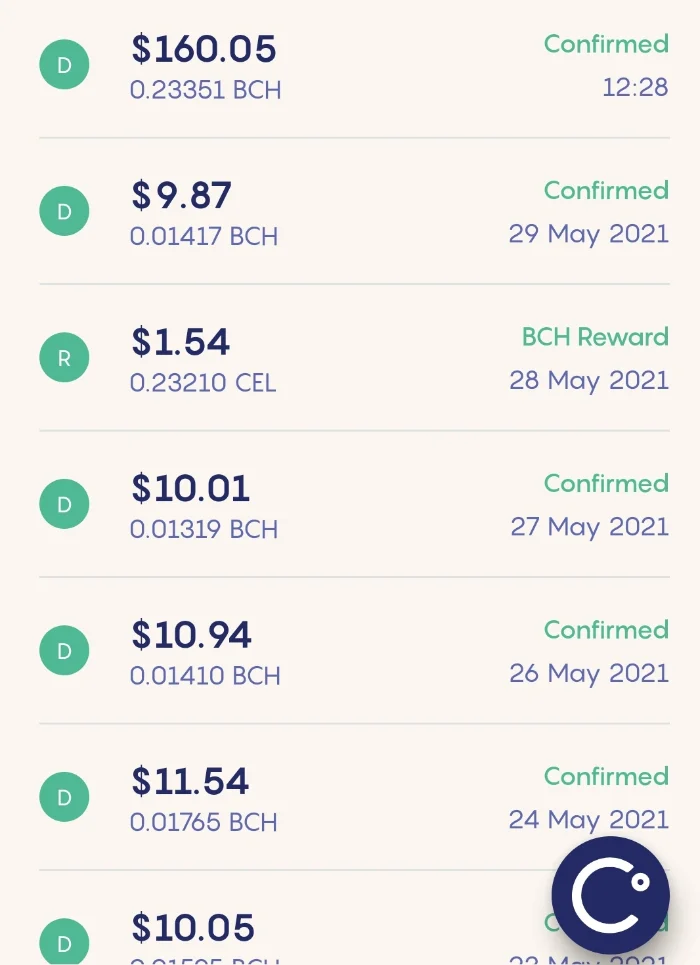 As the random heart tips become a standard thing, June's reward decreased but was still consistent. My set amount for withdrawal is set at $10, with one happening in average every 3 days. The up to date earnings in June are summing up $71.47 and counting.

Adding 6 months of making noise will probably make the value of 1 Bitcoin Cash, but is not 100% accurate because the earnings were calculated in USD not crypto. From birth to 6 months celebration, the noise.cash activity brought $526 worth of Bitcoin Cash.