The # CHIFIBOTSINDIEGOGO CONTEST AND GIVEAWAY is live, with a prize pool of 110 USD!  - $110 IN PRIZES

It never been easier to win a pack from the upcoming Chifibots NFT game! Get ready to participate in a new contest promoted by NFT Studios and their next-to-be-launched game - Chifibots, one that I have no doubt many authors will find fun to participate in! The rewards are enticing: One Super "Day One MVP" pack for the best blog post and 5 Local Legends packs for the next best five articles.

With the Day One MVP pack you can ... be an MVP from day one! It contains he Indiegogo Badge,  a starter pack, access to Alpha testing and 25 promo packs. The Local Legend is a lesser reward, with a Thank You note, a Indiegogo Promo Pack and the Indiegogo Badge. 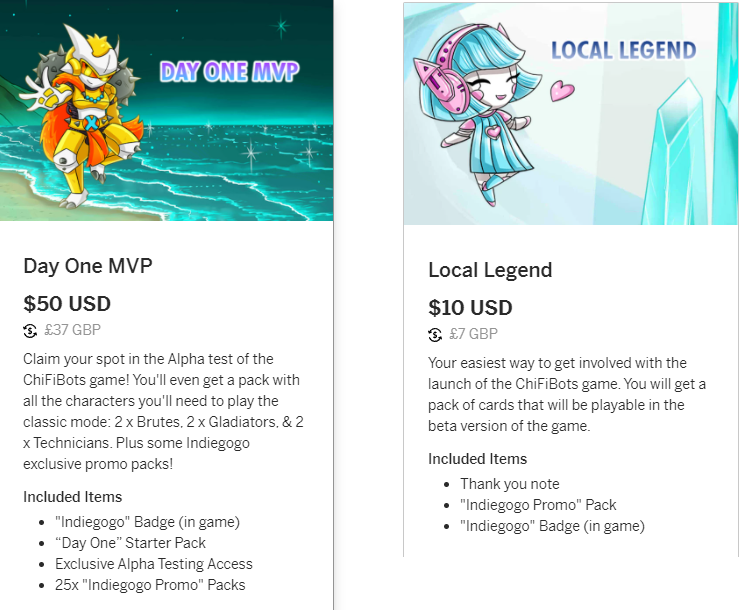 It will be fun and easy to write for this competition, and you can check out Chifibots website for more information. You can also find more about their IndieGoGo campaign in here. Follow the step by steb guide to make a kick-ass article!

IMPORTANT! Submit your original work (not copy pasted or reworded) as a post or a video published on Publish0x and/or readcash between today and Sunday, 20th of March 2022.

Use the tag #ChifibotsIndiegogo on your post (without the “#” on Publish0x).

The rewards will be split between users who:

Note: Your Twitter account has to be older than 2 months, and you need to have at least 10 followers and 15 tweets in the past year. You need to tweet out your tweet between today and Sunday, 20th of March 2022.

The game official launch is planned for July 2022, and the packs will be distributed then.