I had to start my 2nd year with a BANG! and worked really hard on articles, research and giveaways! Wanted to be a month to remember and it was! In fact ... was a month to remember for all my #P0xBros! Was no April's Fool day this year as the Ampleforth airdrop made everyone happy! The $FORTH distribution was available for everyone who interacted with the Ampleforth chain since launch until the snapshot. The snapshot was taken on the 30th of March and over 80,000 users that interacted on-chain were eligible for rewards. Happy I kept my AMPL and forever grateful to P0x for making me eligible to the drop! April income reached an astonishing ATH, which will be extremely hard to reach again! I still find it hard to believe that the juicy FORTH airdrop really happened! 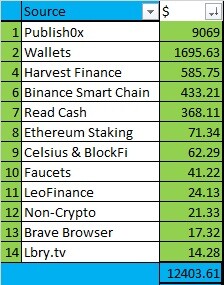 Done my usual job and posted everyday! I won the first place at the Presearch writing competition with From Jurassic to Modernism: Google vs Presearch and manage to earn $244 from tips! One article about Sphinx Protocol won a Twitter giveaway and I was sent 0.2 BNB. Publish0x is the reason why I've got eligible for the $FORTH airdrop, as I earned 376.89 AMPL since it was introduced in the tipping system. The reward system based on interaction decided I can claim 151.54 $FORTH. I had to pay $30 to claim them and $29 to send them to Coinbase. The value of the $FORTH token when I've completed my claim was $55.84, which was enough to made me WOW! It took 10 minutes to reach the Coinbase wallet and were the longest minutes of my life! I checked 5 times to make sure everything was correct and didn't send the money God knows where! I converted all in DAI for risk free APY! 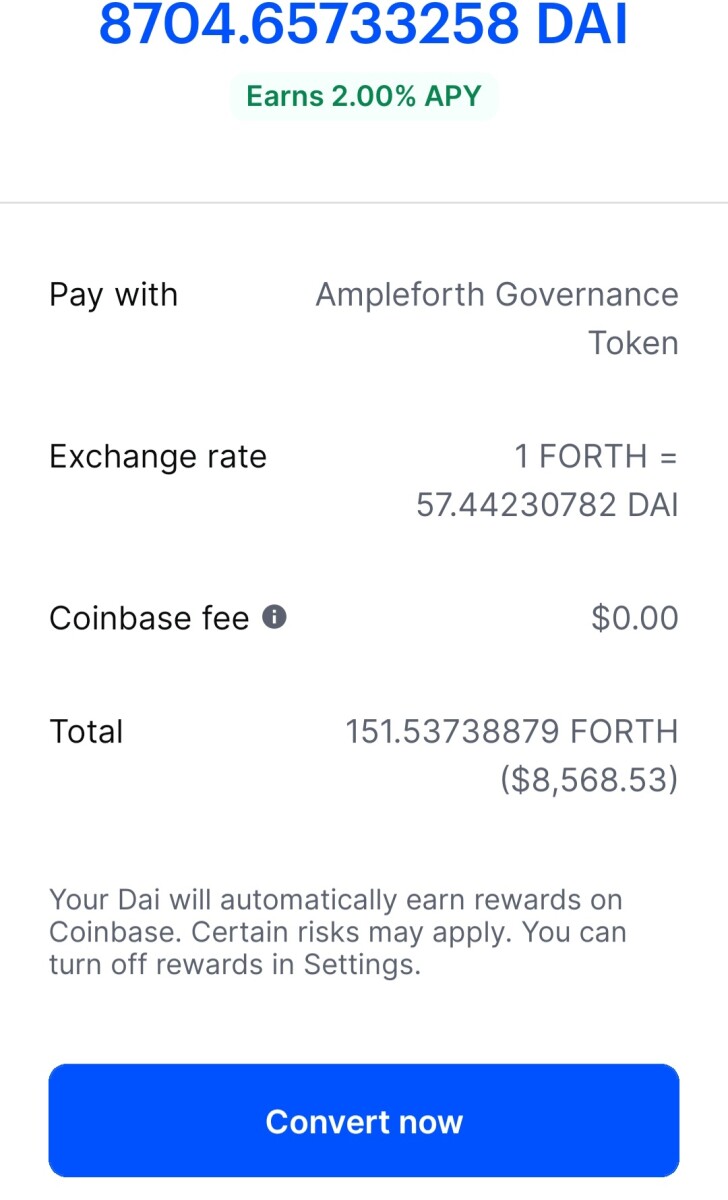 Another crazy month on Binance with gains from flexible savings, locked activities, staking and Launchpool. The cumulative earnings from staking and savings was $226.10. The Alien Worlds Launchpool was rewarding, farming over 600 Trilium (TLM), which I sold for  about $485. The TokoCrypto Launchpad was another top move, as I committed all my BNB and received 356 TKO, which I sold for 961. TokoCrypto (TKO) paid my a month's wage in a day! The only gain on Coinbase was $3 worth of FORTH. Stakecube added a good amount of crypto from the faucets, automatic staking and shared masternodes rewards and a small earning from Kucoin was appreciated.

The $FARM APY was the lowest I ever seen, dipping as low as 20% but I was able to farm 1.55 FARM. Another creativity contest, another win! The Farmer's Horse was awarded with 2 FARM tokens. The reward from Publish0x is a great addition, bring more iFARM in the Barn!

I wrote an article for those wandering where do I stake and where do I earn on Binance Smart-Chain. Most of the profit was made on Harvest Finance where Chad's has a new horse and he is now ploughing on BSC. The next most significant gain was on Cub Finance, where I earned 21 Cub tokens. Residual income from PhoSwap, Bakery Swap and Bitcoin Standard Hashrate added even more value to BSC staking. ReadCash earnings were on the rise! I shared $33 through sponsorships and $109 through tips! Feeling great to be a top member of the community and giving back something to those creating quality content. I spent BCH to buy OLI Crypto and the rest went to my Celsius Network wallet! On noise.cash was visible the reward increase after the updates that targeted spammers and duplicate accounts. 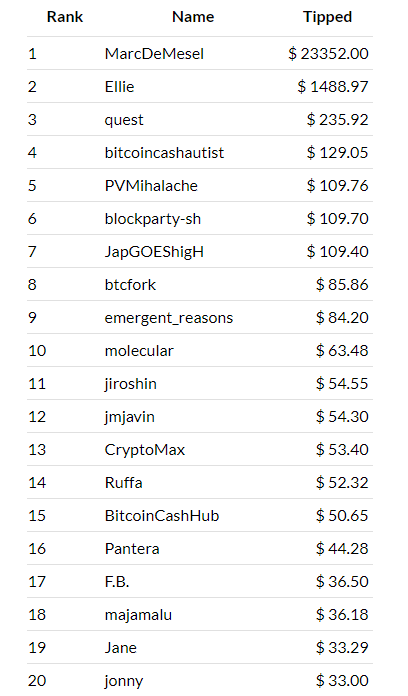 Ethereum Staking contains the Tezos on Coinbase, Tron (TRX) on Sun.io, SNOW and MATIC, generating $27.22 all togather. On Atomic Wallet was the usual recipe, with few cents from ALGO, 2.2 AWC and a lot of Zilliqa (ZIL) summing up to $44.12 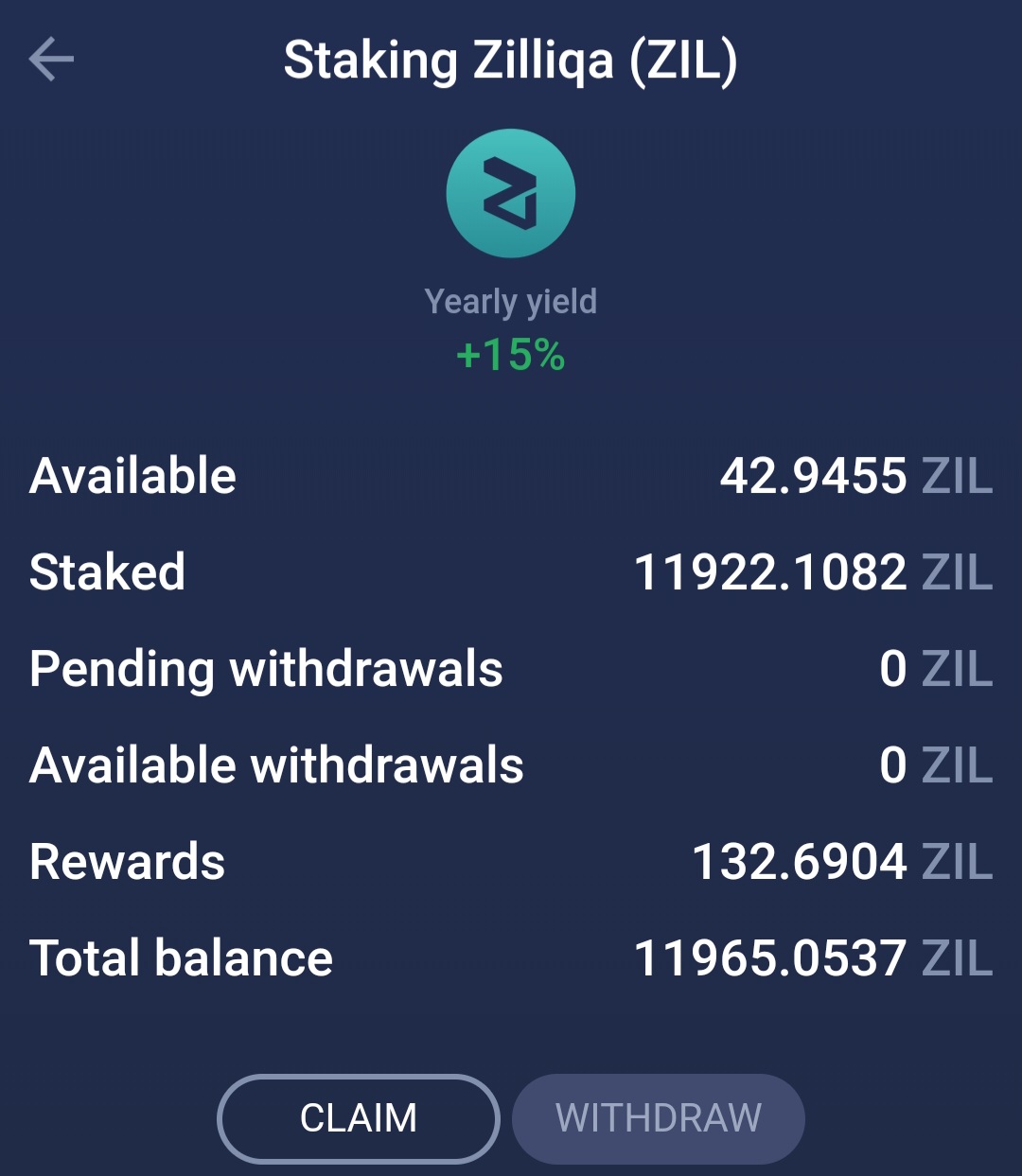 Withdrew $11 worth of Ethereum from FreeCryptos and getting closer to reaching the minimum withdraw value for the others (DASH, TRX, ETH,  ADA, BNB, LINK, NEO, BTC & LTC). On Free-Litecoin and FreeBitcoin I forgot to roll most of the days and  did not making an withdrawal in April

The Get.ZEN fountain paid $14.30 ZEN as referral reward and $2.37 for the daily claims. The ZEN share remained the same but the increase was caused by the constant growth of ZEN price. The PipeFlare & GlobalHive ZCash payments are constantly adding ZEC on Celsius The April bounty was $10.56 from the reward system and $2.99 from the daily claims.

Started the month with a wallet valued at 102.37 and made only a small profit because I lacked time to write on LeoFinance. The overall value of my Leo wallet is 126.5 (106 Leo+Hive and 20.5 Proof of Brain+SPT). I am sure I've done something wrong by calculating in dollars not in tokens as this time the market is bleeding and the tokens have a lower value than last month.

The Player! A roller-coaster of emotions, anxiety, gambling addiction and sometimes funny stories is my best-seller. The income from selling books was $13.23. Football Index was a top earner until it stopped being a top earner as Football Index went into administration and their license was voided. They are under investigation and no one knows when or if the customers will get their money back. I made $14.33 from dividends but are they real money if they have no gambling license? No payments from WiseAlpha and  RateSetter shutting down reduced the non-crypto income to the lowest value ever.

The reward gets lower but compensates with the growth of BAT. The Brave Rewards are now as great as they were but is still good to earn money by browsing the internet.

Lbry.tv will replace Google one day as the world will prefer a decentralized video platform. Unfortunately the reward system got nerfed I added only 76 LBC to the 829 existing ones.

Another great month, full of unexpected income and rewards. The $FORTH airdrop set the bar really high for May! May the 4th be with you!