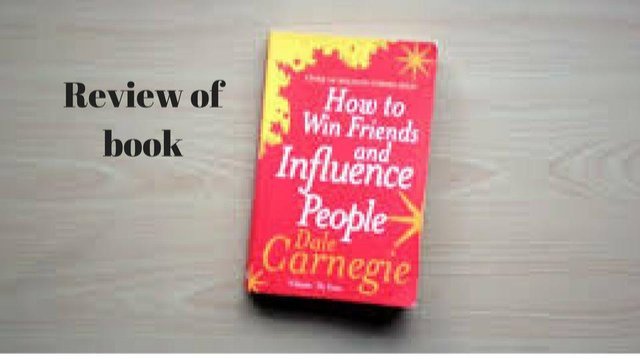 How to win friends and influence people by Dale Carnegie, Part III review.

In my last blog, I've discussed the part 2 of the Dale Carnegie book, How to win friends and influence people. In this blog, I'm going to discuss part three of the book that is about how to win people to your way of thinking.

Part III: Win people to your way of thinking

Sometimes you might get into a conversation, where you only know the truth about the topic of conversation and everyone else is throwing some ideas about what it could be, which are certainly not true. Now, as the author discusses that point is a critical point. Where if you directly say to that person that you are wrong could resent envy and hatred toward you.

Principle 1: the Best way to win an argument is to avoid it

The argument is the worst thing anyone can ever do. Well, the thing is no one wins argument, but even if you win the argument from someone it is an empty victory, you haven't still convinced him to your way of thinking. What argument really means is that one person saying that you are wrong to another person. Our ego and self-worth we have for yourself do not accept that and we keep on fighting for our dignity, even if we know we are wrong. So, if you want to win an argument just believe one thing, you can win it by avoiding it.

Now, when you have avoided an argument with a person, the second thing you must do is to show his opinions some respect. When you are going to respect his opinion he is going to lower his guard, the guard which had to defend his ego or self-worth in the first place.

You can show their opinion respect by saying, that "I appreciate the way you think about this matter and even I thought I was smart until I met you". Now, if you say that to someone sincerely, I can guarantee you that he will admire everything you would say after that.

Principle 3: If you are wrong to admit it

There is some situation, that what you think is impossible might be possible for someone else. Two plus two is four and so is one plus three. You know a thing from your point of view. And if ever found yourself that you are wrong in any matter, don't let your ego cloud your judgment and admit that you were wrong.

Principle 4: Begin in a friendly way

There is some conversation in which quickly becomes a heated conversation and both of them start to fight each other. So, the four principles is about not losing your friendly behavior no matter what happens. Even if the conversation is starting to heat up, start appreciating another person's point of view and then start to win him towards your thinking.

Principle 5: Let others do a great deal of talking

If you are in a conversation with a person, you want to win over to your way of thinking, the best thing you should do is let him talk a lot and reply him in a way that will make him talk even more. When other people do a lot of talking you can easily correct him because he is opening himself to you and you can win him over to your way of thinking.

We all go through this kind of situation one way or another. I have applied these all principles on life and have a fascinating result and I believe if you apply them to your life you will have the same.

DISCLAIMER: The views and opinions expressed in this blog post are that of the author and does not in any way represent the agency or department she currently belongs.