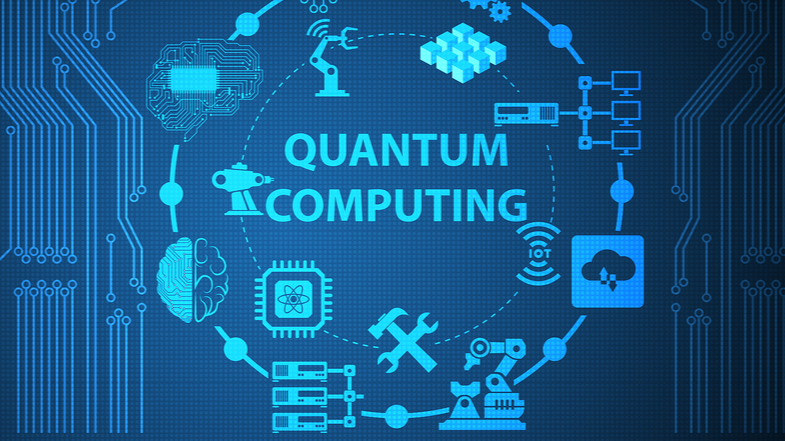 What impact Quantum computing may have on crypto. This fascinates me. I guess we need to look to the future and somehow try to mitigate any possible problems we may encounter due to this new phase in tech development. My question really is whether or not this prospective problem is currently being examined and solutions being developed to navigate this possibly disruptive step forward for computing power and its uses.

The introduction of Quantum computing could possibly post a threat to crypto in that it would be able to get into wallets penetrating your keys and accessing your wallet. There is however a lot more to it than just breaking into crypto wallets and it is certainly a landmark move within the world of computing and the power this new technology brings.

FOR THE GREATER GOOD?

Love the idea that we are headed into almost unlimited power and the possibilities that this hold, but as humans we do not have the best track record for using power we attain for the greater good, am hopeful this will indeed be used to enhance the quality of humanity  and help us attain a better life for everyone.

What Is Quantum Computing?

Quantum computing is a new way of computing. In a conventional computer the quintessential information particle, the bit, can only exist in two states, 0 or 1. A quantum computer benefits from the ability of subatomic particles to exist in more than one state simultaneously.

In this case, quantum bits (or QuBits for short) can store much more information because they make direct use of quantum mechanics properties, such as superposition and entanglement. Essentially, while bits can only be 0 or a 1, QuBits can assume any superposition of these values. This means computational operations can be performed at a much higher speed and with much less power consumption.

Quantum computing is nothing short of revolutionary. If you think this is a science fiction subject, take a look at The Quantum Computing Report and check out how global giants such as Intel, Google, IBM and Microsoft are investing heavily in the development of quantum computers.

What Are the Impacts of Quantum Computing on Cryptography?

We’ve already established how essential encryption is in today’s world — especially those based on the “public key” model, which are responsible for protecting most electronic transactions.

Public key encryption (also known as asymmetric encryption) actually relies on a number of mathematical algorithms that are considered too complex to break, especially when using an encryption key of a good size such as RSA-2048, ECDSA-256. Again, even with a massive amount of conventional computing power it might take an amount of time equivalent to the age of our universe (no, this is not a joke!) to ensure that cryptography will, in fact, be broken.

Quantum computing is a game-changer. It is possible to use something like the Shor’s algorithm, which explores quantum mechanics to solve the problem of integer factorization (i.e., given an integer N, find its prime factors) or another similar hypothesis such as the discrete logarithm problem. This is something essentially unfeasible for regular computers when the numbers involved are too large. But why would that matter? Well, many asymmetric cryptographic algorithms, such as RSA, are based on the assumption that large integer factorization is computationally unfeasible.

Back to the present: This assumption has proved true for conventional computers, but a hypothetical quantum computer with a sufficient Qubits capability could break RSA and other similar asymmetric algorithms, turning public-key encryption into a basically useless security control.

Ironically, symmetric algorithms (the asymmetric predecessors, which do not serve to protect electronic transactions since they have a single key) such as AES could still be considered safe, assuming they use a reasonably-sized key (i.e., AES 256 or higher).

Encryption in a Post-Quantum World

Of course, no one knows how long it will take to address potential vulnerabilities in post-quantum cryptography or even if they will be sufficiently reliable to protect their transactions.

Is quantum computing a threat to Bitcoin? How can Bitcoin become more secure against a quantum computing attack? Will this upgrade require moving coins to new addresses? Will it be implemented as a soft or hard fork? What happens to coins controlled by lost keys?

Quantum computers could spur the development of new breakthroughs in science, medications to save lives, machine learning methods to diagnose illnesses sooner, materials to make more efficient devices and structures, financial strategies to live well in retirement, and algorithms to quickly direct resources such as ambulances.

CORRECTION: Apologies for the confusion - regarding the question of whether Satoshi's (suspected) coins would be vulnerable to a quantum computing attack on ECDSA, the correct answer is in the first clip at 3:05. While what I initially say at 6:10 is true, that Satoshi did not spend their coins, those coinbase transactions still used pay-to-public-key (P2PK) instead of pay-to-public-key-hash (P2PKH), which means the public keys are already exposed. More about hashing and public key cryptography in Bitcoin: https://github.com/bitcoinbook/bitcoi... These questions are from the May monthly Patreon session and part of the Denver talk, which took place on May 26th and August 6th 2018 respectively. If you want early-access to talks and a chance to participate in the monthly live Q&As with Andreas, become a patron: https://www.patreon.com/aantonop

But what exactly is quantum computing, and what does it take to achieve these quantum breakthroughs? Here’s what you need to know.

New to quantum computing? check out this video from WIRED with Dr. Talia Gershon, Senior Manager of Quantum Experiences at IBM Research.

Dr. Talia Gershon, a materials scientist by training, came to IBM Research in 2012. After 4.5 years of developing next-generation solar cell materials, she got inspired to learn about quantum computing because it might enable all kinds of discoveries (including new materials). Having authored the Beginner's Guide to the QX, she passionately believes that anyone can get started learning quantum! - Maker Faire Bay Area 2017

What are your thoughts on Quantum Computing?

"Everything you can imagine is real." Steemit: https://steemit.com/@michaeljn