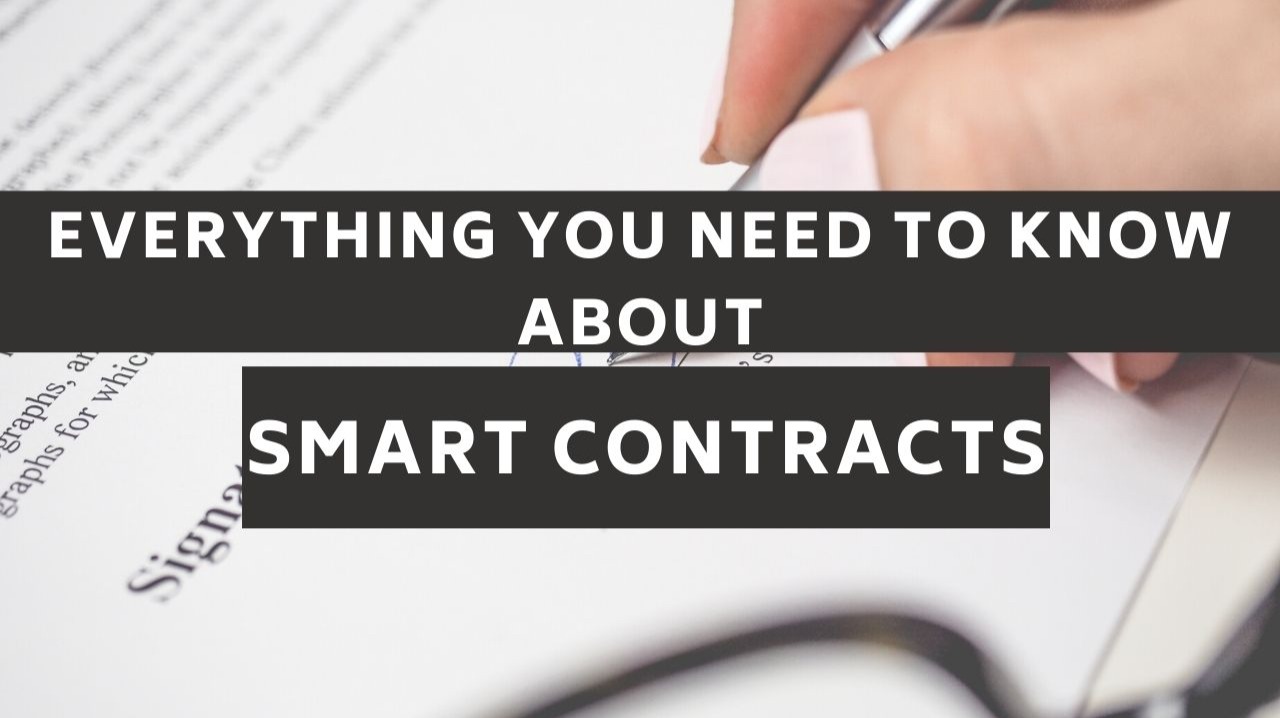 Everything you need to know about smart contracts

Smart contracts are a significant upgrade of the blockchain. The potential of its functions is endless.

What are smart contracts?

A smart contract (smart contract) is a programmed contract of which the agreements in computer code is stored on the blockchain. The contract is automatically executed without the need and trust of an intermediary party. These agreements can always be seen, but cannot be adjusted.

A smart contract is, therefore, anything but a paper contract under which you sign with a pen. It is a fully digital contract, consisting only of computer code, developed for you by a programmer. It contains all information in the contract: the persons between whom it is valid, when the contract will be concluded and what must be carried out when the agreements have been made, etc.

This gives a relatively abstract idea of what it exactly means, so let's explore the creation of a smart contract with a simple example.

The most straightforward example of what a smart contract is perfect for is for a simple bet between our favorite teams. Suppose Jason is a big fan of Manchester City, while Robert is a who is a diehard Liverpool fan. The match between these two title candidates is coming up, and Jason thinks that Manchester City is going to win, but Robert is convinced that Liverpool will win. Robert wants a Place a bet of 10 euros.

If Manchester City wins, Robert pays 10 euros to Jason, and if Liverpool wins, Jason pays 10 euros to Robert. At a draw, nothing happens. Without a smart contract, you make this bet on trust and assume that the other person will pay nicely if he/she has lost. However, Jason knows that Robert can sometimes be a bad loser. For example, if Manchester City is hit in the last minute by a wrongful penalty wins, chances are he can whistle for his money. With a smart contract, fortunately, he doesn't have to trust Robert per se, because it can all be programmed and be recorded.

Jason and Robert agree to lay down the bet in a smart contract that gets underway but based on the official results records it. They both pay 10 euros to the contract (in cryptocurrency's) and establish the contract so that Jason gets 20 euros of the smart contract if Manchester City wins and Robert gets 20 euros if Liverpool wins. In the event of a tie, 10 euros will automatically be paid out to both of them. The contract is put on the blockchain, making it automatically visible to all blockchain users. It is therefore impossible to modify it, and Robert can no longer determine that the result does not count if Manchester City wins by an unfair penalty. At the moment of the official result, the contract will automatically come into effect, and the winner's money paid out.

This example immediately brings some of the essential advantages of a smart contract to the fore. The biggest problem for the bet between Robert and Jason is that Jason does not trust whether Robert will pay if Manchester City wins. Of course, they can choose to have a contract of their own on paper, but few people make such a bet with each other. Moreover, Robert can refuse to pay and only then a lawsuit could lead to Jason gets his 10 euros. Few people file a lawsuit for 10 euros, and on top of that, Jason has to trust that his attorney is better than Robert's attorney.

The advantages of smart contracts

The smart contract is on the blockchain. The blockchain is a shared network. It is automatically monitored by all devices connected to it. These devices, therefore, all have a copy of the blockchain. Because of this, no one can change the contract.

The contract is entered into by yourself. There is no trust needed in a bank, attorney, broker or another intermediary. These persons can do not manipulate the contract to their advantage. The contract is made by the network managed and executed automatically.

A smart contract is secured by the best cryptography where the world currently has at its disposal. It is virtually impossible to hack this.

The smart contracts are fully automated. Some actions usually cost a lot of paperwork but can be done through a smart contract within a few seconds. This saves an awful lot of time and work.

Because everyone has a copy of the blockchain, the contract can be impossible to lose.

Smart contracts are a lot cheaper than traditional contracts. This is because no intermediate parties (with sky-high hourly wages) are needed. You don't have to pay, for example, a notary or lawyer who draws up the contract or ensures that the contract is carried out.

Smart contracts are performed by machines. Because of this, you have almost no burden of human error.

We've already mentioned this above as perhaps the most significant advantage of smart contracts, but it is also a significant disadvantage. Suppose you are entered into a lease but want to change it, this is not so easy. Of course, there are ways to get out of it together in a certain way, but this will take a lot of effort.

In a traditional contract, there are always 'ifs and buts' included. People spend years studying law, and all this knowledge needs to be included in the smart contract. So it is (still) susceptible to human error.

The third-party does not disappear completely

Although the third party is no longer needed, they don't disappear completely. The third-party mainly gets a different role. Primarily the demand for programmers will increase enormously, while the demand for them is already sky-high. This can make them even more expensive, and thus the drafting of a smart contract is going to cost a lot.

Smart contracts in the future

All in all, the future of smart contracts looks very bright. It will be at least equally will have a significant impact on our society as the internet has had. Just about any industry can be influenced by it. Smart contracts can ensure that intermediaries are no longer needed and that saves enormously in costs and working hours, but also the jobs of many people are in danger. However, the biggest challenge, for the time being, lies in how to deal with the smart contracts legally. There are still a lot of situations that we can't come up with a solution for, and as long as these are not resolved, it is still waiting for the revolution that smart contracts can bring about.