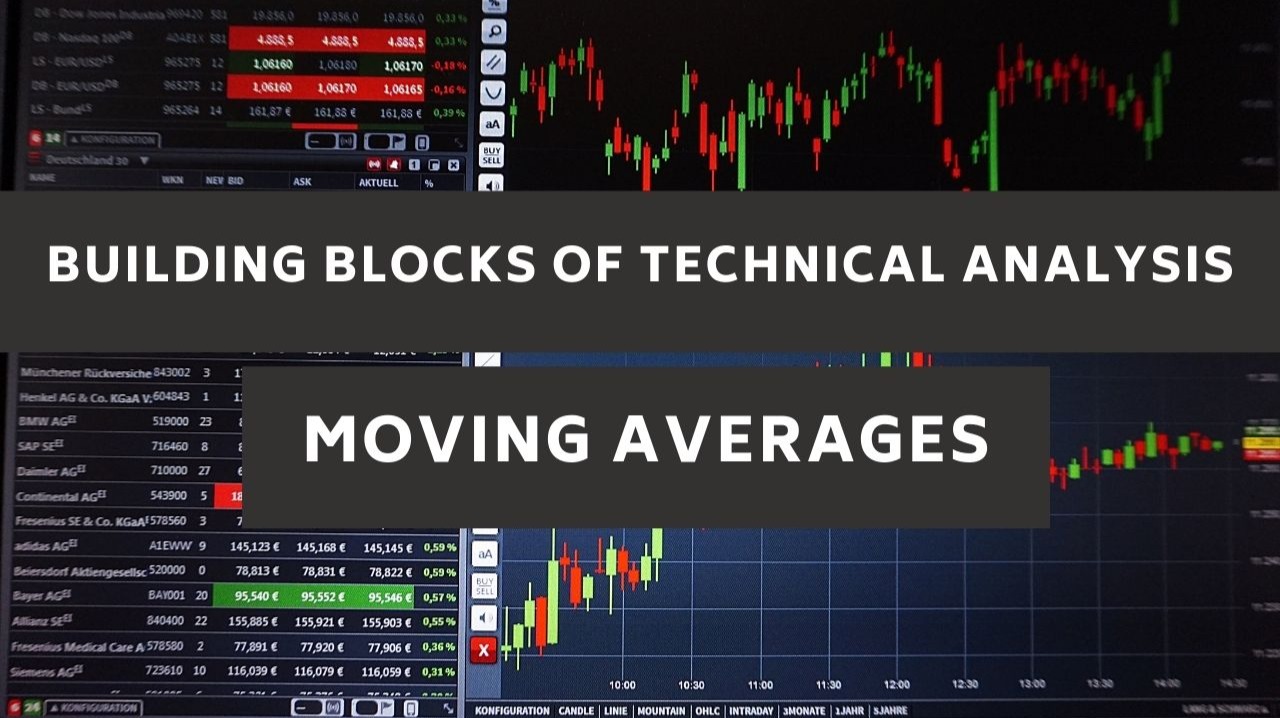 A multitude of different moving averages exist. The primary difference between the averages is the weight given to various data points, especially recent ones. The reasoning behind the weighting theory is that in assessing market movements, new data is increasingly more critical. The behavioral basis of technical analysis indicates that recent price changes should have a more significant impact on the psychology and decisions of market participants.

Definition: An indicator that shows the average value of a security or other data over a specified period. It is a smoothing technique that takes away noisy price action to indicate a probable price path.

How to determine Moving Averages

The Simple Moving Average (SMA) and the Exponential Moving Average (EMA) are the two most common forms of moving averages. Below, they are described in more detail. To apply the technique effectively, it is, however, necessary to understand the basic calculations.

To form a smooth curving line, i.e. the moving average line - the averages are then joined. Continuing with our example, if the average closing price is 15, then this new date will be added and the oldest day will be dropped, which is 10. The current simple moving average of 5 days will be calculated as follows.

Notice that, in principle, in the calculation of each EMA that makes up the EMA line, every previous closing price in the data set is used. Although the influence of older data points diminishes with time, it never disappears entirely. Regardless of the EMA's stated time, this is true. For shorter EMAs than for longer ones, the effects of older data decrease quickly, but, again, they never entirely vanish.

How to apply and interpret moving averages

For others, the initial thought is that greater sensitivity and faster signals are bound to be advantageous. For the technical analyst, this is not always accurate and brings up a great dilemma: the trade-off between sensitivity and reliability. The more sensitive an indicator is, the more signals will be given. These signals may prove timely, but an increase in false signals comes with increased sensitivity. The less sensitive an indicator is, the fewer signals will be given. Less sensitivity does, however, contribute to less and more accurate signals. These signals may also be late occasionally.

The same problem relates to moving averages. It will be more susceptible to shorter moving averages and produce more signals. More signals will also likely be produced by the EMA, which is usually more sensitive than the SMA. However, the number of false signals and whipsaws will also increase. Longer moving averages are going to travel slower and show fewer signals. These signals may prove more accurate, but they may also arrive late. To explore the trade-off between sensitivity and signal reliability, every investor or trader should experiment with distinct moving average lengths and forms.