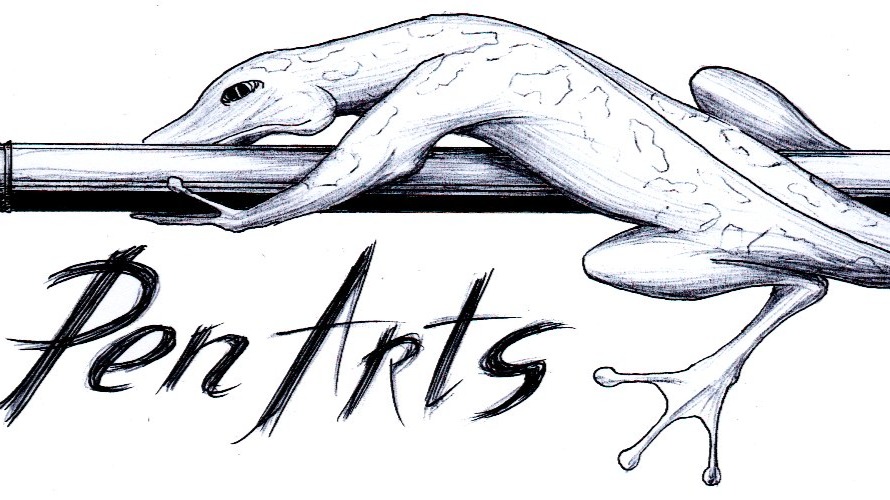 So if you read are old interview and watched his appearance on the show you must nearly all caught up.

So if you read are old interview and watched his appearance on the show you must nearly all caught up.

Good bro finally off for a few days how's things?

Making another NFT ready for the Auctions .

On nice when will it launch?

My Metal Series, its every week I have about 2 auctions, this is for the people in my charity, I was able to help most of the family heads get a job, and was very thankful to the WAX fam who help a lot for participating in the auctions, now I only have 7 families remaining that needs help to rebuild their lives all of the auctions proceeds goes to charity .

Oh wow that's amazing so you two each week are they on set days?

No just a come on go sched intervals for any drops or blend I have for that day.

Get you I have to say you do enjoy creating your blends?

Oh yes, just like a game, remembered collecting trading cards back in the day, how I wish I could modify those card I don't like much to a better card.

So are you planning to create a card game ?

Yes of course, but I'm always looking for a way to do it myself, because a game dev is expensive, and wish I have the skills lol but I'm only an artist, not techy enough.

Of course its bout creating the game you want under a budget which is hard?

Instead I always look for another way for my NFTs to be utilized, we have our OWS the Own Wallet Staking, and sign up for staking game at wombat dungeon and for spawning in immersys

So are your cards stake able in wombat dungeon now?

Not yet, they said they will process my collection this 2nd season, I think this March 23 dunno for sure, but I hope I get approved . Do you know some guys at wombat?

Sadly I don't I am trying to get in touch with them at the moment and I you get listed do .Will you be involved in giant giraffes trading card set?

No but I hope so lol.

So what you working on the moment ?

So will it be spades clubs hearts and diamond NFTs?

After all deck cards are release, this arts will actually be printed and made a deck card for a small motorcycle group who hired me to do this deck cards, and we agreed on 50 sets of deck cards will only be printed, they gave me permission to release it as NFT and now they're curious and want to know NFTs and WAX blockchain lol, but still this will be a physical card exclusive only to this group and the animated effects are only for the NFTs . 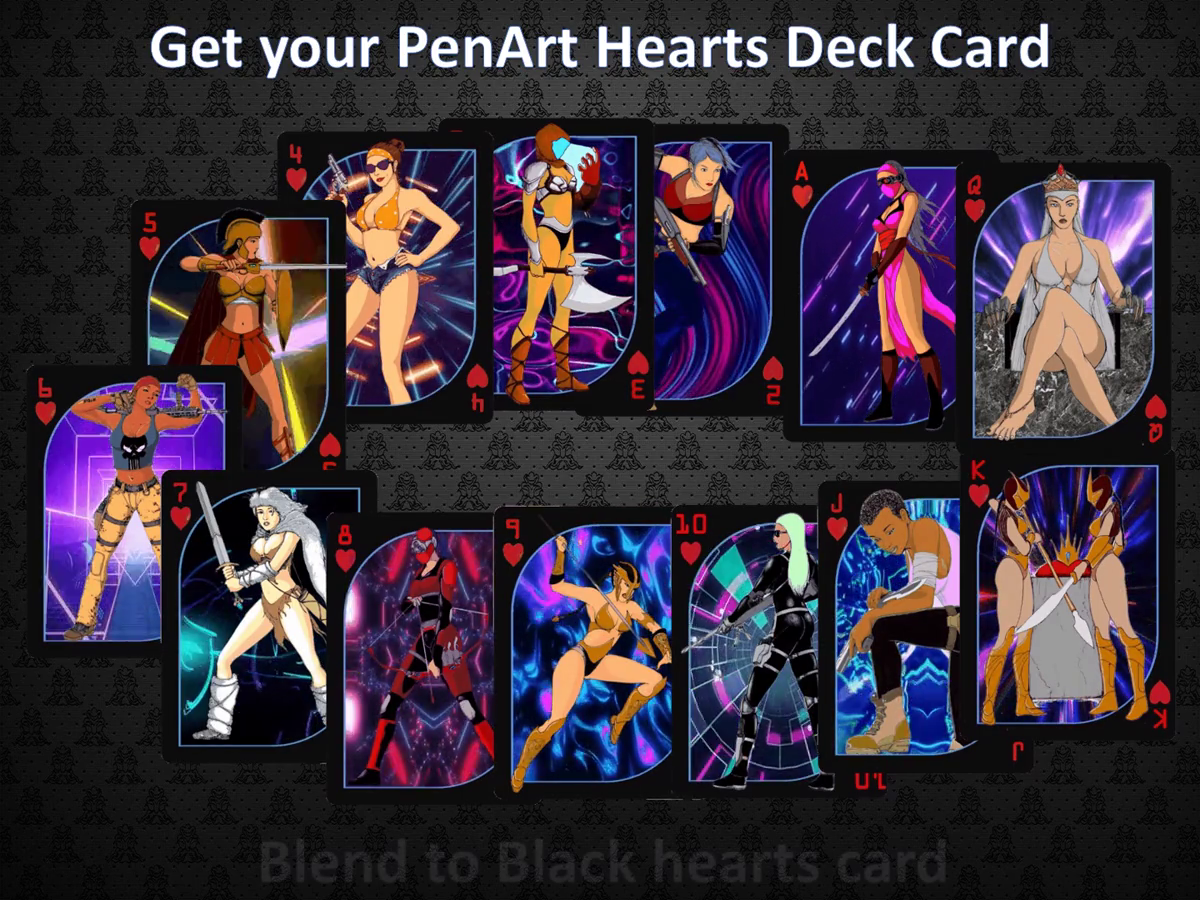 Yeah, Hearts already released early march, Clubs have ongoing drop and will blend soon so next will be the spades.

Jokers will be a extra cards aside for each special cards and will different arts. 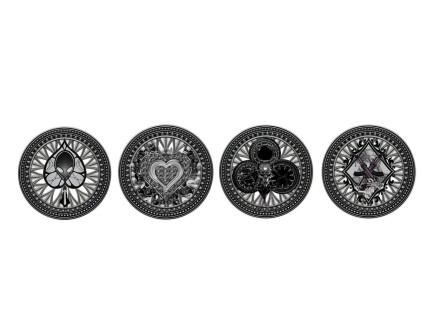 These are the token ornaments that can be used to blend the special cards.

Is there rarity's among the sets?

Yes white and black rarity , and black has the higher rarity than the white versions. 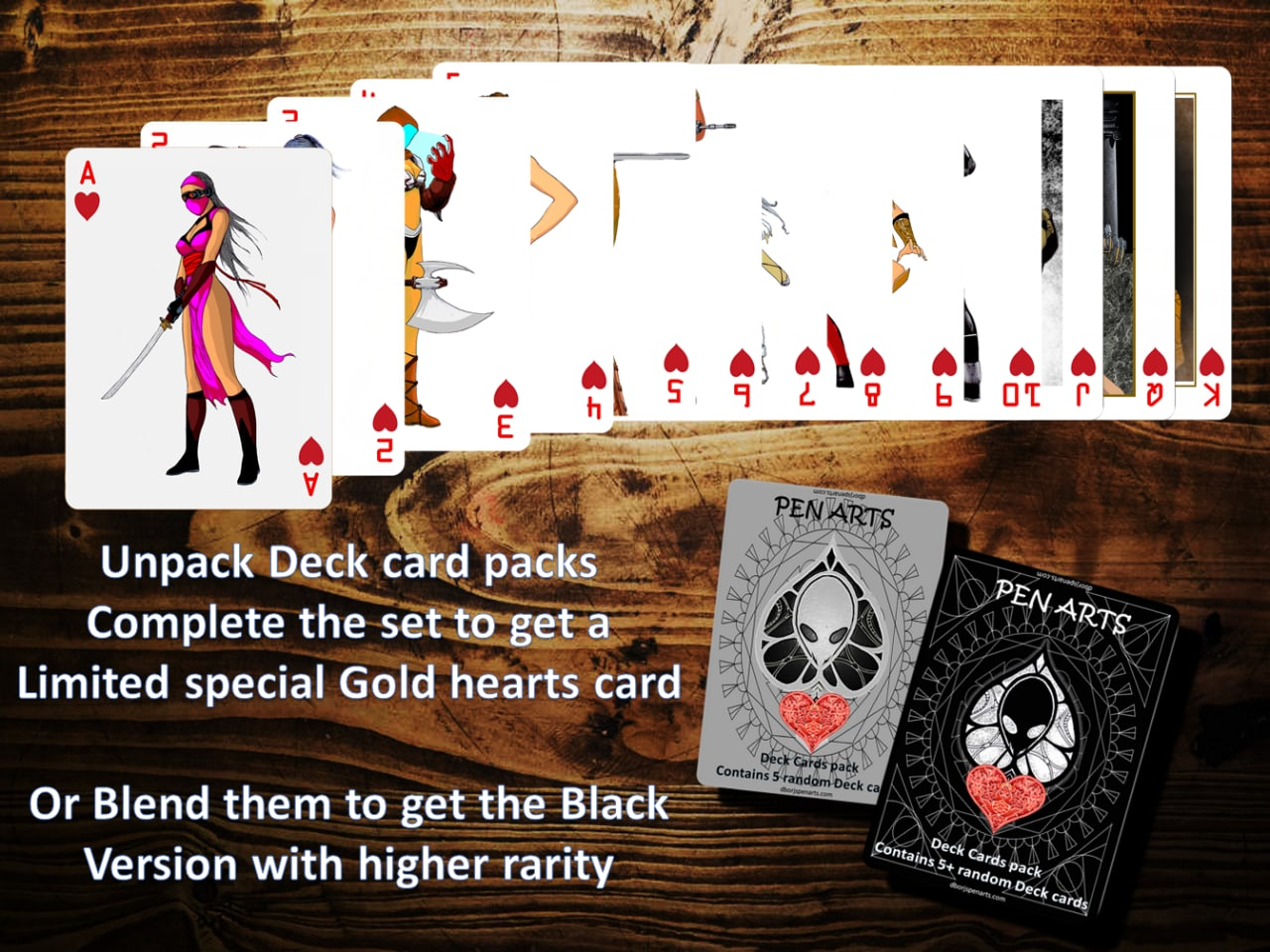 And is there set cards that will be animated?

Can white be blended up?

Yes the white versions are on packs and will be use to blend the black version if the holder wishes to, so if they have doubles they have a good use for the other one and of course with the blend token for every blend

Ah so is there a maximum mint on each of these?

mint supply is on infinite at the moment, when all cards are already out in about a week, all templates including the special cards and token ornaments will be locked and max mint will be specified as the last mint special cards are limited though to 80 to 125 mint supply only .

Ah right so in total how many NFTs will be in the sets including rarity's?

13 white and 13 black in each type ( Hearts, Clubs, Spades or Diamonds ) for the sets, the Ace, Jack, Queen and king are higher than the normal 2 to 10 cards rare and epic for the white versions and legendary and mythic for the black versions and the special cards . All NFT templates have the True image for a higher resolution graphic they can access that through looking into the details of each NFTs . 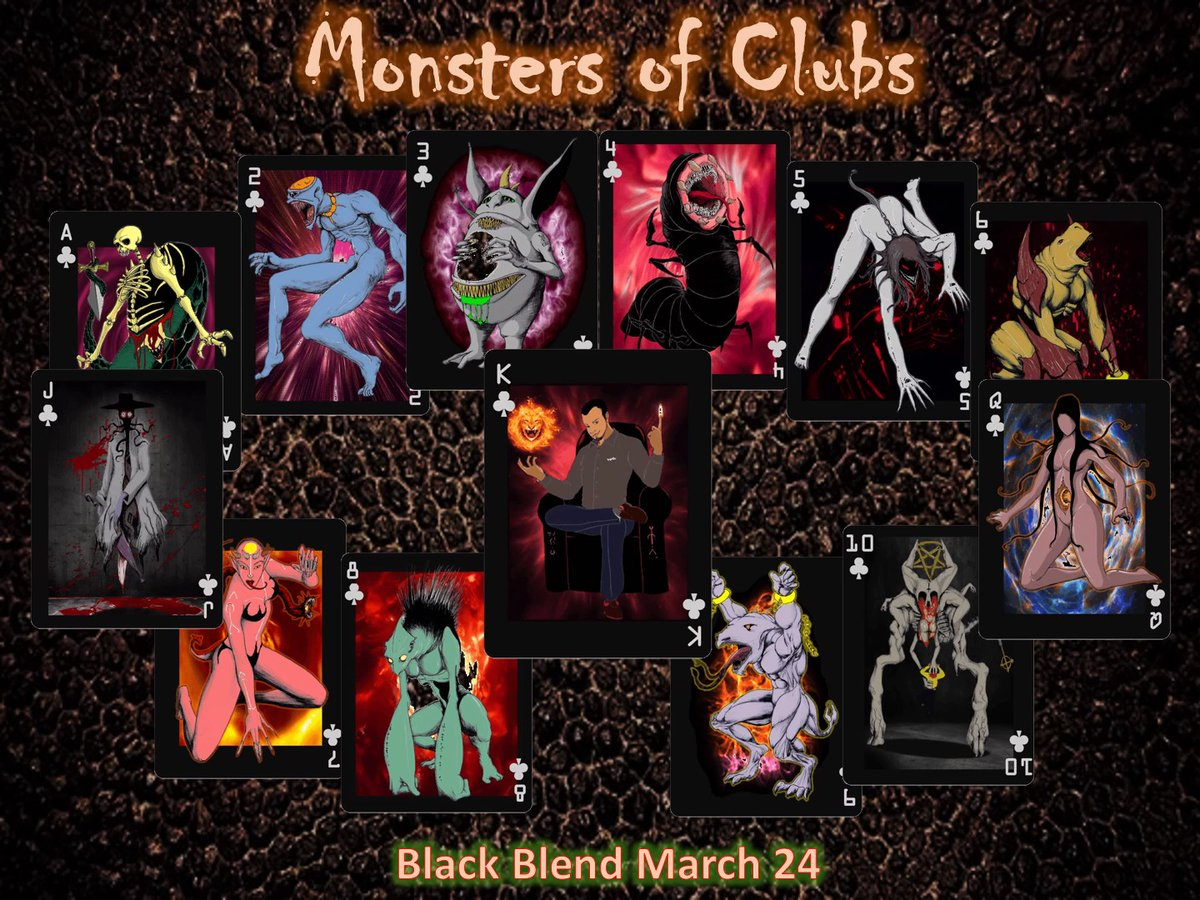 Is there collabs in the packs?

I could say yes, its you lol .

How come you choose me to feature

Because you're the one I know that brought Artist and collectors together on WAX and I really appreciate the things you do for the WAX Community .

Thank you its an honor to feature.

Its my pleasure Almighty one.

Ha ha ha how long has it taken to create this set?

For the hearts about 11 days, for the clubs only a week since i already got a few monsters sketches already, and started yesterday for the aliens, and i made only one lol

And do you have any ideas for your next project after this one?

The next project I have is the PenArt Action comics with Abstract Dragon for the awesome sounds . Action comics with animated effects and sounds and will be drop per page, and distributed to those who have a subscription tickets.

Oh so it will be sold on subscription based? 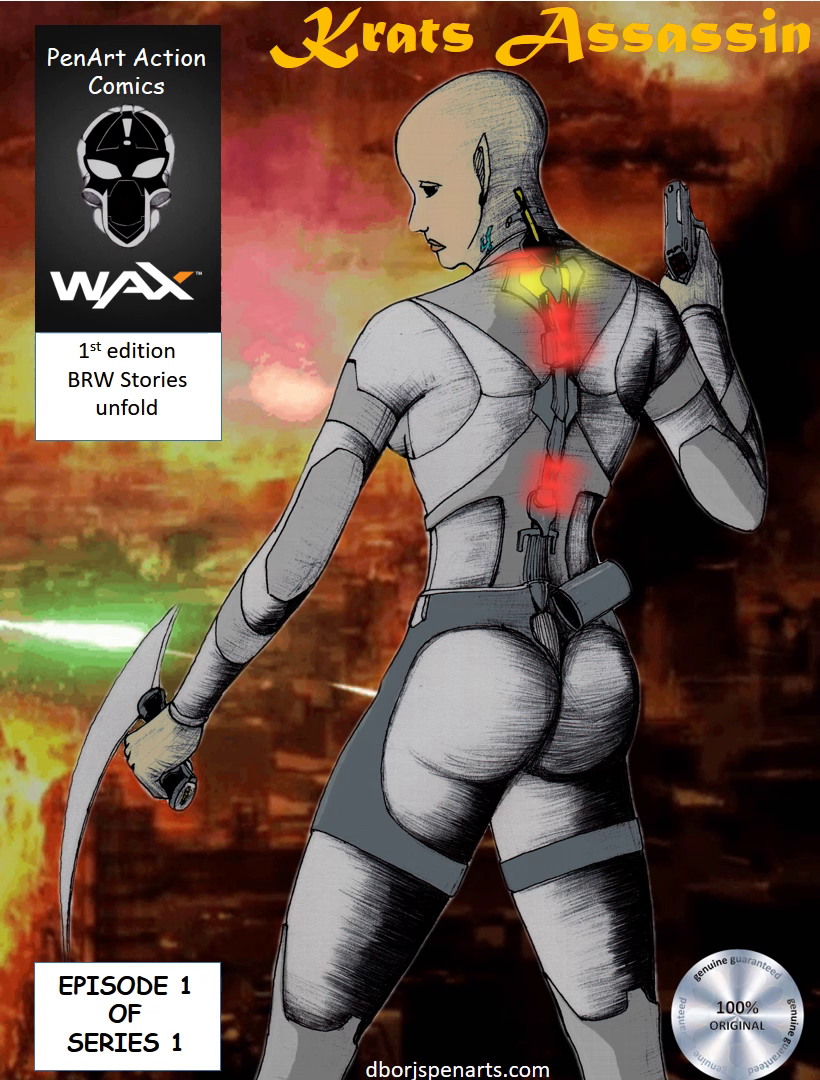 Yes and some pages are on the drops and blends I was thinking about the whole series to be in a pack for a solid complete comics, stories in this comics will be the BRW characters.

Oh brilliant how far is this downline to being released?

After the deck cards project and will announce this before marketing and or releasing I plan to feature also collabs from other wax artists on the comics like the duckbutts, giant giraffes, etc. 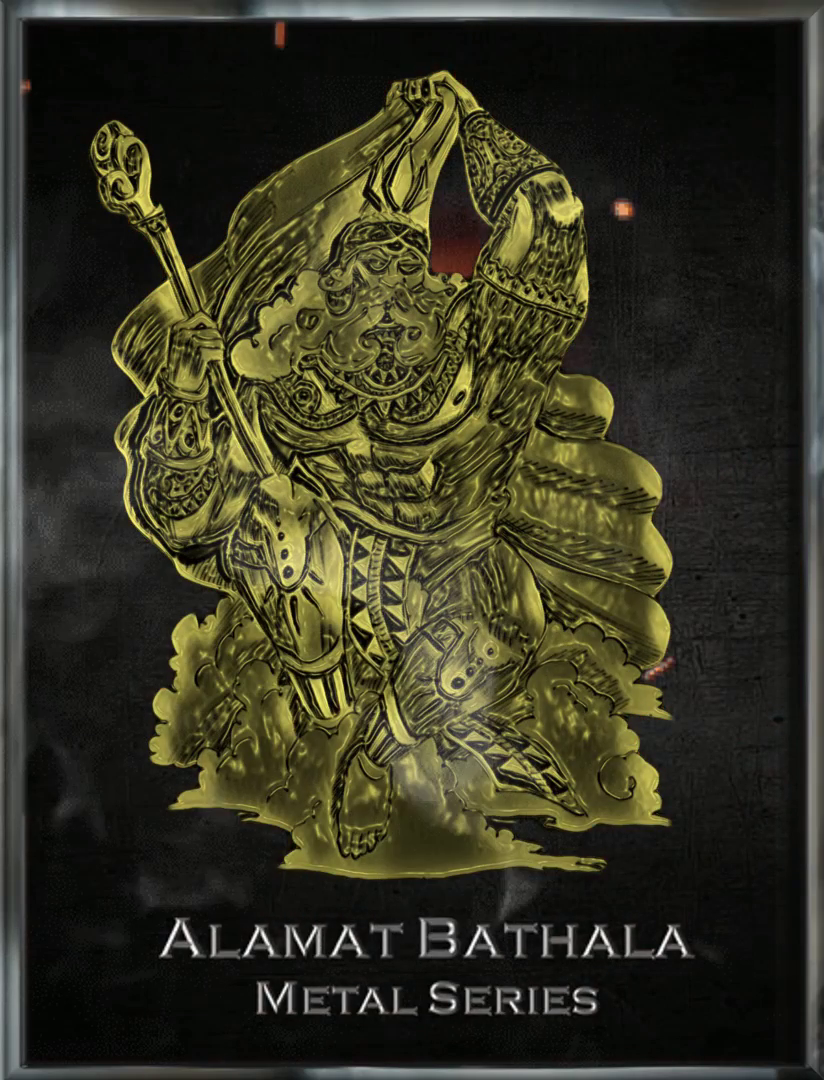 Check this out, my auction today for 2 days only.

Before I let you go is there anything you would like to add?

Yes I would say thank you and I hope to help more of those in need and grow more in the WAX community and thank you very much for being a friend.

Of course its always a pleasure bro and you never have to thank me for being a friend.

Right the first five people to drop there WAX address below will get a Legendary NFT of are collab . And if your not one of the lucky ones check the twitter competition below .