In the previous post, the market cap of Bitcoin was compared to that of the top 10 cryptocurrencies (excluding Doge) for each of Bitcoin's halving cycles. Additionally, a simple logarithmic model was established to estimate how much market cap growth Bitcoin could expect within the current halving cycle.

The Ethereum network's cryptocurrency, ether, is the focus of this post. Ether is a much younger cryptocurrency than Bitcoin, but it was able to make rapid market cap gains and has consistently held the #2 spot by market cap for years now. While Bitcoin and Ether are similar in many ways (decentralized, store of value, transferable, use the Proof-of-Work consensus algorithm, etc.), there are some key differences between the two:

This post is going to look at how Ether's market cap growth has compared to that of the top 10 cryptocurrencies (again, excluding Doge) for each of Bitcoin's halving cycles. Subsequently, a logarithmic market cap growth model will be presented and briefly discussed.

Ether's maximum market cap growth was extracted within each halving cycle and that data was used to create a simple logarithmic growth model. The resulting figure is also shown below.

Based on the data presented in Figures 1-3, Ether's performance and the performance of the top 10 cryptocurrencies are highly correlated (which makes sense considering that Ether is included in the top 10). The Pearson correlation coefficient (please refer to the previous post for a quick refresher on the significance of the Pearson coefficient) for each of the halving cycles are:

As shown by the correlation coefficient values, Ether has gradually become more correlated with the performance of the Top 10 cryptocurrencies over time (keep in mind that it has never not been correlated). Interestingly, Ether has remained fairly strong throughout the recent market downturn (this recent divergence can be seen in Figure 3), however, its market cap too has crumbled a little overnight.

As shown in the above Figures, the market cap growth that Ether experiences has almost always been larger than that of the top 10 cryptocurrencies combined. This indicates that a portfolio of Ether has historically performed better (in terms of market cap growth) than an index-like portfolio of the top 10 cryptocurrencies combined. Keep in mind that the market cap growth is calculated from the start of each halving cycle, which limits the number of buy-in events to three (one at Ether's inception and two at the subsequent Bitcoin halving events). 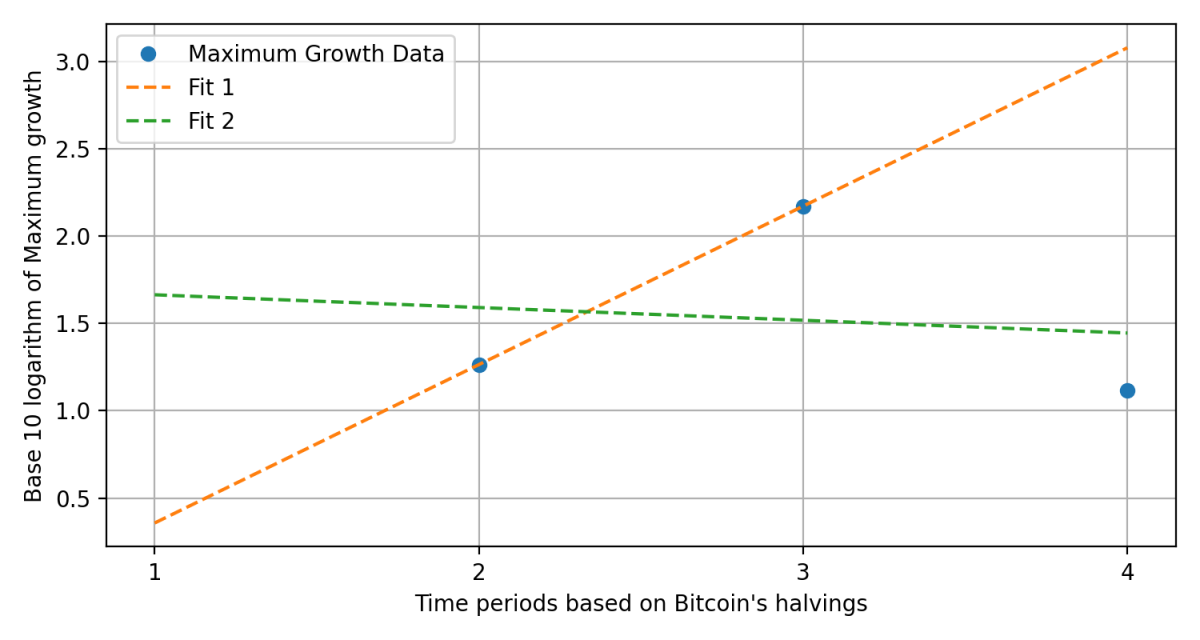 The cryptocurrency market is currently in a reversal/retracement after many currencies have achieved new all-time highs. These reversals/retracements coincide with similar behavior in the stock market. Investors/hodlers should keep that this behavior is quite normal and should not be a cause for alarm; investors/hodlers have weathered events like this (and ones that were much worse) many times before. In the long term, holding Ether has proven to be a very lucrative and worthwhile investment; as shown above, Ether has consistently out-performed the top 10 cryptocurrencies both in this halving cycle and the previous one. With the significant upgrades being made to the Ethereum network, it is difficult to predict how market cap (and price) will perform in the future. Current sentiments indicate that a transition to a Proof-of-Stake consensus algorithm and implementing the fee burn proposal might be beneficial to Ether investors.

If you appreciate the post, please leave a like/comment/tip below. Additionally, if you want to support this work, feel free to donate to any of the following addresses:

Engineer working in the space industry, with an interest in cryptocurrencies and data analysis.

A series of posts that numerically analyze the historical and current cryptocurrency market capitalization trends.