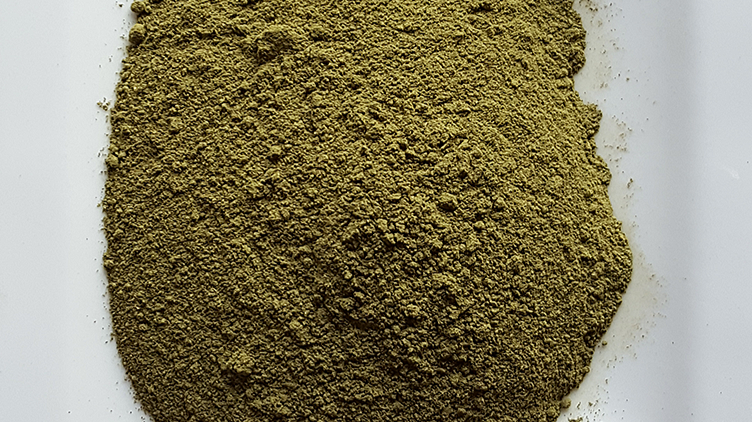 What do cannabis Kratom coffee ☕ & cigarettes🚭 have in  common 🤔  all of them have effects that are attributed to Alkaloids. So for this post I thought I would take a look at Kratom and it's active chemicals in relation to cannabis coffe and cigarettes as well as explain how tomatoes could hypothetically more toxic than marijuana or Kratom

What do cannabis Kratom & coffee ☕ besides coffee and Kratom being directly related, have in common these substances all can attribute their Nero chemical effects to alkaloids. Alkaloid are water soluble but THC is fat soluble, making it a distinct class of alkaloid Pseudoalkaloids. Caffeine & Kratom have the typical form of alkaloids with a nitrogen combination which is water soluble. Many substances that we encounter on a daily basis have chemicals that qualify as a alkaloids. Nicotine Caffeine are examples of Pesticide that is naturally produced by a plant to deter predation. However they occur naturally in most living organisms in one capacity or another. While some alkaloids are toxic especially in large doses. Some animals are adapted to alkaloids and even use them in their own metabolism.Such alkaloid-related substances like dopamine, saritonin and histamine in animals such as humans . Alkaloids are also known to regulate plant growth and are found in most organisms in the form of DMT.

Many marijuana consumers have seen that marijuana is not all that harmful in recent years. Humanity has been consuming coffee since the late 1400's & cafine since in tea 🍵 since 2437 BCE . Alkaloids have a negative representation in the media simply because people likely don't know the sheer variety of Alkaloids found in nature & even the grocery store. Coffee cigarettes energy drinks even more importantly they are often found in life saving medications 💊 like Quinine an effective antimalarial. Just like Marijuana's Nero chemically interactive alkaloids
THC CBDs ect Kratom has an alkaloid that is psychoactive mitagynine.
Mitagynine is the most abundant active alkaloid in the Southeast Asian plant, Mitragyna speciosa commonly known as Kratom. Many people who have heard of Kratom immediately assume its an opiate that is not true. While yes it effects some of the same protein receptors that are associated with opiates its effects are different in Kratom.

Mitragynine acts on a variety of receptors the central nervous system notably the mu delta and kappa opioid receptors as well as limited interaction with dopamine, D2 adenosine, serotonin , & alpha-2 adrenergic, receptors. Mitagynine seems to have a chemical affinity with the mu delta receptors. While only limited chemical interactions exist with the kappa opioid receptors & dopamine, D2 adenosine, serotonin , & alpha-2 adrenergic, receptors. This means that while acting on many of the same receptors the limited interaction with dopamine & saritonin production makes it far less addictive than most opiates. Due to the fact that most drugs that stimulate dopamine & serotonin over production are directly linked to Nero chemical addiction. This is why many people likely utilize Kratom to stop taking opiates & other psychoactive chemicals that are addictive. While yes Kratom has been shown in limited animal testing to display similar reactions to what would be expected of a an addictive substance many chemicals have. For example one of the oddest drugs that has had animal testing show that it may be addictive is a form of Anti retro viral specifically the ARV used to combat the symptoms of HIV. Morphine and many other products that are either derived from or synthesized to replicate effects of opiates are addictive. However Kratom is not as addictive nor as dangerous as traditional opiates. Due to the fact that the majority of the interactions are with the mu delta receptors. This isn't necessarily as dangerous as interaction with the dopamine serotonin production & kappa opioid receptor. Instances where the deth of a Kratom user can only be attributed to Mitragynine
Toxicity are rare if not nonexistent. The typical cause of death or seizures in the few cases that have been tied to Kratom are typically caused by drug interactions. That is to say that they where still abusing additional substances that interacted with Mitragynine. The additional substances such as but not limited to amphetamines prescription pain killers psilocybes & synthetic opiates like fentanyl or suboxin that are the actual issue.

A number of psychoactive chemicals that are either derived from or are alkaloids is simply 🤔 astounding. Preparations of plants containing alkaloids and their extracts, and later pure alkaloids, have long been used as psychoactive chemicals. Nicotine, codeine, caffeine and cathinone are stimulants of the central nervous system. While Mescaline and many other indole alkaloids such as psilocybin & dimethyltryptamine have a hallucinogenic effect Morphine and codeine are strong narcotic pain killers. There are alkaloids that do not have strong psychoactive effect themselves, but are precursors semi-synthetic psychoactive drugs. For example, ephedrine & pseudo ephedrine are used to produce mecathinone and methamphetamine. thebaine is used in the synthesis of many painkillers such as oxycodone.
These are examples of derivatives where as Thc when extracted is a concentration of the naturally occurring alkaloid. It only becomes a derivative when you decarboxilate it.

The scientific term LD50 describes the lethal dose at which 50% of the test animals have died. Everything, including water has a level at which they consider it to be lethal in 50 % of animal's tested. To put this into perspective the LD50 of nicotine is 50 mg/kg in rats ,caffeine is 367 mg/kg (that’s milligrams of caffeine per kilogram of body weight) in 🐀 rats .Green tomatoes contain a substance called tomatine which can be toxic Tomatine’s LD50 is said to be 500 mg/kg. One of the few tests that measured the LD50 of mitragynine was found to have been 547.7 mg/kg. This means that green tomatoes are effectively more fatal than the most predominant alkaloid in Kratom mitragynine. This LD50 is almost double that of caffeine an adult human male would have to consume roughly 60 cups of coffee at 100mg of caffeine a piece to consume a fatal dose. So essentially you will have to drink about 120 cups of Kratom tea before you could potentially reach a fatal level. However it's worth mentioning that animals show a variation of tolerance to Mitragynine Toxicity so most animal testing can show us is that species toxic level. We can however back up these results with cases of legitimate overdose that can only be effectively attributed to Kratom.

Now the fact that marijuana is harmless is not news to me but the most surprising thing that my research for this article showed me was.  That THC has a surprisingly low LD50 800 mg/kg in rats 🐀  is the fatal dose level for Marijuana. Previously i had already believed cannabis was fairly harmless when properly grown. But this would suggest that green tomatoes are almost 2x as dangerous as THC the strongest psychoactive chemical in marijuana. And coffee and cigarettes are 16x more likely to cause a overdose than cannabis.  Cafine and nicotine are both much likelier to cause a overdose than THC which is impossible to overdose on.

A incredibly low number of legitimate
Kratom overdoses exists in modern world which is reminiscent of the overdose stats in relation to cannabis. Some rare outlying instances that are likely attributed to different causes like drug interactions and health problems that existed previously. You are much more likely to ingest the lethal dose of nicotine than a lethal dose of mitagynine especially when you compare tobacco nicotine levels with Kratoms mitagynine levels found naturally. Tobacco leaves contain a nicotine concentration 0.5 to 7.5% naturally & levels of 2%–14% found in agriculturally cultivated plant's. The level of mitagynine found naturally in Kratom leaves is 0.5 to 1.5 % by volume. So a chemical that is 1/5 as lethal as nicotine & is in levels 10% lower than nicotine concentration in tobacco. You can extract the active alkaloid in question from both substances however mitagynine is not absorbed through the skin whereas the nicotine is. Despite the Toxicity of tobacco children still harvest it as a summer job in the United States similar to corn detasaling but much more likely to cause health problems later in life.

This article is intended to provide sufficient information about Kratom it's an endangered species that up until recently was largely unheard of. It was originally outlawed by certain countries that profited from the opium much the same way cannabis was to protect interests in the timber industry. The truth is its coffees cousin that contains antioxidants and just so happens that its alkaloids predominantly effect the mu delta protein receptor that morphine also effects. This is not the same effect as morphine however because of it's affinity with the mu delta receptor isn't shared with morphine making morphine much more addictive and dangerous. Caffeine effects many of the same receptors that most dangerous and illegal stimulants do as well but children can buy caffeine & it's much easier to overdose on than mitagynine.

This is a link to the Atlantic article detailing the child labor i American tobacco fields https://www.theatlantic.com/family/archive/2018/06/child-labor-tobacco/562964/

This is a link to Wikipedia's list of alkaloid types https://en.m.wikipedia.org/wiki/Alkaloid