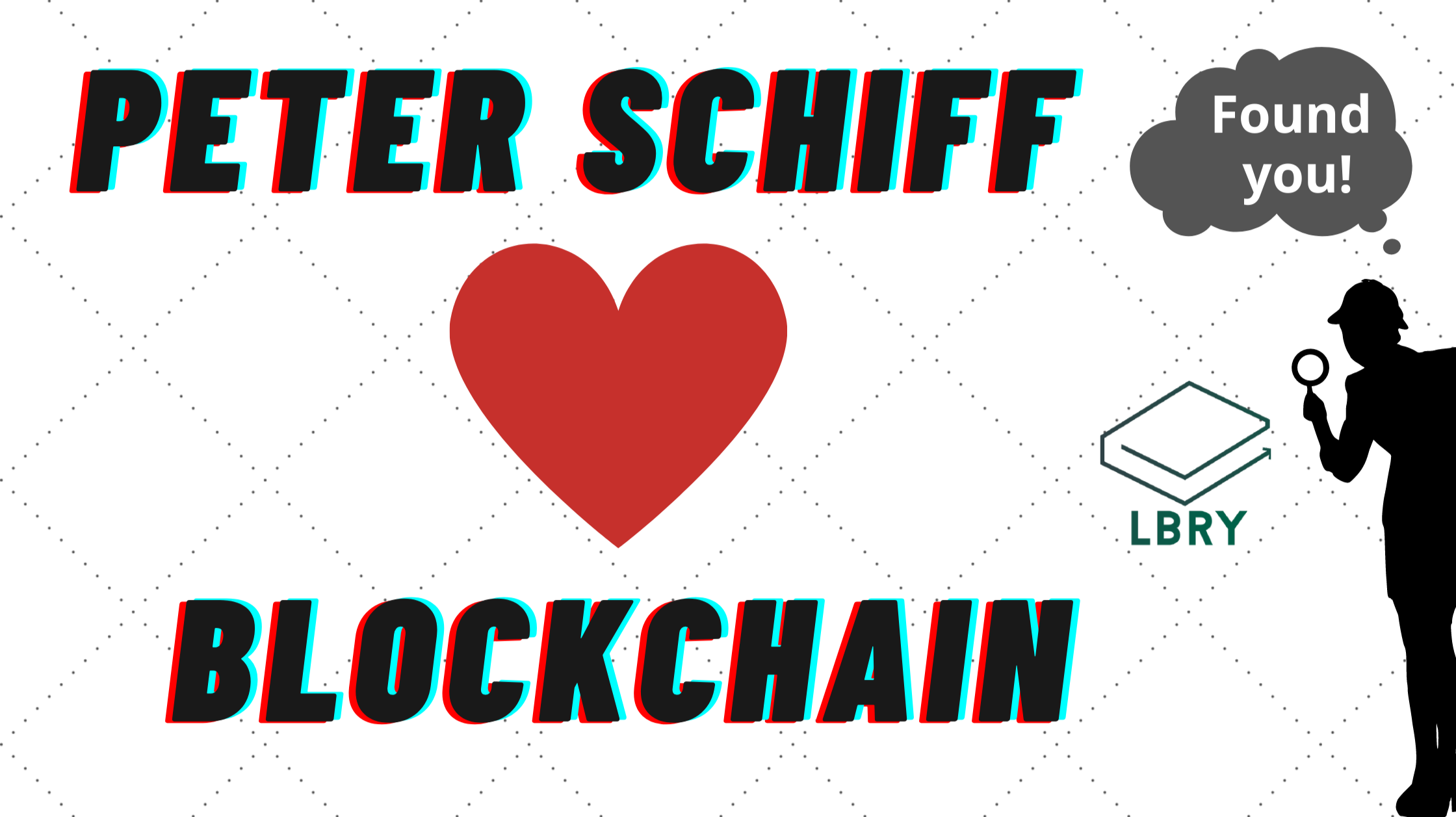 Peter Shiff loves blockchain - Proof is in the "pudim"!

I watch the Peter Schiff show on a regular basis. I often joke with my husband about Peter's show /podcast opening... For those who listen to it on a regular basis it certainly sounds like the Peter "SHIT" show is about to start (Forgive my French). But unlike many in the crypto realm think, his show is actually very informative and very educating when it comes to investing. Over the years I have learned quite a lot from him.

However, one thing that amazes me... The fact he dislikes Bitcoin, often highlights it on social media, as if it is an irrelevant tulip bubble. In my opinion, he is actually quite well versed about Bitcoin value and unlike many of his supporters that often arrives on his threads, defending him when he tickles the crypto community... He is actually making use of blockchain technology as we speak. For one reason or another!

In the passed Peter has spoken highly of Bitcoin and blockchain technology. He has talked about it publicly quite few times, so it is understood that he DOES grasp the technology. He may have changed his mind and think it is a tulip bubble now, but once at least once he understood. Here is a quick video that showcases his passed opinions.Video from 2014 when Bitcoin was prices at $500 and he expected it to lower.

But hey I am not here to make you believe that Peter Shift is currently endorsing Bitcoin or placing any portion of his personal investments into it. (Although I think he is ALL IN). I am here just to tell you that he does see value in blockchain and I know that for sure because he is currently using a blockchain platform called @LBRY. Yep I am using it too! Even if he wanted to back up his YOUTUBE videos, as many content creators have been diversifying for fear of demonetization, he certainly had many other alternatives to pick and choose from other than a decentralized, blockchain, crypto rewarding platform like @LBRY. Just sayiiing.... There is Vimeo, Facebook and many other alternatives out there. He choose to create a channel on @LBRY, Link @TheSchiffReport currently with over 13,000 subscribers.

To top it off.. It is certain that he has been stacking some LBC! As public recorded on Lbrynomics.com his Channel is valued at 67747 LBC tokens valued at $1829.16 and expected to grow if bull run continues. He is doing well and ranked 67 on the top 2000 channel list. Go Peter! Super cool. Maybe it is time to let it out on social media and let people know how much you are loving it!

Not everyone will place their money where their mouth is. Do not listen to any and every advice, do your research and follow YOUR own gut!

Ps: Not investment advice, just a fun post commenting on my fun realization as I watch the The Peter Schiff Show on @LBRY. It was like DING!