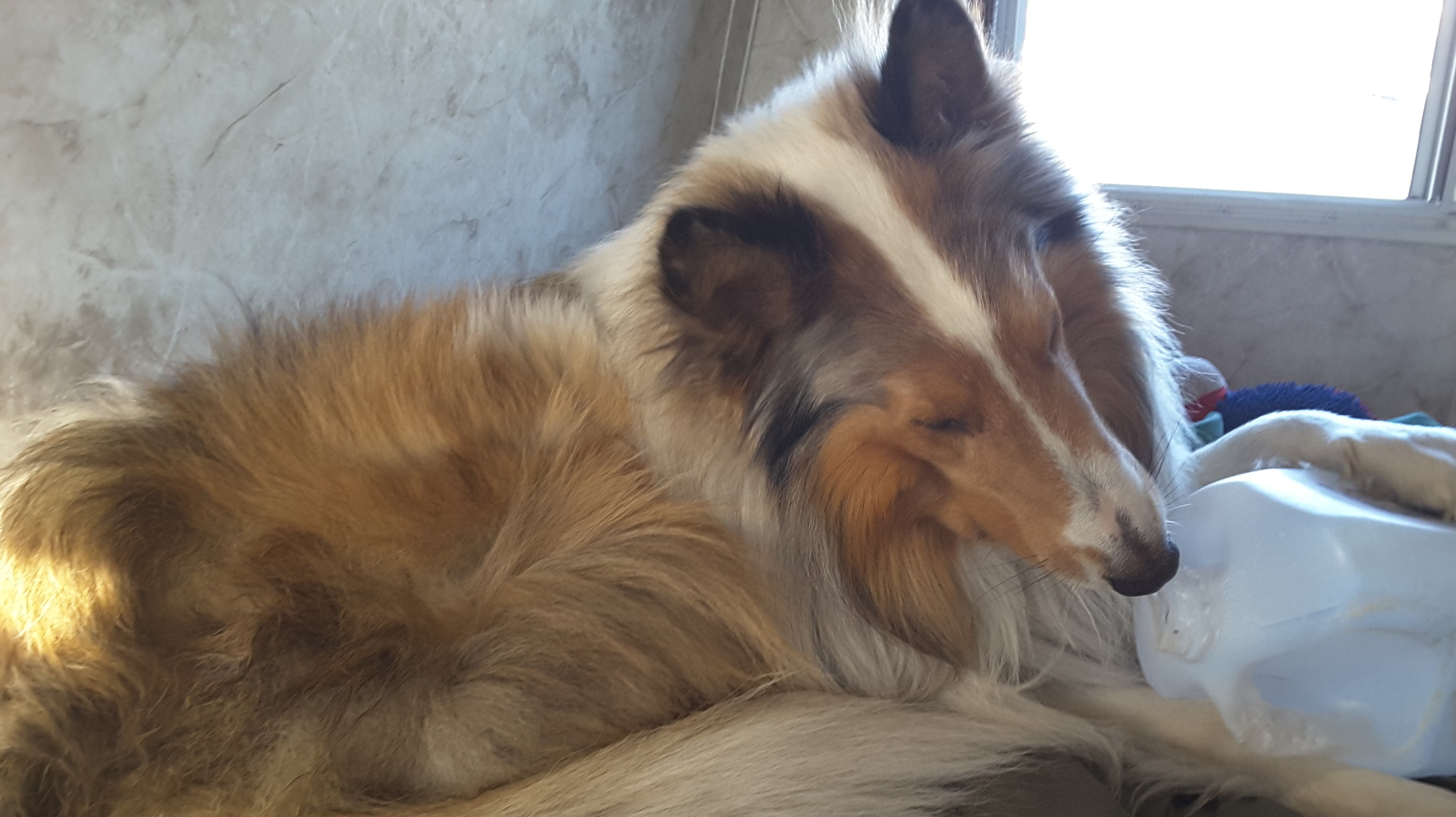 "This is Bentley," I say cheerfully when I overhear someone comment about the beautiful dog. Bentley is my collie, an old fashioned Lassie dog. We're walking down the busy main street of our home town. It's a nice evening with lots of folks enjoying the outdoor dining. Bentley turns to check them out, cautiously sniffing in their direction.

Bentley was a true rescue puppy. When I got him at six months he was covered in fleas and not quite 20 pounds. He should have been close to 40. He was also terrified of people, human voices, and pretty much everything but other dogs. So out of character for the collie breed!

Bentley was about two when I realized he still never let anyone but me touch him. He was Sly about it, sliding lightly away from people we saw daily at the dog park. He didn't act fearful or aggressive so I hadn't realized he still didn't trust humans. Leaving him with that constant unease would be unkind. So we began walking downtown on busy evenings.

At first Bentley would move as far away from anyone who looked at him as the leash would allow. I stayed relaxed and let Bentley choose if he wanted to make contact before we continued walking. In a couple of weeks he began looking for who I was introducing him to, some times he would even cautiously sniff and check them out. Then I began noticing him checking out some individuals on his own. I got curious about the people Bentley was interested in and discovered they all either had dogs or had just been visiting someone with dogs.

Today Bentley is confident and outgoing, and loves making new friends. He enjoys exploring and greeting people and exemplifies the awesome characteristics of the collie breed. We can't teach confidence or trust, but we can make a safe space for wisdom to blossom.

I have been called shaman, druid, witch, devil and many other things. What am I? I am a magical being not so easily categorized, boxed in or limited by names and roles. I love nature, animals, growth, learning, and liberty. I love life and celebrate it!