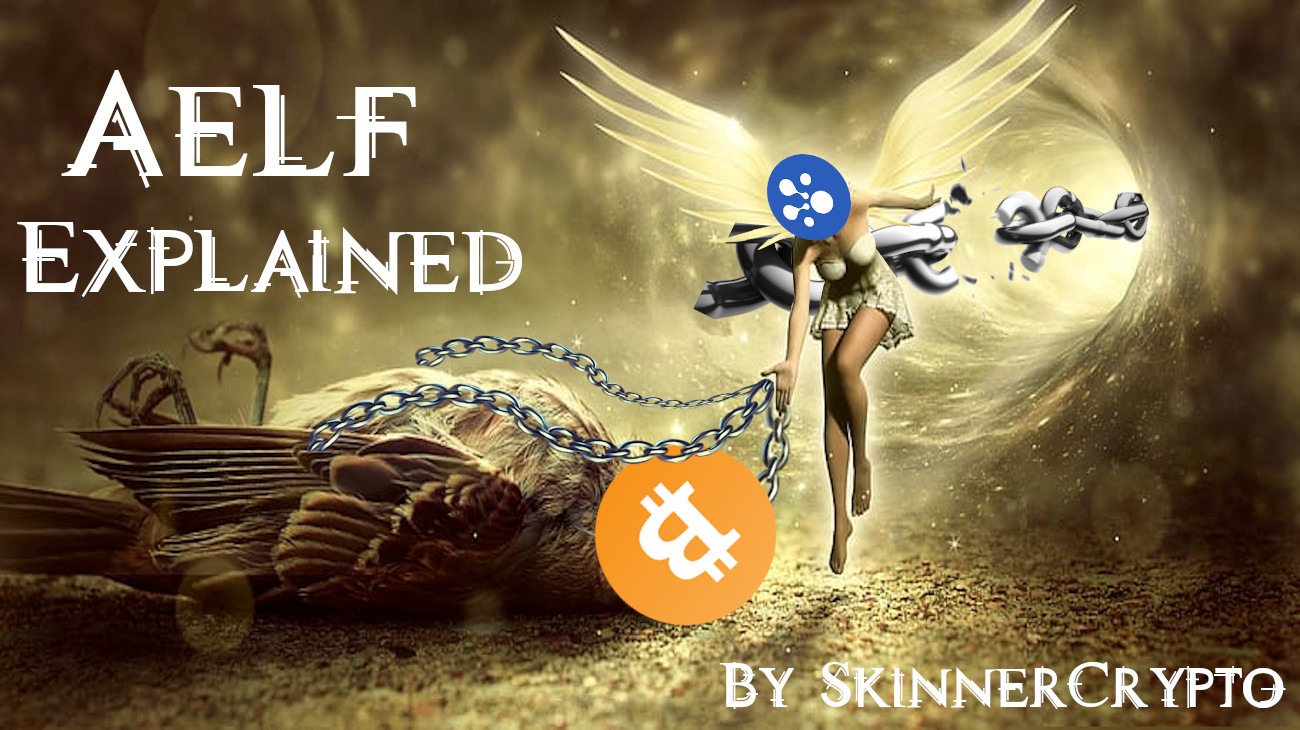 Ah, Today is a happy day. After winning a SUPER COVETED runner up position in the month's Publish0x writing contest on Loopring, I have found myself with another swell opportunity to show off my chops to the great folks at Aelf, who are now currently hosting a writing contest. Oh goodness, I love that crypto. If I could marry those sweet little pieces of electrons and hashes, I probably would. And I'd probably end up on one of those weird reality television shows that document people making love to their cars. That's a little too far, but you get the major idea: I'm a strange person. 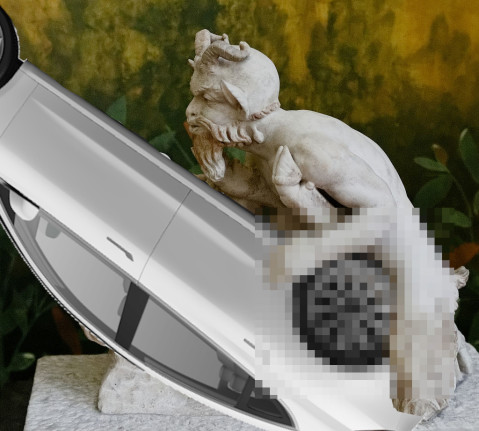 The Beginning of The Journey.

ANYWAY, before relatively recently, I had only heard of Aelf in passing, not really knowing what their project was about. It was very sadly off my radar. I did some reading, and they do indeed have an interesting take on things like blockchain scaling, integration and cloud computing. I'm actually really glad, because Aelf sounds like what someone would call their version of elves in their fantasy novel if they didn't want to incur copyright issues. 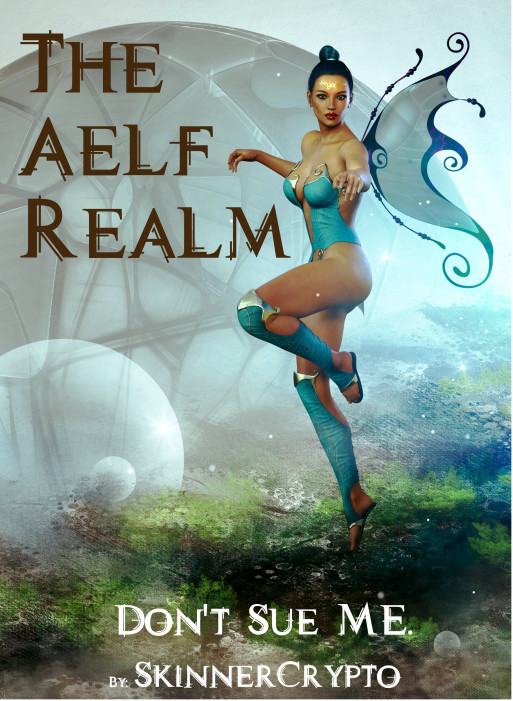 I Could MAKE BANK Writing This Novel...

Now, I like to vet new projects and treat them all on equal footing. As part of my Super Duper Project of DUE DILIGENCE, The first thing I do is give the site a quick overview, read the copy they have provided for their visitors, and then look for the goodies. What goodies? Why, the WHITEPAPER of course. Any investor or new user can learn about a project's purpose and operations at a high level just by taking the time digest their whitepaper. Everyone should do this because that is what it is there for. Any crypto company with a blockchain or token worth their salt has one of these babies. Aelf does too.

I believe that understanding the problem a company is trying to solve is instrumental to better understanding their product. The folks at Aelf believe it is time for crypto and the real world of business to finally come together. In order to do this there are three major problems that must be overcome:

1.) Blockchains have an issue of scalability. This was evident ever since Satoshi woke up one day and decided to kick the world in its a** with his/their/her distributed ledger technology. Scalability is complicated issue, but it comes down to the size of blocks and the number of transactions a blockchain can handle in a particular time frame.

2.) Blockchain transactions and smart contracts are implemented on the same chain. In their whitepaper, Aelf says that this can cause a huge problem when it comes to executing smart contracts.

3.) Existing blockchains have little in the way of a consensus protocol that can adapt to change over time.

Knowing these three things is a great launchpad to understanding Aelf and why you should be interested in them.

Okay, So... What Do These Guys Propose?

I don't want to bore you with the extreme details, because they get into the "nitty gritty" of the tech in the whitepaper, which includes a little mathematics. Not like, PhD level "Oh-my-God-I-Can't-Invest-I-This-Because-I-Don't-Freaking-Get-It" mathematics (looking at you, Cardano), but enough to make the process of understanding their goals... cumbersome if your body isn't ready for it. Without digressing much further, I think that the "understandability" of the technology to a wide audience is pretty important, especially if we want mass adoption. That being said, Aelf's ecosystem an be summed up in a few major goals:

1.) You have the "Main Chain", or the primary blockchain in the ecosystem that is essentially the daddy to several different "Side Chains" that have different use cases. According to Aelf, breaking up the process like this helps them to substantially improve the efficiency of processing. Think "Layer 2", but inside the "Layer 1". Think of it like this; Instead of having multiple babies with different attributes, you just have one "Frieza-Like Baby" with multiple forms. It makes the process of growing and computing easier. Efficiency means scalability. Real talk.

2.) Then, you have a method of communication with external blockchains, such as Bitcoin and Ethereum. This is important in the implementation of the "Side Chains"

3.) Parallel processing functionality along with a cloud based service.

4.) Each chain has the "basic pieces" necessary to run it, which takes a lot of the complication out of the data and allows for customization.

5.) Through a DPoS (Delegated Proof of Stake), they integrate the ability to do a bunch of stuff on the chains themselves, such as voting on protocol changes, participating and incentivizing development of side chains, and more. In other words, Governance by the stakeholders to make things happen on the fly.

But Ginger Man, WHAT DOES THIS ALL MEAN?

Hold your horse, I'm getting there. This is the bottom line of the project; In order to communicate with other business and say, their blockchain technologies, you need something that can basically do the translation for you. Ever tried to say, convert ethereum/TRX/Etc. into some other altcoin or token? It's kinda hard to do directly. In fact, I'd argue it's basically impossible in the current ecosystem. Why? Here's some steps I hve gone through in the past:

- Oh no, I want some NewDamnCoinToken X! But, I only have ethereum!

- Oh, well in order to get this coin I have to send the Ether from my wallet to the exchange.

-Damn it, Now I need a wallet for NewDamnCoinToken X.

The idea is a really big word that you hear a lot, but see little of in practice: INTEROPERABILITY. What if you could streamline the process by making a system where multiple chains are supported? Oh, just point and click and BOOM. You transferred from one token to another in the chain for a nominal fee. Awesome.

But That's Not All Folks! There's more to the Aelf than meets the eye. Are you a dev that wants to run a computer intensive application? Well, here you go! With their resource tokens, you can use the power of DISTRIBUTED COMPUTING to get those bits rolling. They have different tokens for different required resources such as RAM, CPU power, etc.

Not only that, but if you're wanting to build your own token on the Aelf platform, you can do it! Build your own awesome token with separate incentives and use cases. Not enough? Oh hell, then you can just get your hands on some good ol' fashioned ELF token and play a role in the DPoS system and gain voting and block reward rights and pay for transactions. Oh yes, That's spicy.

So, before I talk about the financial outlook, I wanna say first and foremost that I am not a person you should listen to for financial advice. I'm sitting in my mom's basement eating ramen I made two days ago. No, don't take my word for this stuff.

So, the first thing that really puts me on the edge of my seat is the acronym DPoS. There's nothing more fun than earning a little coin by helping the ecosystem out with their block production. I can't get enough of it, and you shouldn't either. If there is proof of stake, there is potential to earn in a mutually beneficial relationship.

On top of that, the total supply of ELF is fixed at 1 billion tokens, distributed in different ways. They have a burning mechanism that involves transaction fees, as well as a halving mechanism for block production over time. This mean one thing: ELF is delfationary. If the folks at Aelf are successful in realizing their plan and get a really great ecosystem of inflows and outflows going, you're gonna see the token rise in price. In fact, in terms of price they are already doing pretty well:

Their market cap is damn near in the top 100 as of this writing, and their volume is pretty good, though for higher confidence levels, I would love to see this volume increase. Remember folks, we are in the Post-BTC Halving Era as of yesterday (May 11th, 2020 for all you future readers). If the coveted Stock to Flow Model maintains its course, BTC's high tide is gonna raise all the ships. This is fantastic for speculators and stakers/investors alike. These times ahead are the proving ground for the model; if it breaks, damn. If it holds, Hell Yeah.

One thing people don't immediately recognize about Stock to Flow is that while halving decreases inflows into the exchanges, outflows must happen too - and in greater volume. What does this mean? Adoption. Adoption must occur in order for this to work. Bringing this back around to Aelf, they appear to have a solid plan that will allow people to not ONLY use their blockchain technology, but conveniently use other blockchains as well. If they can make this user friendly to the point where good ol' Grandma, Inc. can trade her Grannycoins out for some sweet BTC, and run her advanced cookie recipe algorithm on a decentralized computing network, you're looking at a golden opportunity to get a whole lot of people using it. Lots of people.

This blockchain may be called Aelf, but their goal is not a fantasy. Check them out, read their WHITEPAPER and their paper on TOKEN ECONOMICS.

Until next time, keep your eye on the markets, and prepare for some "Non-Copyrighted" Action in the Aelf Realm. 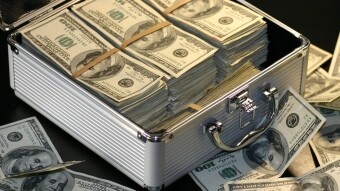