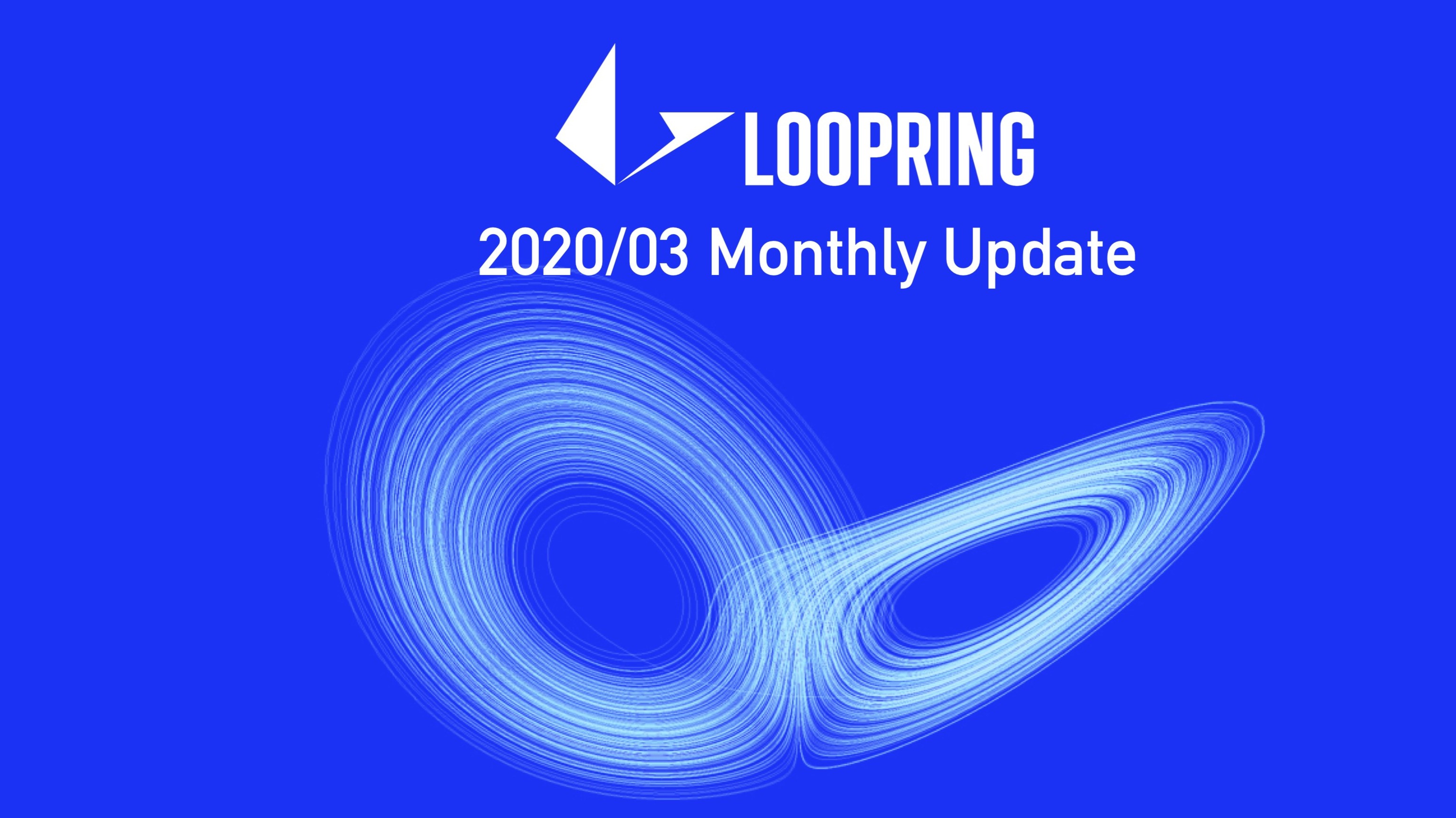 During March — the first month following the launch of Loopring Exchange — we have made many optimizations on the frontend and backend of the DEX. At the same time, we have also made incredible progress in protocol upgrades, prover, and the Loopring smart wallet. Read on for more details.

As previously announced, we will be doing another incremental protocol release which will be called protocol 3.5. Protocol 3.5 will contain some small but important changes, most notably:

The most important changes have already been implemented. We are still working on some of the minor tweaks and doing all the necessary testing.

No update on the Loopring Explorer as it remains a low priority. Instead, we have updated our Dune Analytics dashboard to show some extra interesting metrics:

We are also discussing with Etherscan and other tracker sites to explore the possibility of displaying per-trade data on their websites.

Loopring Exchange has been improving the UX and UI throughout its first month of existence. Some recent updates include: support of light and dark mode; choice of US dollars or RMB for displaying asset values; the Order and the Balance pages support filtering by trading pairs and currencies respectively; the Balance page adds asset values from on zkRollup and on Ethereum; option to hide assets with zero balance; a Total column for trade values. We continue to identify and fix many issues and make various improvements across the DEX.

Light and Dark mode on https://Loopring.io

We are in the process of fully supporting the WalletConnect protocol. When this feature is available, users can log in and use the Loopring Exchange by scanning a QR code with their mobile wallet, meaning it is no longer limited to Metamask. We expect the WalletConnect support to be available in about a week.

The focus of subsequent product optimization will focus on the price and depth chart, then the overall frontend performance. Stay tuned for a much more user-friendly exchange interface.

We also launched two more trading pairs this month, including LINK/ETH and LRC/USDT. Going forward operations-wise, we will focus on orderbook depth and liquidity.

We have continuously optimized the relayer’s batch processing. At present, the percentage of larger blocks is gradually increasing, which is a direct manifestation of relayer optimization.

We also perfected the system in various aspects, such as correctness and emergency response capabilities. One of our focuses was on the improvement of daily account reconciliation capabilities. At present, reconciliation can be performed based on daily snapshots. In future, we will continue to improve this capability to further ensure our internal account system is entirely consistent with the Merkle tree.

In terms of performance, we have added support for historical databases; the asynchronous processing capacity of matching results has also increased by 30%. We have also combed Kubernetes’ scheduling capabilities and related configurations to minimize the number of evictions. We have also optimized traffic throttling by adding an IP-based quota.

An offline data processing platform based on Apache Beam is progressing smoothly, and it has been used to calculate our trade-competition winners. We plan to improve it to become a quasi-real-time data analysis system gradually.

We are also perfecting the relayer’s API documentation. We plan to release Chinese and English API technical documents in mid-April and introduce reward programs for market-making and referrals.

The major work in the wallet this month has been the joint debugging of frontend and backend interfaces, including unit testing and debugging of smart contracts. At present, the essential wallet functions, the guardian and contact functions, and the registration on Loopring Exchange have been code-complete. The deposit and withdrawal functions are still undergoing debugging. Next, we will add support for WalletConnect, notifications, the official guardian, and other features. We will also start UI work at the same time.

In a flash, Loopring Exchange has been live for a month. During this period, we received much appreciated recognition, support, and encouragement from the Ethereum Foundation, Ethereum and ZKP communities, and many other projects.

But most importantly, we have seen results and usage by traders! So far, Loopring has settled about 600,000 trades, which means ~20,000 trades per day. We believe Loopring Exchange will rank #1 in terms of trade settlements per day across the Ethereum DEX ecosystem. Loopring Exchange has also accumulated nearly 1,500 registered addresses! Further, the total value of deposited assets on Loopring Exchange has now reached 3.18 million US dollars. It seems to be an excellent start.

The Ethereum Foundation and its founder Vitalik provided some kind words about Loopring’s technological progress in a recent BLOCKTV interview, and on the ZK podcast. He notes that zkRollup and Loopring are very promising and are likely to make a significant impact on the scalability and adoption of Ethereum.

Vitalik Buterin Talks ETH 2 and the Future of Money

Vitalik also acknowledged Loopring when he enumerated some breakthroughs in the Ethereum ecosystem between 2017 and today:

In terms of events and activities, all offline activities worldwide were forced to be canceled due to the impact of the COVID-19 virus. That meant our planned appearance at Ethereum EDCON in Austria and other events were canceled. We joined some online and virtual events instead.

On March 6th, Hoss Ma, our Chief Scientist, hosted an AMA on Bihu, sharing his experience in relayer development. Hoss claimed that Loopring’s overall DEX solution makes exchanges incapable of doing evil. Loopring Exchange is safe, easy to use, and low in cost. It can and will become a better alternative to centralized exchanges for ERC20 tokens.

From February 27th to March 15th, we awarded the title of “Honor VIP” to the first 1500 registered addresses on the exchange. They will enjoy the most significant one-year fee discount (the fee discount became effective on March 16th). And if you have completed at least ten trades before March 15th, you automatically became “Lifetime Honor VIP”, enjoying the lowest trading fee tier for life.

Recently we lowered Loopring Exchange’s trading fee by 80%. Maker orders always have zero fees; for taker orders, the trading fee is between 0.06 and 0.10%, the lowest across all centralized and decentralized exchanges.

From March 16th to March 31st, to further test the usability and performance of Loopring Exchange, we held a two-week trading competition and issued high LRC rewards. As of the 28th of this month, the total number of trades has exceeded 400,000, of which the maximum number of trades in a single day reached more than 80,000, and the maximum trade amount per account per day reached 300,000 USD. You can check our Twitter where we listed the winners daily.

Between March 1st and April 30th, people can submit bug reports and improvement suggestions using the “Report a Bug” link on Loopring.io. For every selected feedback that we recognize as valid, we reward 500 LRC.

So far, we have received more than 120 issues from the community, and distributed 500 LRC rewards for 17 issues:

March was a tough month for much of the world, and the same held true for the cryptocurrency world, including Ethereum. Dramatic downturns in price led to a very congested network, and many DeFi protocols being tested to the limits. We wrote an article looking how Loopring held up during ‘Crypto Black Thursday’, and how our zkRollup DEX protocol is specifically suited for times of stress, when speed and execution guarantees in trading are paramount. Namely, when traders are paying 200 gwei to get transactions through, our industry-wide cheapest cost of settlement and instant execution can be a real life-saver.

The earliest of the LRC stakers have been able to claim their protocol fee rewards for about three weeks now, as described in this article. Recall, there is a 90-day minimum stake period. Only 2 addresses have claimed and withdrawn their stake & reward, while ~400 addresses remain staked. Indeed, for those planning on remaining staked in the near term, we encourage them to wait for the 2 million LRC deposit that the Foundation will make in early May. For details on that, please also refer to the article linked just above.

For LRC staking and claiming instructions, you can see here.

Loopring is a protocol for building high-performance, non-custodial, orderbook exchanges on Ethereum using zkRollup. You can sign up for our Monthly Update, learn more at Loopring.org, or check out a live exchange at Loopring.io.

Loopring is a blockchain research organization focusing in decentralized trading protocols. The open sourced Loopring Protocol they offer provides a fundamental building block for crypto exchanges and can be integrated into other blockchain applications t 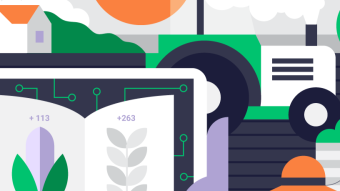