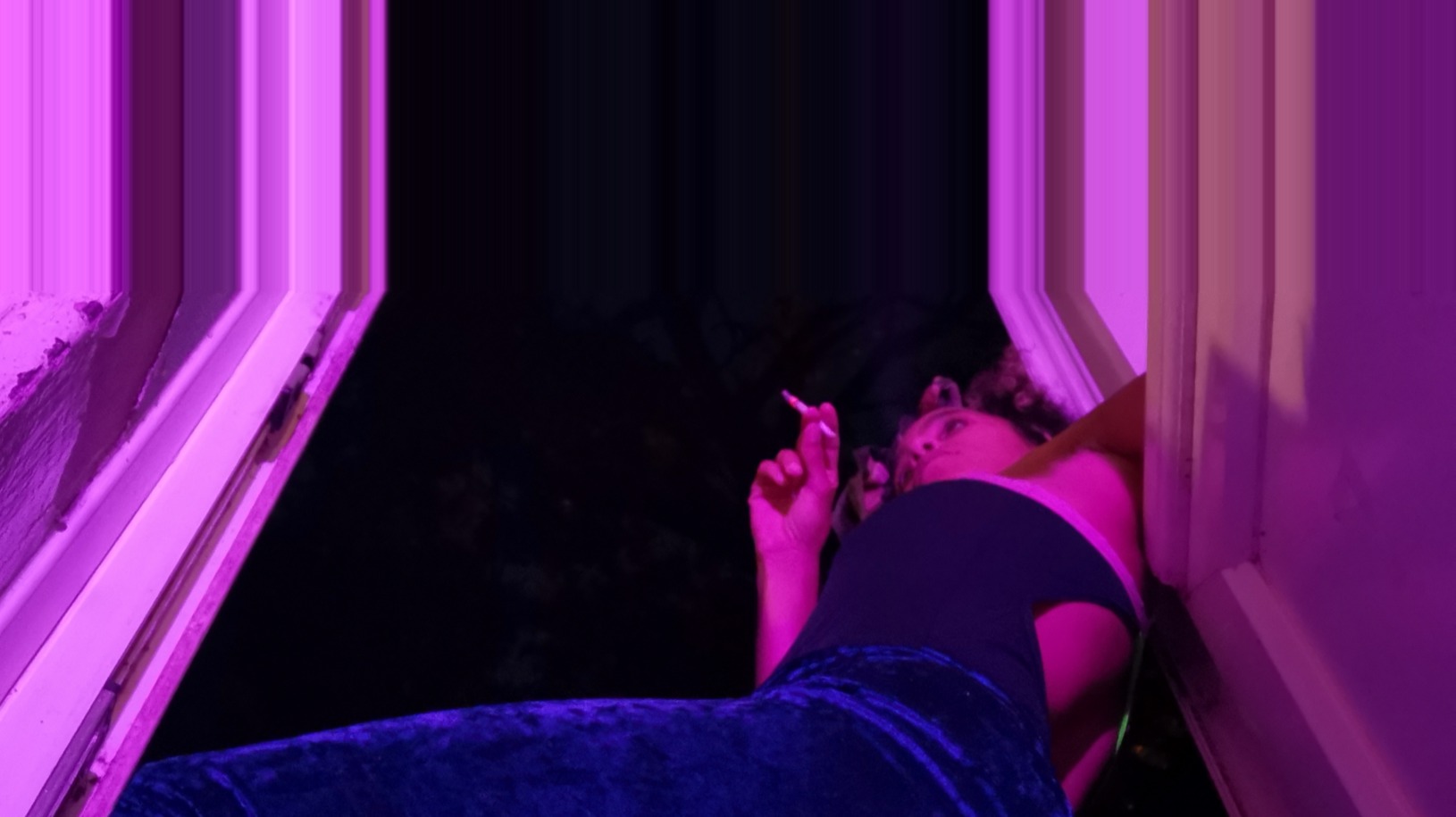 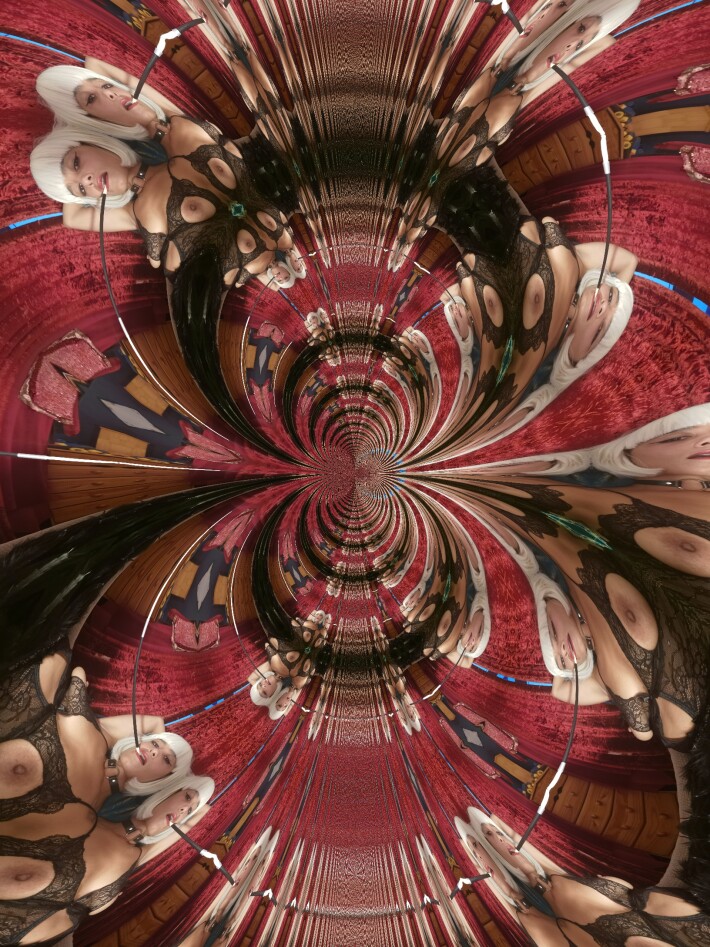 After a interesting interaction with another content provider on here i started reading up on the pineal gland (not a phrase or entity I'd heard of before) and the many wonders of its functions and capacities... I've heard the term third eye bandied around quite a bit over the years, often by the types of folk who would be last wo/man standing at site parties back in the day. That doesn't come from a judgy place but i suppose my experience of psychic/cosmic folk were always a stereotype in my delicate and unformed mind, of messed up drugged up hippies. I suppose, because of that it's not really an idea or concept that I've ever taken seriously... But one article i read spoke about how DMT is a naturally occurring substance in the pineal gland and that this is what aids it to function healthily, to do what it does best, which for those of you who don't know, is the power, almost on the level of a super power, of intuition, instinct and a deeper understanding of the world around and within us. I saw many references to 'God' in the stuff i read and was almost put off, because, i did my stint at Catholic school and getting my brain, literally washed (check out my first post) and i am a staunch non believer in there being a big fluffy geezer in the sky who created everything and to whom we should all submit if we don't want to burn in the fires of hell etc etc. But, i persevered with reading and glad i did.

DMT or N, N-dimethyltriptamine is a substance found occurring naturally in some plants that has powerful psychotropic properties. It has been used for centuries, millenia even, as a way to open the person taking it up to different levels or vibrations. Back in the day, for me, taking drugs was more about having a laff, letting go, dancing till i was broken and perhaps having crazy sex with my lover, or if i was single, someone else's 😂 not really. Point is, it wasn't the spiritual endeavour of say, Shamans, trying to invoke Mary, or even the new age hippies trying to connect with the universe. For me it was about pushing my mind to its furthest recesses and seeing how it felt to let go... Looking back, perhaps it wasn't that different really...

I was mainly into taking ecstasy or MDMA or coke... On a handful of occasions i tried LSD but i instinctively treated that with much more respect than the other drugs I'd taken.

In the early noughties, there was a period where you could buy a herb called Salvia or Salvia Divornum legally. Our local hippy retailer in Nottingham, Ice Nine, started stocking and selling both Salvia and magic mushrooms. Me and a friend bought some of the Salvia and decided to try it one night. We'd both taken lots of drugs together in the past, so felt a little nervous but confident. A bit too confident perhaps... We had heard stories about how strong it was but you never know with those sort of stories how much people are over doing the recount. But still, we took the advice on the street that only one person should do it at a time and the other one stay straight/soba to catch the one tripping if they fell or collapsed.

My mate went first. He was a beautiful man (haven't seen him in years) and we had a close connection and i probably had a mild crush on him. I was nervous for him, i remember getting a bit edgy as he was filling the bong with the Salvia thinking, what if he doesn't come back? What if it is like everyone's been saying, what if it blows his tiny but lovely little mind and i have to phone an ambulance, worse still his parents and inform them that their son is a now a jelly fish... Aghhhh!! He looked at me with his very beautiful blue eyes and said "I'll be alright, chill out" and with that, he lit the bong...drew deep on it for as long as he could and then held it in his mouth for 10 seconds, as we had been told to... I counted in my head too... I got to 9 and then it became apparent why there needed to be one person straight in the room, because he just dropped the still lit bong and as i caught it, he hit the deck. Bang! He lay there on the sofa shaking and gibbering and at points screaming. It looked utterly terrifying! But then he went calm and just stared into space... A few minutes later he was back and although he couldn't talk properly about what he'd seen or where he'd been in his mind, he said that i just had to try it...

After some deliberation, i decided i should, that I'd regret it if i didn't. It looked scary watchinghhim go through it but it was short lived and, he came back and just seemed to be in a state of pure Zen.

I remember doing the bong and passing it to Sav as i started my count to 10 and actually got to 10 but as i blew the smoke out, i turned my head towards the door of the living room... I could feel my face rippling like it was liquid and could hear Sav calling my name but it just became a distant echo... It felt like i was sucked into the door and all of a sudden i was shooting up through the sky, naked, watching the ground get smaller and smaller, until eventually i could see the earth... I was in space...there were stars all around me and it was beautiful... My body began to dissolve and as it did i realised there was a light behind me... As i turned around i saw a massive glowing prism of light, the closer i got, the more my body dissolved until i finally popped through the prism and everything went black and silent but i felt somehow like i was having the most earth shattering orgasm, ever. Except i had no body to have it with, it was a mindgasm, pure bliss...

I then heard Sav's frantic voice, trying to bring me round and it hit me that i was back but, i really didn't want to be...so i ran out into the streets, barefoot, i ran for about a mile before Sav caught me. I think i was trying to get back into the sky, or at least wanted to...i was so upset but couldn't explain why. Looking back it was the contrast, between pure, immediate, intense bliss and then really quickly and sharply, the greyness of the everyday... It was unbearable.

It took quite sometime to get over that experience and didn't take any drugs for a while. I remember i had some liquid acid about a year later and that was the last time i dabbled with hallucinogens of that ilk, because much as it was a beautiful experience & meaningful, on the banks of Loch Lomond with 2 good friends, i wanted to quit while I was ahead, i knew too many folk who had had a bad trip and were never the same again and yea, i felt a sense that each time i took hallucinogens, it indeed open something up in me.

So getting back to the pineal gland... The science behind why those drugs work the way they do. Because there is seemingly a defunct part of our brain that when fully operative, produces small amounts of dmt so taking it serves simply to reinvigorate and reawaken the tiny pea sized gland in our brain that was, once upon a time responsible for humans having extra sensory powers. Its like it literally blows a portal in your mind. And salvia, although it doesn't have dmt in it as its psychoactive component, is similar in how it affects us it would seem, so maybe has not dissimilar properties.

Sav's experience was pretty personal to him, so i won't write about that but mine, what on earth was that about? Well, it wasn't (on earth) was the point... I dissolved into nothingness... Being and Nothingness... It was literally the most beautiful feeling I'd ever felt... A mindgasm sounds cheap and trite but that is the only way to describe it. That was about 17 years ago, not done hallucinogens since the above... But i have to say, I'm kind of intrigued now... I went through quite a change in my life and outlook around that time, as many folk do anyway in their mid 20's, with or without the aid of mind altering drugs but whose to say that flutter of my pineal gland wasn't the reason and if it was, could i do with another awakening now, at this juncture in my life...? Most definitely... Although perhaps i should just stick to wine, spliff, sex and dance.. My current mind altering tools... We shall see.