Since my last article, bunch of new evidence has surfaced regarding MyX.Network and even after this video new things happened. Check out the previous release for the background info. So where to get started,there is so much shit going on...

First ill talk about the Spydrzero address here https://etherscan.io/address/0x0e7b52b895e3322ef341004dc6cb5c63e1d9b1c5 which received funds from the pre-sale of MyX Network as you can see on picture below thats our detailed breakdown. 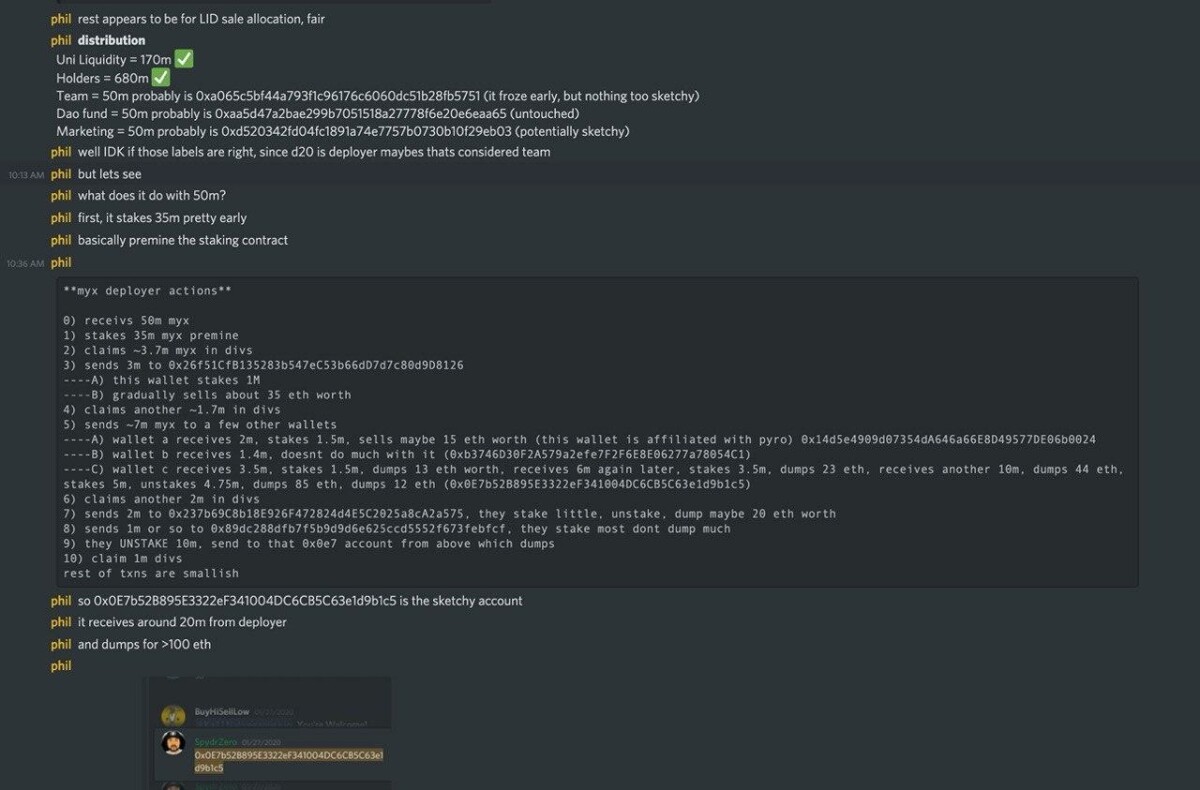 You can do your own tracking on the matter and lookup all Spydrzero discords (which btw most been deleted by now). 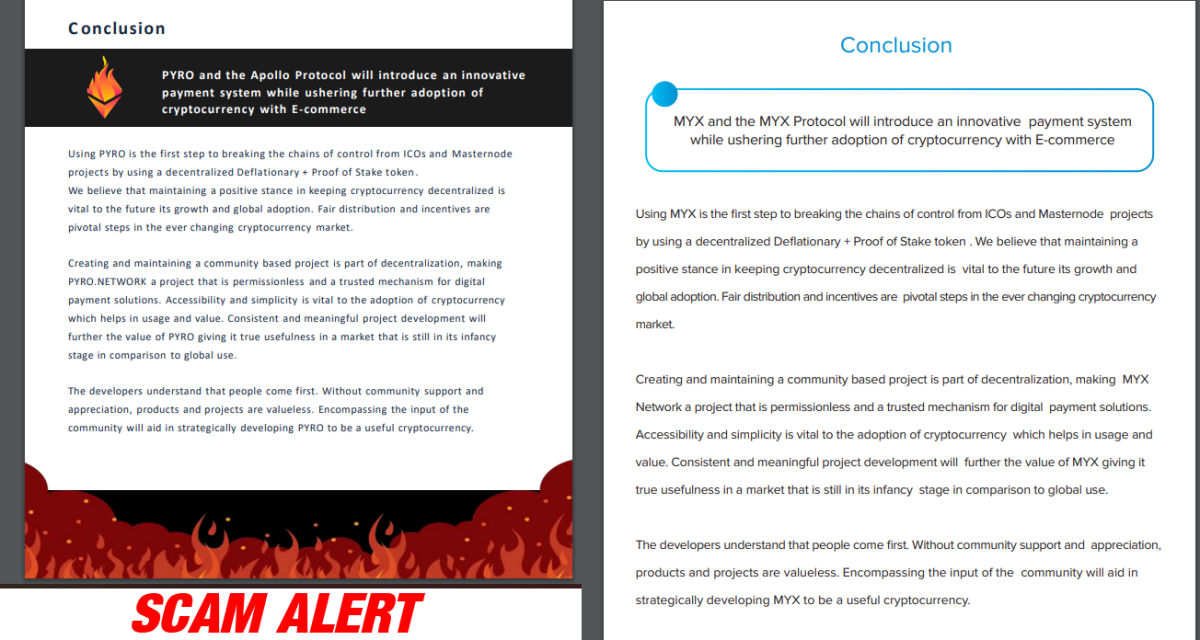 They also plagiarized Pyro Network whitepaper, which we obviously archived, read it below along side myx network whitepaper. many pages and paragraphs are exactly 1:1 copies even uses 2 very same images, very lazy cover up here.

Next up is the plagiarized logo here, which was stolen from Sustainable festival website. You can confirm all of this yourself, pretty low huh? But lets move on without our evidence. 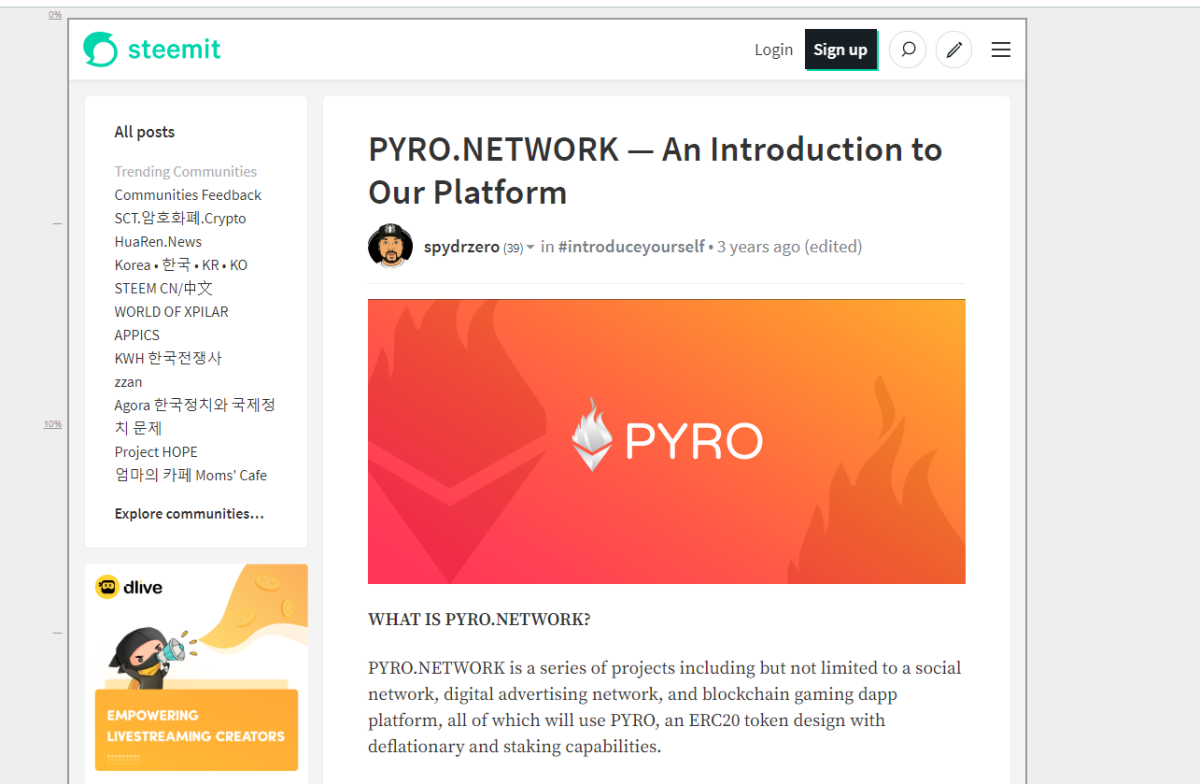 We found and archived this steemit post which has social media links below or had... but here is the archive one and as we can see from there and video displayed above, they have now deleted in terms of damage control and all steem blockchain stamps are found in this website (https://steemd.com/@spydrzero) that he went to edit couple of hours prior of my video. The Youtube channel also from timestamps had blockclout logo and also MyX/Pyro ones. 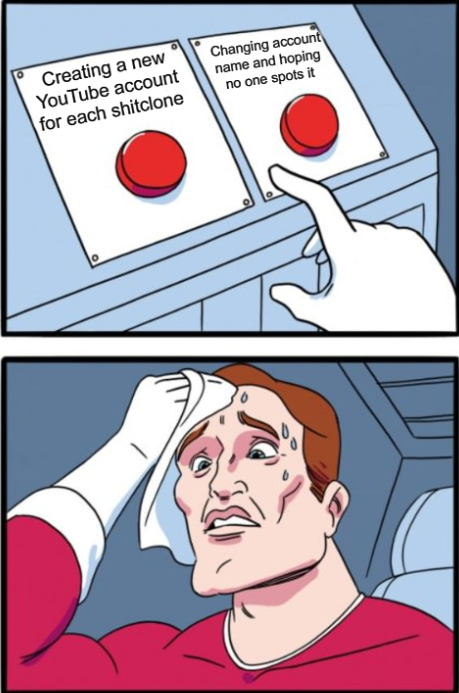 But alas if you want to find the deleted Youtube channel its here https://www.youtube.com/channel/UCKaZRab500ac2PoGdtjWlSg and there is also his own personal youtube channel that has been now deleted, we gotta archive on that and you can see it obviously in the video above (towards the end) https://webcache.googleusercontent.com/search?q=cache:ANrCg1pWFzMJ:https://www.youtube.com/c/SpydrZero/videos+&cd=3&hl=en&ct=clnk&gl=us 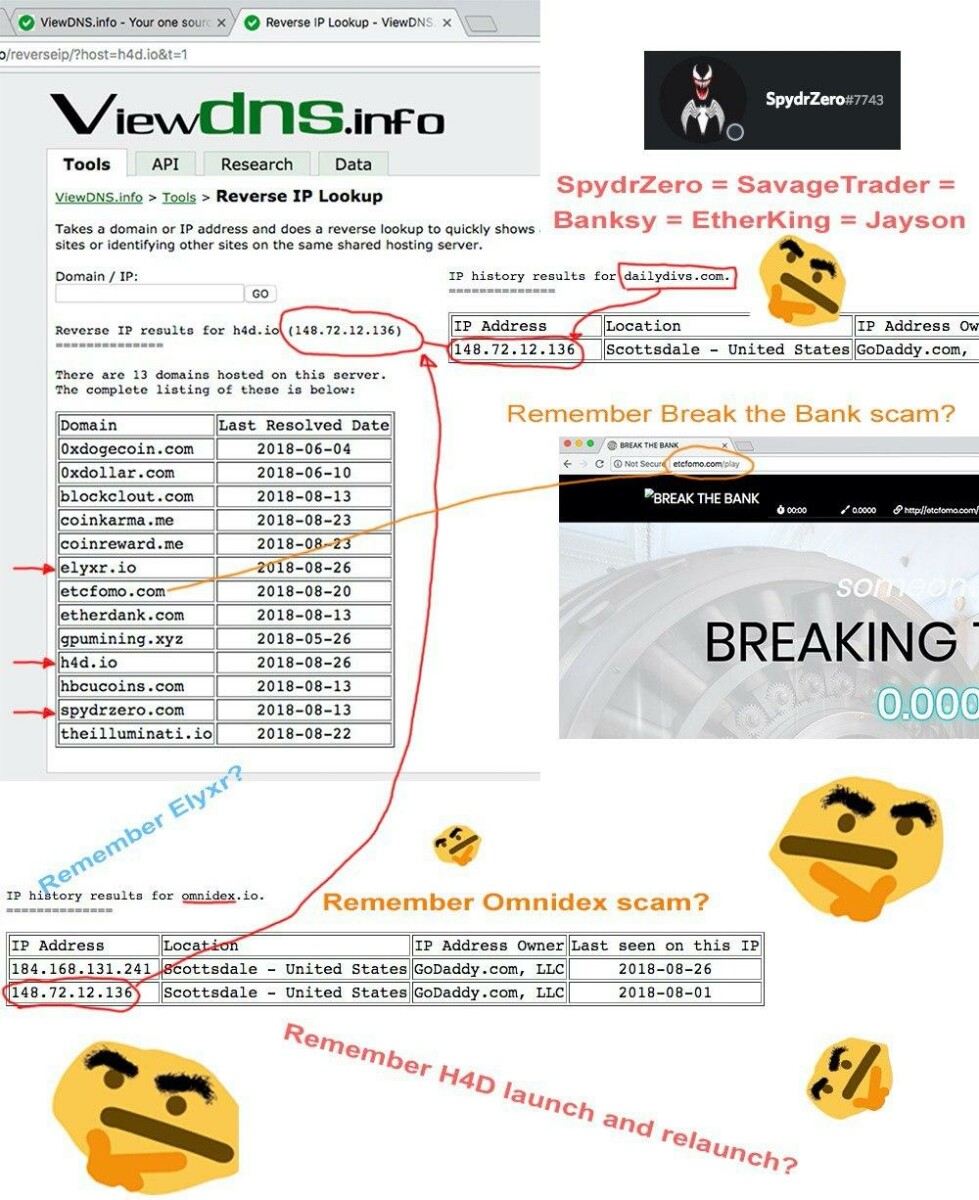 We also did multiple IP address lookups and hes connected into multiple websites in the past from 2018 which were shilled shitcoins on biz pretty much.

Now Lets talk about Lid Protocol and what they have to say as of right now of this mess. First of all they pulled out from Dexarb? Why? well lets look some of the screenshots regarding this 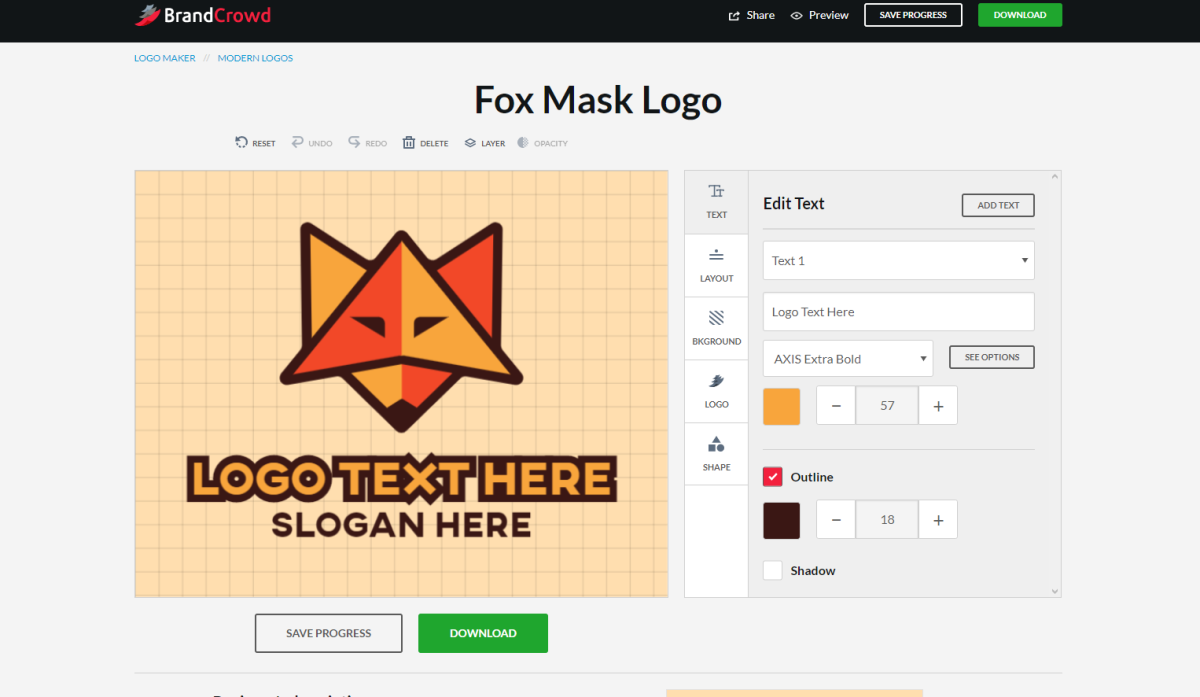 Well first of all as you can see the logo was fucking taken from a simple logo creator website, zero alterations here btw, not even trying to tweak colors or anything. You can see it yourself from this actual link https://www.brandcrowd.com/maker/logo/03b42fdb-96a9-44b3-8245-51c8996318ff

So lets look at the code comparison between Dexarb and MyX Network contracts, as you can see multiple similarities between the codes and they changed staked = frozen in couple of lines. Obviously needs to be said dexarb is more advanced version, but in theory its very same contract and concept... 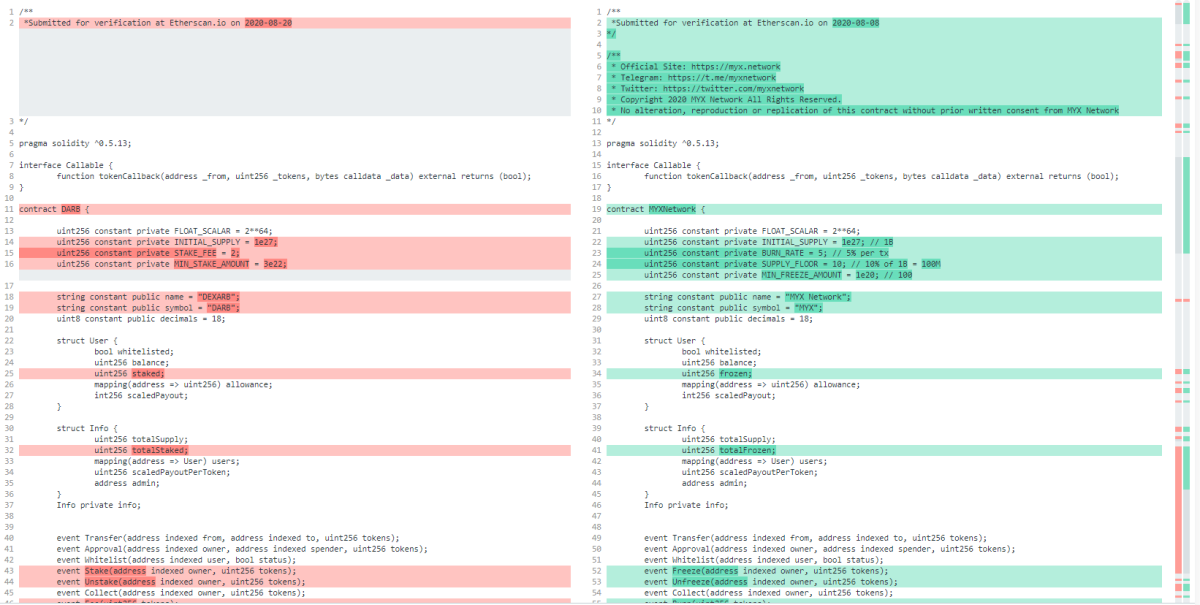 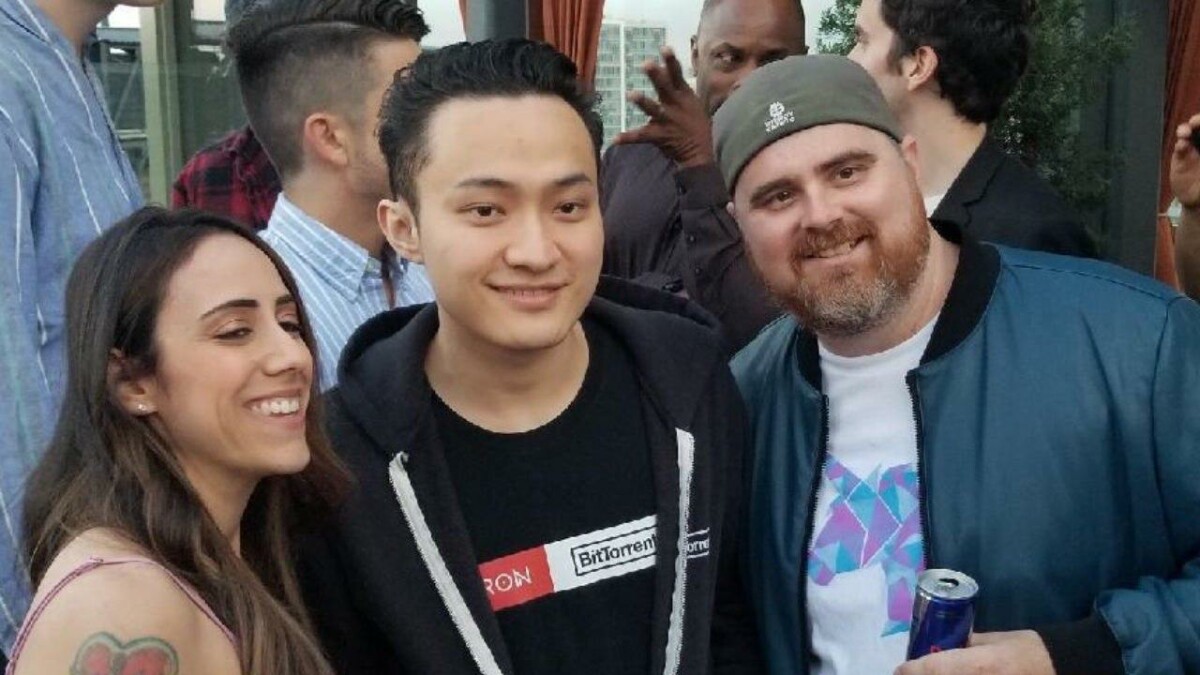 So obviously i had to reach out bunch of content creators regarding their videos on MYX, some of them liked my article and video, but didn't actually inform their audience that there is massive red signal here... I find that extremely irresponsible. I've done here public apologies for instance when i had video on claymore when they pulled a rug. It's responsibility of the content creator to disclose fuck ups and possibly save people's money before its too late. 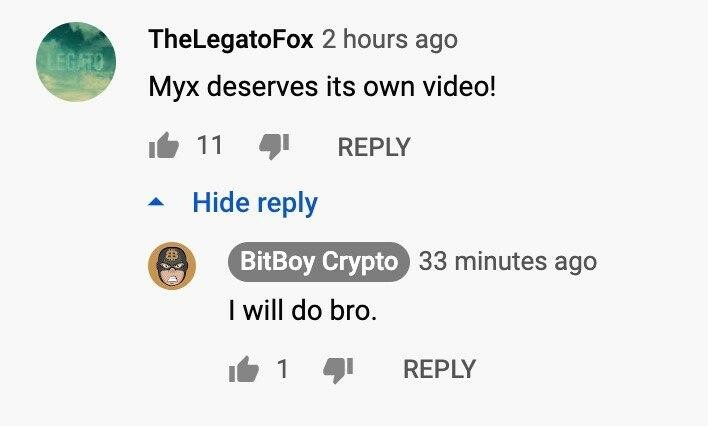 Well let's see if bitboy will still follow up on this matter. After this, for full disclosure - i think bitboy is deceived by his research team on the matter, but then again other people came forward that he knows Lynx who we talked about earlier for having connection to blockclout and other projects where Spydrzero was involved in. 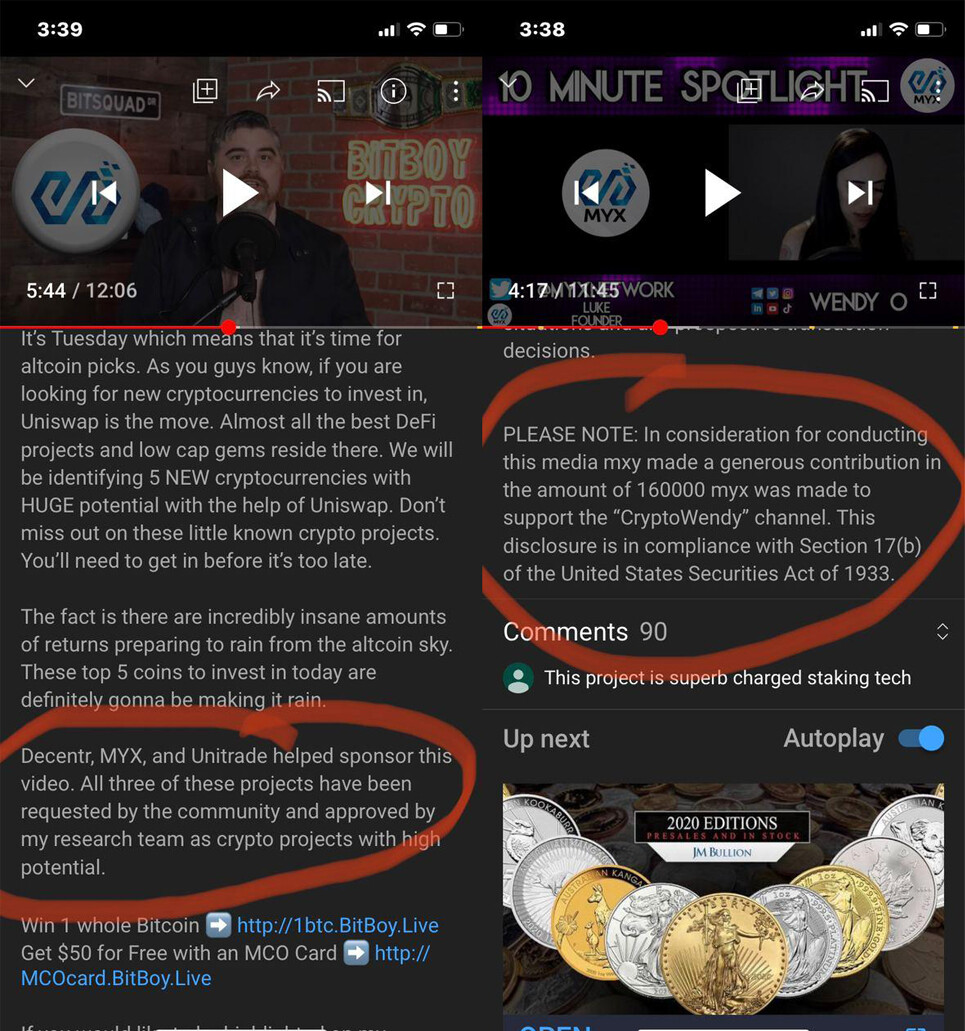 I went to ask wendy for help and asked her to provide from which Ethereum address she received the payment from, she replied this.... 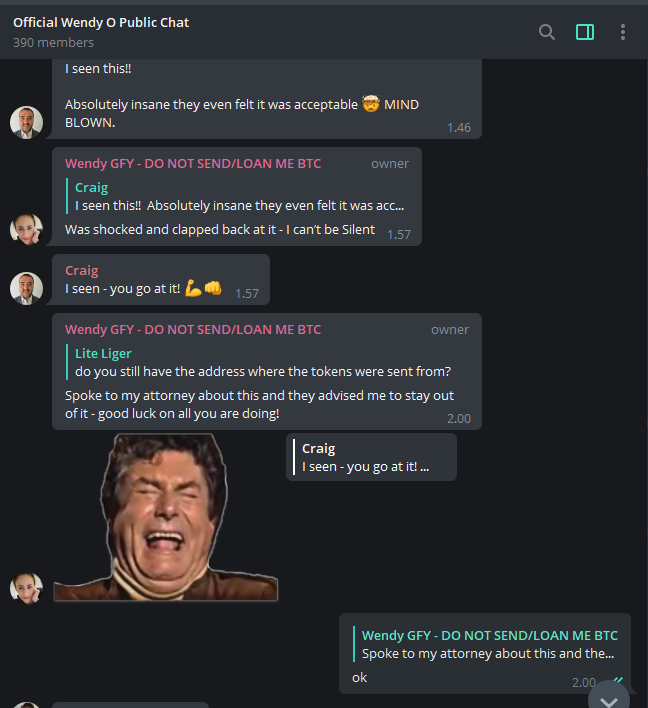 She didn't seem fit to mention that she was doing another video about MyX on Bitboys channel, where she did TA analysis (Where she predicted 150% rise from current point if i remember right). Obviously in that video bitboy double's down and claims when my crew entered their telegram to expose MyX with first initial evidence that we were just fudders.

(Please do not harass people regarding this matter however, WendyO has received rape and death threats and that is not fine...)

So between the time of creating this video and this article, lot of damage control obviously happened.

Timeline between first and 2nd video 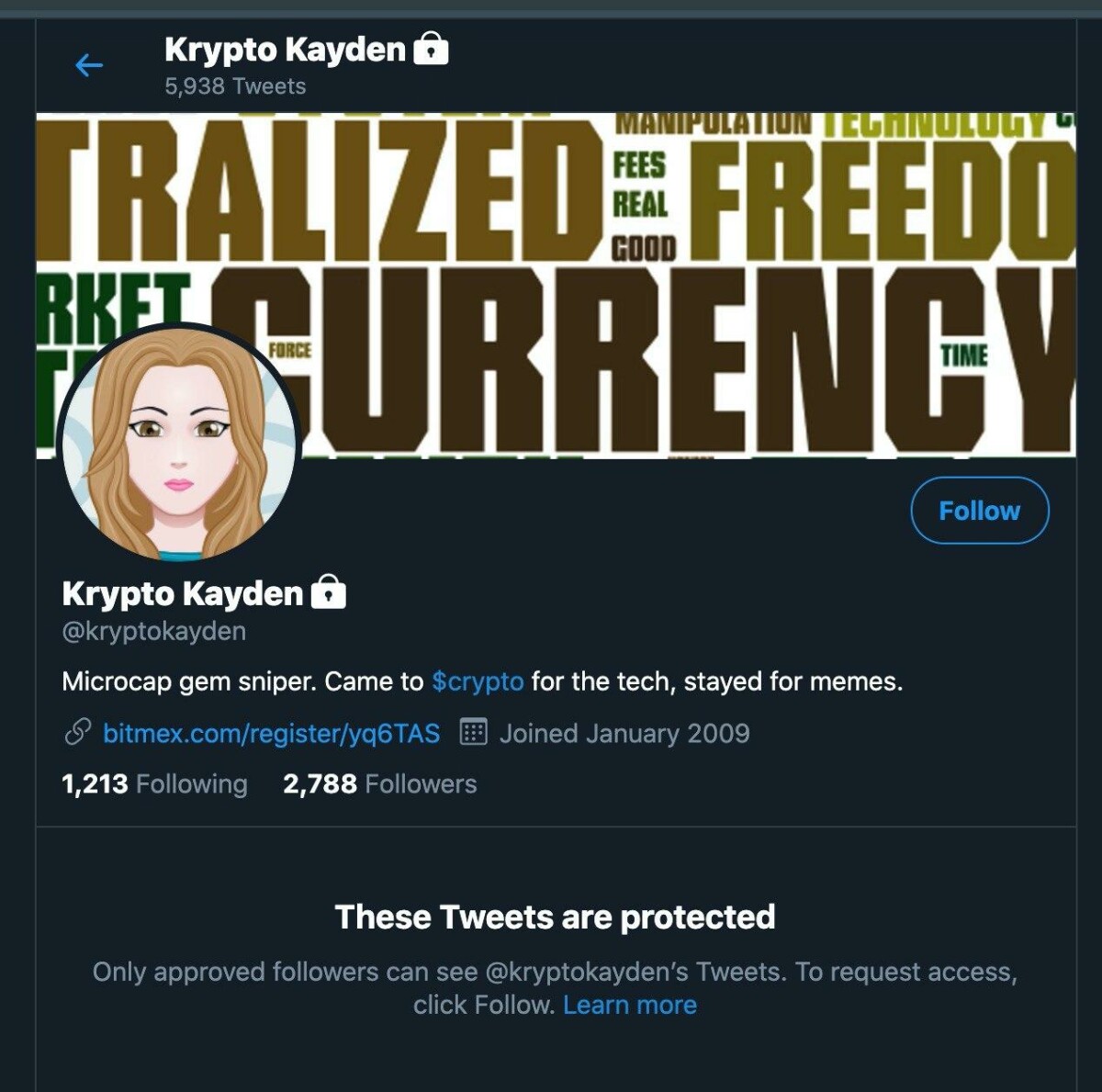 Also another website which i did a video year ago, semi-expose of sorts seems to be involved with also listing both pyro projects, Blockclout and myx network? Interesting connection there. There is also IGN and BURN, not sure are they run by Spydrzero but that remains to be seen pretty much at this point.

Heres the thing, we got lot more of screenshots, testimonials and other links regarding the matter, i just selected the best stuff here to support the connection circle. You can join my telegram and discord to ask more info and images... YOU HAVE BEEN WARNED