Not too long ago i started exploring the world of Crypto Gambling during this time i found lot of interesting Dividend models and ways to make extra income with referral programs, i reviewed things like BetDice and Trondice on the website already, but during the last week ive been trying out 888Tron.

My experience has been rather good so far, however the lack of information on the website bugged me and i proceeded to go to Telegram channel and ask for information regarding things. Few minutes later i was accused of FUD and other bad straw-man arguments which eventually led me to be banned from telegram channel for exposing some issues with the website. Majority of the telegram members were claiming the project being decentralized but everything on the whitepaper suggests otherwise

After this i started dig into more into their Whitepaper and investigate more on the issues on the website. Following things were disturbing about the whitepaper overall 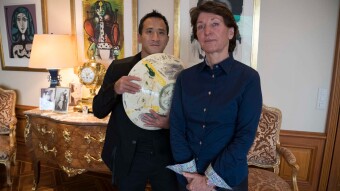