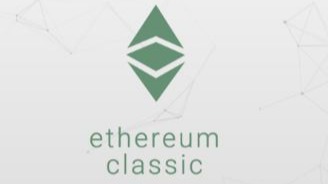 Ethereum Classic (ETC) Suffers Yet Another 51% Attack, The Third This Month Of August.

Hello, Good day friends. Today I'll discuss about the latest Ethereum Classic (ETC) 51% attack, the third such attack this month which happened yesterday evening and this was after a week ETC Labs, a leading organization behind Ethereum Classic network announced to take measures to protect the network from further such attacks.

This 51% attack was noticed by the mining company Bitfly as also of the first attack on 01st August. This attack caused the reorganization of 7000 blocks which equals to approx two days of mining. 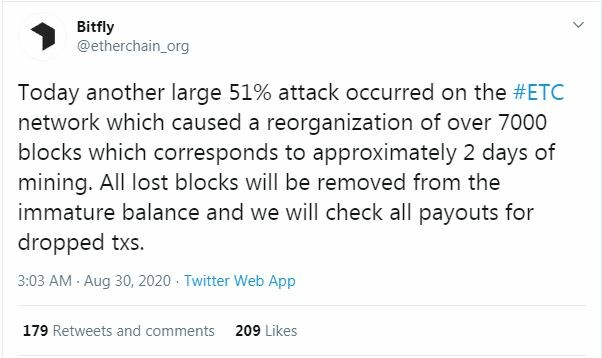 The previous two attacks had reorganized 3693 and 4000 blocks respectively. 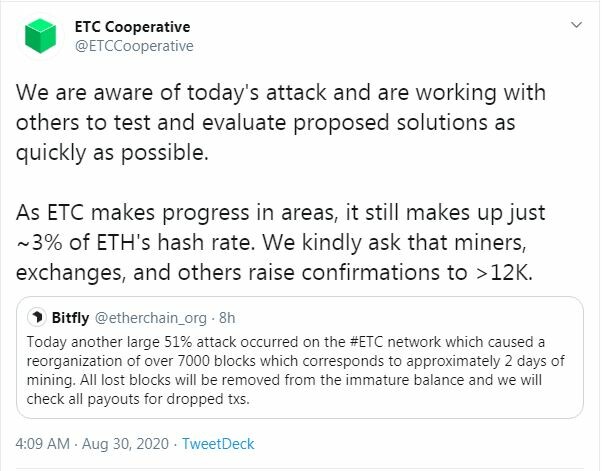 It seems that the lack of security has made the network susceptible to 51% attacks among other factors and cryptocurrency exchanges like OKEx were considering to de-list the coin after the first two attacks.

While the attack did not seem to affect Ethereum Classic (ETC) as it was trading at $6.48 USD at the time of writing.