Is Tron (TRX) a Shitcoin? 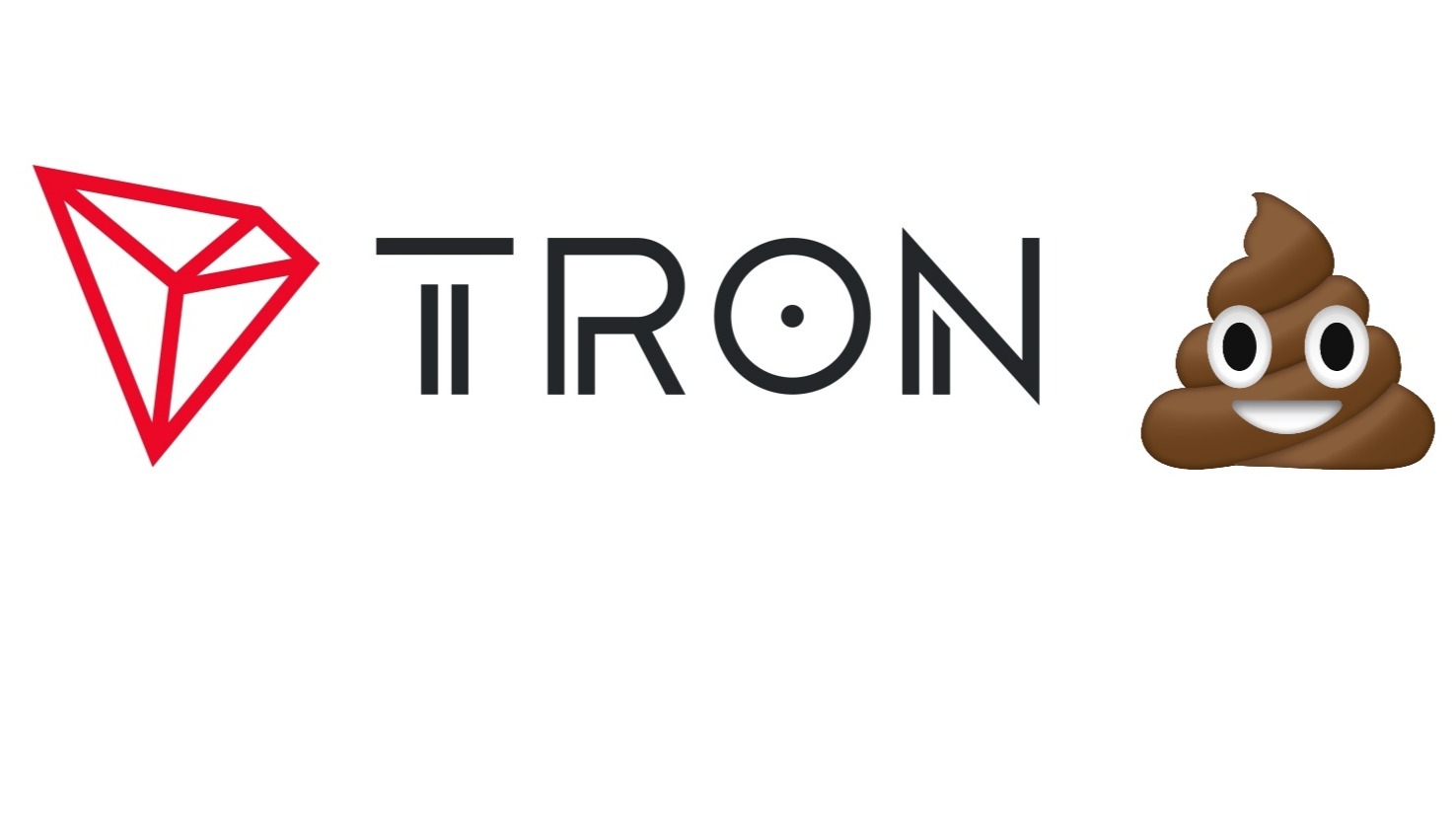 Is Tron (TRX) a Shitcoin?

Justin Sun and his coins are a controversial topic. Many People call Tron a Shitcoin, some even wrote that they don't want Tron to be Integrated on Publish and that they don´t want to get rewards in TRX on Publish and Please not TRON in the ETH Gas Fee Publish0x discussion . I think those People are probably STEEM/Hive enthusiasts (Why else would someone complain about Free Token Rewards?) but i cant tell for sure whatever reason they have, to me those Rewards are a Gift and I'm Thankful for getting Free Crypto (No Matter which one) "just" for reading and writing posts.

I decided to write this Article because I was curious about the Reason Why People are calling Tron A Shitcoin. So i did a Google (Re)Search and wrote Together the complaints that i found from People that were calling Tron a Shitcoin, I also took a closer look at what they wrote and did a little personal Analysis on their statements.

I Hope this works out with the Publish user rules for Authors, but I think it will be fine the way I wrote it, also i have to say I'm not a professional Trader, so don't take this Article as an advise for Investments-The Only Purpose of this Article is to point out the reason for People to call Trx a Shitcoin

This are the Statements I could find.

I Have To Admit its the Truth that Justin Sun has made Announcements of Announcements, and he also is Over-hyping small Announcements - but Justin Sun is not the Tron coin, he just represents it, also its totally Understandable that he's trying to raise his products Value, to me its a Indication that he takes this whole thing Seriously, he's Just promoting it Wrong and of course he made some Mistakes(that´s undeniable). If People dislike somebody and his Tweets with such a Passion, than its hard to find arguments against their hate - they are Annoyed by his Overhyping and partially dubious Tweets and they dislike Justin for it, and by doing so they also dislike his crypto coins.

Tron has already delivered some of its Promised plans from the white-paper, and there are many cryptos around that delivered nothing since they were created. Even if there were copied parts from other Crypto Projects in the White Paper, Tron still has its own use cases and Projects going on. And comparing the White Paper of similar Projects is like comparing Coca Cola to Pepsi-does it really Matter who came first? Of Course they share some Ingredients.  Some will prefer Pepsi and others Coca Cola but Both are working well and do what they were created to do. Also its Important to ask:"Was it Illegal to use Stuff from other Projects without mentioning it ?"and "aren't there a lot of Projects out there that are using some code from others?". Of course its not right to use the Work of others without showing them the respect that they deserve but using parts from them is not illegal as long as the source is Mentioned. They changed the White-paper over Time and I think its legit now.

Here's a Link to an Article about the Whitepaper plagiarism if you're Interested: https://coincentral.com/community-accuses-tron-plagiarizing-whitepaper/#:~:text=Tron's%20whitepaper%20was%20accused%20of,whitepaper%20of%20Filecoin%20and%20IPFS.&text=TRON%20saw%20explosive%20growth%20in,plagiarism%20and%20depreciate%20in%20price.

Some Out Takes from trons white-paper: 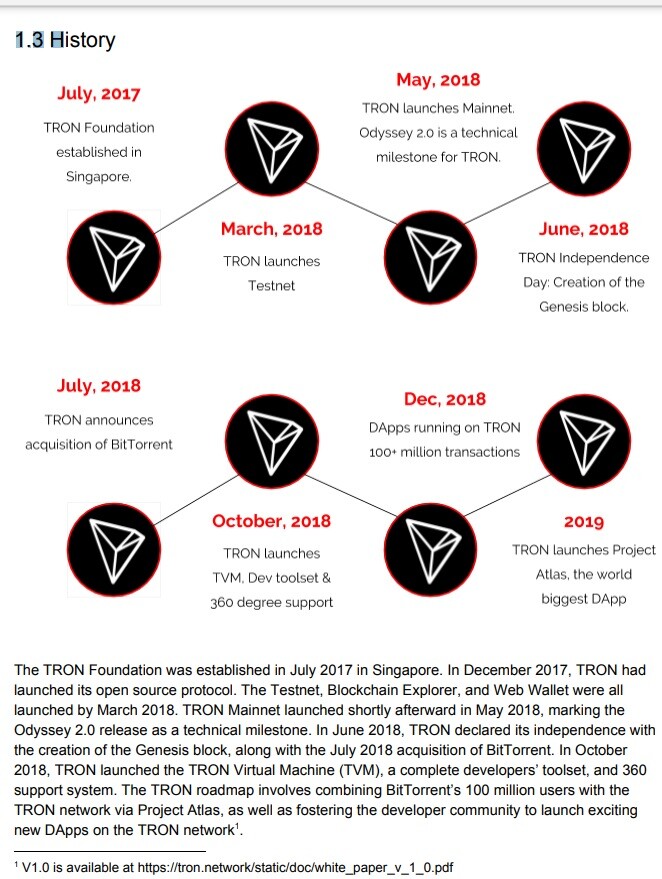 TRON blockchain storage chooses to use LevelDB, which is developed by Google and proven
successful with many companies and projects. It has high performance and supports arbitrary byte
arrays as both keys and values, singular get, put and delete, batched put and delete, bi-directional
iterators, and simple compression using the very fast Snappy algorithm.

TRON is a scalable blockchain solution that has employed innovative methods for tackling
challenges faced by legacy blockchain networks. Having reached over 2M transactions per day,
with over 700K TRX accounts, and surpassing 2000 TPS, TRON has enabled the community in
creating a decentralized and democratized network.

Here's a Link to the current White-Paper: white-paper v2.0 so that u can decide for yourself if u think its Bullshit

Lets have a look at Justin Sun first,

he is Investing a lot In Publicity, He payed $4.5M for a Dinner with Warren Buffett to boost crypto Adoption, he bought Steemit for Millions of dollars, he bought bittorrent and owns other Stuff like Peiwo -The Man behind it don't looks like a Scammer even if he did some dubious things hes still doing a lot to Promote and to Improve, I would Call him a Business Man not a Scammer but that's just my personal Opinion, now lets have a look on the Coin.

People are staking, there is a active Eco System, Dapp and Trading activity and now Defi - Don't looks like Scam to me, by doing a search for "is Tron a Scam?" i got the same results and Statements as for "Is Tron a Shitcoin?" But as I already stated above - There already is a                          functioning ECO system and hopefully some real life usage if they integrate more of the things that Justin Sun owns to Tron

Tron has Migrated from ERC20 to its own Mainnet, its True that there are many People which used Tron as pump and dump coin but the same goes for almost every other crypto Token as well, and as we can see right now once more-Everything Rises and falls with Bitcoin which is also misused as a Pump and Dump coin by some Whales and Day traders.

DApps and Defi are Present and ther's a Working Testnet but the CEO is still hyping and overannouncing. There is more Progress on the Tron Network than on most other Crypto Projects so at least People are Working on it and it feels like there are not as much announcements recently as there were in the past so maybe Justin has learned a little from his Mistakes.

Its Purpose is to be used on the Tron Blockchain & Smart Contracts for cost efficient usage without fees, so at least it does something.

I don´t know Justin Sun personally, so I cant answer this for Sure, but i have a Picture of Justin Sun in my Mind so I can write about him the way I think he is. Everyone is weird in his own way. Right? I think Justin trys to make himself a Name, he's trying to accomplish something. He probably wants to be respected and admired like the likes of Warren Buffett. He's a "Doer", a Man with a Plan and If someone trys to threaten that Plan than Justin is willing to do whats necessary to get his will done (like it was with Steem). I think People Misunderstand him and his Goals and he on the other hand has a Wrong Picture about Ordinary People, about what they think, want and what they stand for. He was on Forbes 30 under 30 Asia List- he's still young and he is wealthy.

Tron started out as ERC 20 Coin -and of course they used some code from others. Lol, plagiarism in Cryptospace is no rarity ,here's a Article about it :) cryptocurrencys-plagiarism-problem As an example John McAfees Ghost Coin has been accused of it too.

The Plan to decentralize the Internet sounds Impossible to me, not because I think it would be Impossible in a Technical way but because of the Authorities, The People who are In Control want to keep it that Way. This goes for most Cryptos, why would they allow something like it. I think the Answer is because they can and will Monitor it, they will censor it and they will come up with new Laws for their own Benefits. But for now, thers still Room for Improvement, there are still undiscovered use cases for the Blockchain and the coin and maybe (hopefully)some Killer Apps that will change a thing or two.

Thers not so much content in TronTVs current form and where the Hell is the search bar? but at least there are no annoying Ads in the Videos like on Youtube - The Site has some potential but they need to Improve it. Have patience its still young.

Its Integrated to Bittorrent!, who would Ask such a pointless Question, of course there is Illegal content and People are uploading Illegal Stuff

Only Time will Tell, to be honest i know nothing bout dtube

The Name Tron is really suitable for a crypto coin, whats Wrong about using this Name ?

I guess for that Reason they use Stablecoins like JUST

- Justin Sun is over-hyping his announcements

+but its good to know about Updates and News. A Style change into less hype and No more announcing Announcements would be Positive for Justin and Tron, maybe he just needs to grow up a bit

+Tron has its own Mainnet

-Disney stopped Tron from acquiring trademarks regarding the Brand name TRON-Even you Mickey :(

Most of the Things I wrote were my personal Opinion so this is not a Journalistic accurate Article but its clear to say that People hate the CEO more then they dislike TRX. There has been a lot of FUD on Justin Sun and Tron, but also a lot of Improvements on the Blockchain and more and more ways to use TRX.

Only Time will Tell if Tron will succeed, Haters gonna Hate and

Every coin is a shitcoin until it proves us otherwise

Thanks for reading, I will probably get a lot of Down-votes for this post but that's OK.Come at me Bro/Sis! 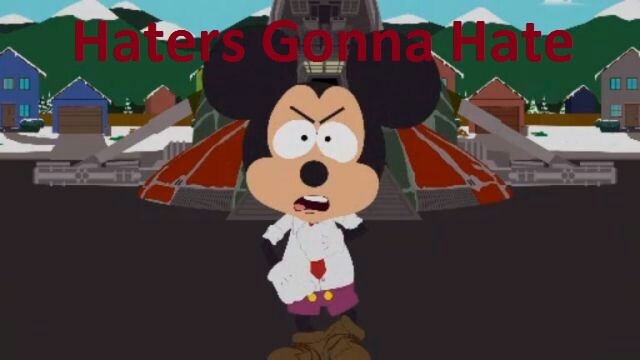 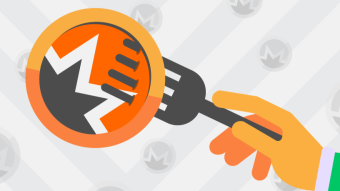