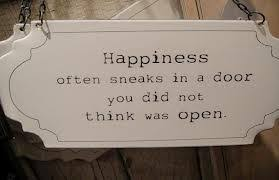 My usual daily routine starts at 10:00 pm in the evening. I prepare myself to be at working exactly an hour which is at 11:00 pm. Working graveyard has been my life for years. Not really what I have always wanted but I have learned to adjust and love it.The travel time is usually an hour with local transportation, unless you ride a motorcycle which would cut the travel time to twice or thrice as much. This depends on the driver's ability to steer through the traffic.I honestly don't have my own motorcycle as I prefer to just simply ride on common community transportation.Most of the time, I pay for motorcycle service, the cost is around $2 from home to the office. With local transportation this would only cost around 50 cents.

However this story is not about me but rather the story of one of the motorcycle driver that I frequently hire to commute.During one the nights he drove me to the office. He share his life story. And I thought the story is well worth the time writing.It's something to do with a miracle that had happened to him. He started sharing the story by telling me how he would frequently get himself hired by gay and homosexuals for sexual service in return of ample amount of money. People call him, Dong. Dong had been a motorcycle driver since he opted out from school. He was from the upper mountainside of the village and had a farmer's gene. Though he wanted to work in the city. In the end he managed to become a lot more comfortably driving motorcycles for rent. Dong was a muscular man, no wonder why a lot of gays might have wanted to engaged with him in carnal satisfaction. He told me ventures of how he had a frequent passenger who would pay him to just ride around the city.They would then eat at restaurants and then came the service along with the full amount of payment. He told me, he never had luck with happen and the every now and then his girlfriends would break up with him.

He then continued to share his life, that he had been electrocuted thrice in his younger years. One instance was when he was walking along a flooded highway when there happen to be a live wire nearby. He was rushed to the hospital for 3rd degree burn. It took him a month to speak again. Although he can still hear the doctors and his relatives talking in the background. He heard how the doctor predicted that there was no chance for him to speak again with the amount of damage he had taken. He was not able to eat, his body only relies on dextrose and milk that sometimes touches his lips. His mother had been very very patient. They were on government mercy for the medical attention and the facility.One day he mumbled words and that when started to slowly learn to talk again. Another doctor had told me he would never be able to have children. As against the damage had affected his reproductive ability base on the test results. For Dong, it didn't matter as long as he is alive and well again. In Dong's mind, the amount of damage plus the thing she did with the homosexuals he had engaged with is enough for him to believe he would be sterile forever. Then came the day, he met her wife. And in a very fortunate event, she bore him a child. And then came the second one.

In Dong's case even with the Doctor's prediction he was still able to achieve something nobody believe he would even himself. Our lives are ever changing. Patterns can be predictable but it's not for sure. Life is an ever changing journey.And in this journey miracles happen.