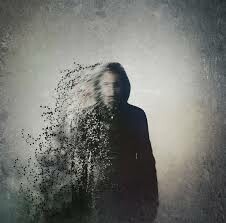 I was in fourth year high school when this story happened.

In my time the Philippines haven't adapted yet the Kto12 educational system. Elementary had 6 years/grades and high-school had 4 years. Then you graduate high school and go to college. There were no junior high or senior high. The education system just recently changed to Kto12 due to the higher education amendment adapting the international education standards, adding two more years in high school. It's very very tedious, physically and financially. I am really against it. However there's nothing we could possibly do the previous administration prior President Duterte already revised the law in favor for Kto12.

My 4th year in high school was very memorable. Achievements unlocked and so as tragedies happened. There blew a scandal about high school girls who had been into prostitution. Boys who were caught smoking pot nearby got high and ran naked in the oval. Teacher jailed and accused for raping his student. Gang war between each year level and even different class sections. Spiritual possessions and exorcisms. Man, my fourth year in high school was really dramatic.

But what I want to talk to you about is the tragic incident that happened in a supposed to be joyful intramural event. I don't remember his name anymore. We were not close plus this guy was in the lower class section. There were seven class section for the fourth year class, each with 50 or more students enrolled. The first and second class are considered the FL sections (Fast Learner).

Let's call him Lance. An athlete, a dancer and model student. The intramural even will usually last for a week due to various activities and sports festivities. Everything went normal, students who were contestants of their own sports were very busy as well as those watchers and facilitators. I was busy myself tending to my own game (Chess) tournament.

Lance performed along with his friends with the hip hop dance competition. And the next day Lance was scheduled for the boxing championship. He fought against a fierce fighter from the annex school. The fight was close but in the end Lance won the championship bout. After the fight Lance went to the nearby grandstand and took a quick nap. This was repeatedly the same story told by other students, that Lance did went to rest and took a nap after the fight. A friend of Lance said that the Lance complained of a sudden sever headache later in that late afternoon. The next day Lance was brought to the hospital for internal hemorrhage.

The whole school was concern. Everyone gathered and uttered their prayer for healing. Few days had gone and unfortunately for Lance it was the end of his journey. It literally ended his life. And will forever change the lives of all people close to him and the people who love him.