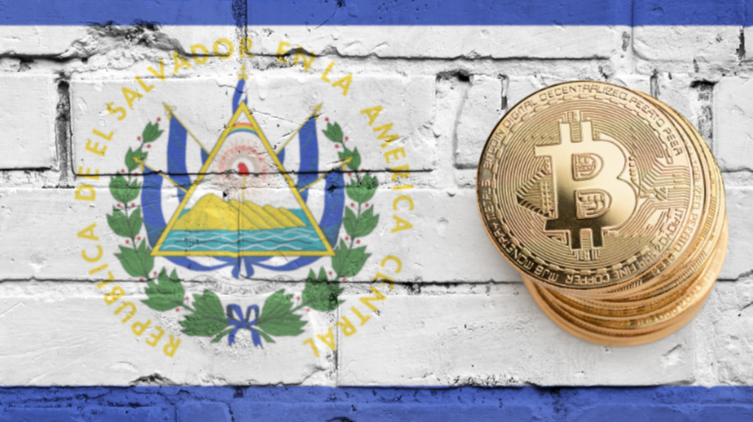 Why Did El Salvador Adopt Bitcoin As Legal Tender? 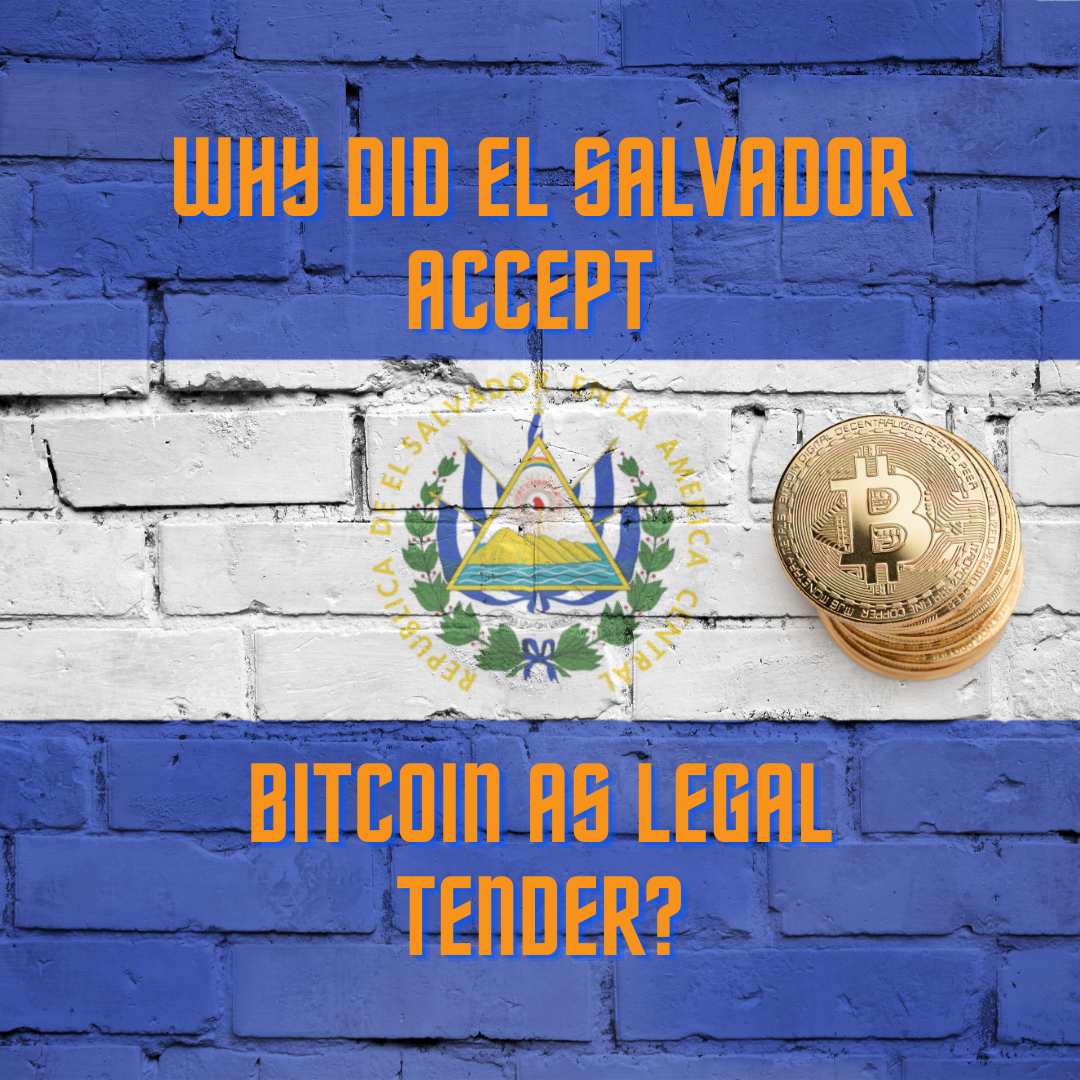 I mean no disrespect to our sweet Salvadorans but our human minds are prone to remembering big countries thanks to the preference of global media companies while putting out news.

Talking of big countries, El Salvador has recently made a big bang in this world full of big names like the US, UK, Russia and China.

But, what did El Salvador do to make such an impact?

It became the first country to adopt Bitcoin as legal tender!

After 13 years of its existence, Bitcoin has finally received national acceptance.

On September 8, 2021, El Salvador became the first country in the world to adopt Bitcoin as national currency.

This event has been tagged as the biggest Bitcoin event in the entire history of crypto with a sold-out crowd of 12,000 attendees and thousands more.

The event was star-packed with the likes of Jack Dorsey, Michael Saylor, Winklevoss twins, Tony Hawk and Floyd Mayweather.

To read more about the Bitcoin conference, you can read my article here. 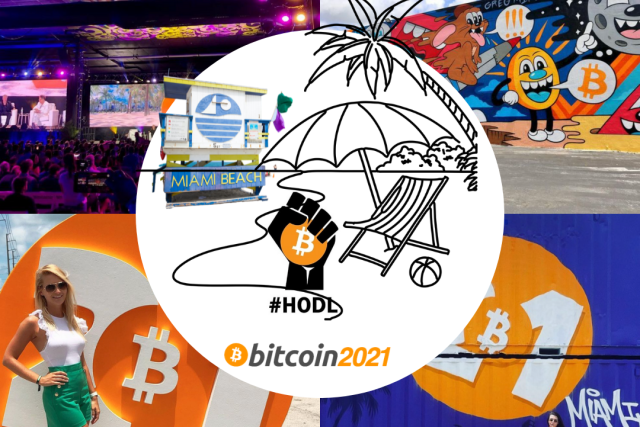 Francis X. Suarez, the mayor of Miami, kick-started the event with a powerful line:

“This is not a moment. This is a movement”

And, yes he was true.

In the same event, Jack Mallers, CEO of Strike, announced that his company is working with
El Salvador to implement a big plan.

For those of you who don’t know, Strike is an application that allows bitcoin and lightning payments to offer instant and free payments globally.

Then came El Salvador’s President Nayib Bukele’s video where he broke the news- ‘El Salvador will be submitting a bill to make Bitcoin legal tender!’

This news caught people in a frenzy. All of a sudden, everyone was talking about it. BBC, CNN and Bloomberg were headlining it.

And on June 9, 2021, El Salvador made history when the Bitcoin law was approved by a majority in the Salvadoran Congress with 62/84 votes.

The date for El Salvador citizens to start using Bitcoin as national currency was set- September 11, 2021.

El Salvador is the smallest and most densely populated among the seven Central American countries.

It ranked 77/133 in the World Economic Forum’s Global Competitiveness Report, and ranked 124th out of 189 countries in the Human Development Index.

Many of El Salvador’s current economic problems are the direct consequence of its 12 year long civil war that lasted from 1979 to 1992.

During that time, Ronald Regan, then President of the U.S, heavily supported El Salvador with military and economic aid amounting to $4 billion.

Nine years after the war ended, El Salvador gave up control of its monetary policy. It abandoned the fixed exchange rate and adopted U.S dollar as legal tender in a bid to stabilize the currency and help drive interest rates down.

A major chunk of remittance came from all the Salvadorans who fled to the USA for a better life during the civil war.

In 2020, remittance from more than a million Salvadorans working in the United States amounted to $5.9 billion in 2020. This represented 24 percent of El Salvador’s GDP.

Till date, remittance from Salvadorans in the U.S has significantly contributed to El Salvador’s economy.

However, the popularist President of El Salvador, had more ambitious plans in mind. He decided to adopt Bitcoin as legal tender.

Why did El Salvador adopt Bitcoin as legal tender

On June 10, just one day after the parliament passed the Bitcoin law, Nayib Bukele instructed  LaGeo, a state-owned geothermal electric company, to plan to use geothermal energy from the nation’s volcanoes for bitcoin mining. 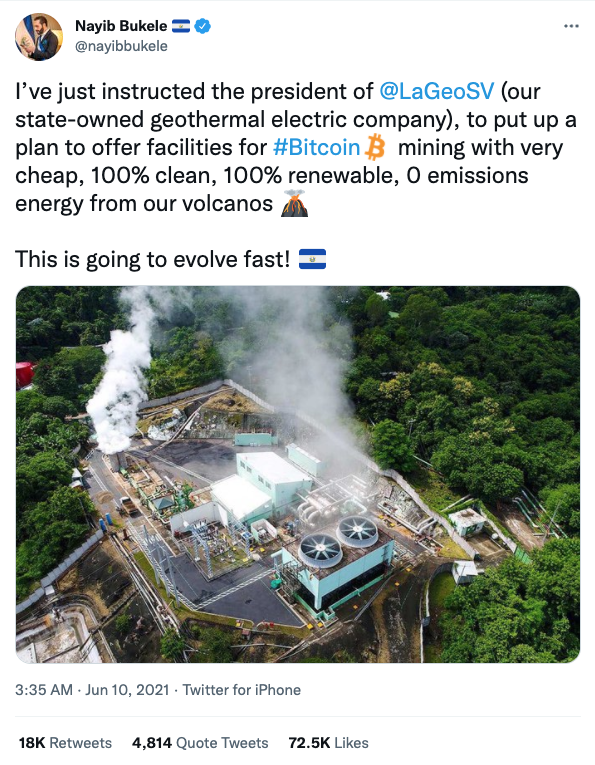 In a couple of hours, Bukele shared a video taken from a drone on Twitter tweeting that engineers had already dug a new wall that would become the centre of the new bitcoin mining hub.

For those of you who don’t know, El Salvador is home to 23 active volcanoes and is popularly known as the ‘Land of Volcanoes.’

Prior to 2001, El Salvador’s official currency was ‘Salvadoran Colon.’ However, after it gave up control of its monetary policy, El Salvador adopted the U.S. dollar as its domestic currency.

What we need to understand is that El Salvador is still an independent sovereign country that is not subject to the U.S. law and the U.S. government has no jurisdiction there. So, El Salvador can’t print money, and it doesn’t benefit from the Federal Reserve’s money creation.

Thus, El Salvador must either borrow or earn dollars it needs.

El Salvador can earn dollars either by exporting more than it imports or by receiving remittances from its citizens who are working overseas, especially the United States. If both of those sources do not suffice it’s domestic needs, El Salvador can borrow dollars on the international market.

At present, El Salvador exports less than it imports. Fortunately, it’s remittances are high enough to ensure that its current account is overall positive. However, the government has been heavily borrowing dollars increasing the government debt to over 90% of gross domestic product.

If El Salvador does not have adequate dollar reserves to maintain its liquidity for domestic banks, it may be forced to close its banks and heavily cut government spending.

The International Monetary Fund (IMF) already warned El Salvador back in 2019 that its dollar reserves are too low for its economy.

In such a scenario, El Salvador’s decision to adopt Bitcoin as a second currency can actually help the country to increase its revenue as remittance will undoubtedly increase due to cheaper transaction fees. 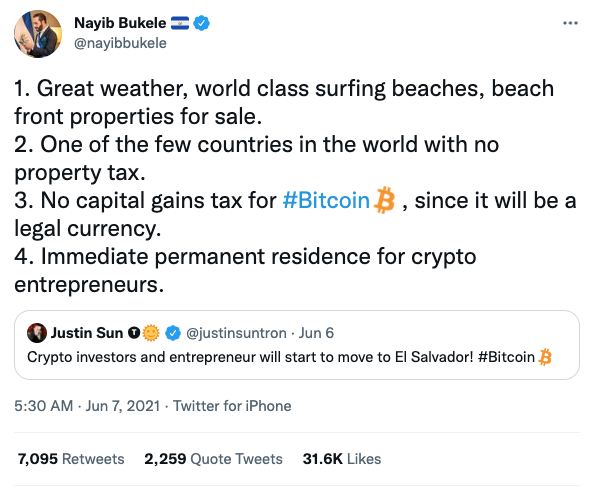 This is definitely good news for Bukele as he wants to generate more crypto-related business opportunities and create more jobs to boost the nation’s economy.

He firmly believes that adopting Bitcoin as legal tender will increase El Salvador’s GDP by 25%.

As Nayib Bukele, the bold President of El Salvador makes a historic move to accept  Bitcoin as its national currency- a move no other country has dared to take so far, the whole world has its eyes on El Salvador.

Will El Salvador’s move lead the way to Bitcoin’s global adoption? Or did it just back the wrong horse?

Learning how Crypto will change the world.