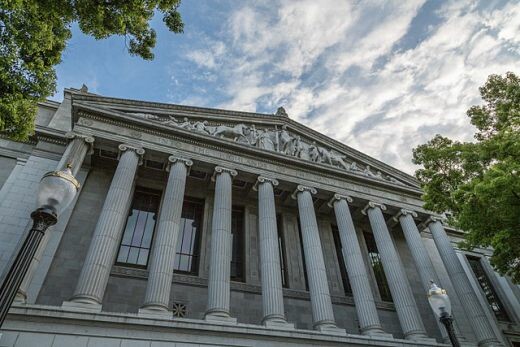 On May 1, 2020, it was announced that Bitcoin Manipulation Abatement LLC had sued Ripple Labs, Inc. and two other defendants in the US District Court for the Northern District of California. This post reviews the Plaintiff's Complaint document filed with the Court.

The Plaintiff in this lawsuit alleges that Ripple's cryptocurrency, XRP, should not be regarded as a currency but rather as a security, and, because the security was not registered with the US Securities and Exchange Commission (the SEC), the Defendants have breached the Securities Act 1933 when selling XRP. On that basis, the Plaintiff is claiming that it is entitled to damages as a purchaser of XRP because offenders against the Securities Act are "strictly liable" under that law. The Plaintiff also alleges that, in addition to breaking federal laws, the Defendants broke California State law by selling the unregistered security, because, by doing so, they were unlawfully soliciting "risk capital".

What is a security?

In my previous post for Publish0x, I looked at the three-pronged Howey Test that is applied by US courts to determine whether an investment contract is a security and therefore should be registered with the SEC. Over the past few years, a number of ICO promoters have been prosecuted by the SEC for selling unregistered securities. This lawsuit against Ripple has not been brought by the US government, but by a private plaintiff, but the plaintiff will have to prove the exact same things that the SEC would have to prove to succeed in a prosecution.

It is not true that every crypto coin and token is automatically assumed to be a registrable security, and that the promoters will break the law if they have have not first filed a registration statement with the SEC before any coins or tokens are purchased by US residents. It is, however, necessary to analyse the scenario of the ICO or STO against the legal tests applied to define registrable securities, to find out if the coin or token issue needs to be registered.

As discussed in my previous post, the Howey Test can be summarised as requiring an investment contract to be registered which involves (1) an investment of money (2) in a common enterprise with other investors (3) which is dependent for success on the efforts of others. In its Complaint, the Plaintiff in this Ripple lawsuit sets out its arguments for why all of these elements are present in the case of XRP.  Some parts of the Plaintiff's case are stronger than others, and, in some areas, its arguments seem a bit strained, in my opinion (and of course I might be wrong).

There is little doubt that the first limb of the Howey Test is probably satisfied: people purchase XRP by exchanging fiat currency or other cryptocurrency. The third limb of the test also appears to have some support in the facts, as the value of XRP is clearly linked to the efforts of Ripple, its promoter. But the case in respect of the second limb is not well presented in the Complaint. In what sense do purchasers of XRP engage in a common enterprise? It is instructive to compare the Ripple/XRP scenario to Telegram Group's raising of capital to build a new blockchain (TON), which was found by a court to satisfy the Howey Test: see my analysis of that case for Publish0x. In its Complaint against Ripple, this Plaintiff has stated that the second limb of the test is satisfied, but has not really explained how that is supposed to have happened: see paras 139 to 146, and para 171, of the Complaint.

This same weakness would affect the argument that the risk capital solicitation rules that apply under California law have been broken by Ripple. One of the parts of the test applied to decide whether such solicitation has occurred is that the money has to be raised for a business venture or enterprise. It is crucial to this outcome of this test what the money is used for.

Features of this lawsuit

In the Complaint, the Plaintiff seems to portray some things that are normal when anyone buys something of value as evidence of wrongdoing by Ripple. For example, the Plaintiff says that it had a passive role regarding the success of the XRP Ledger: para 157. If you buy a house or a gold ingot, how much control do you have over the value of houses or the price of gold? Does lack of control of the value of an investment, by itself, mean very much? The Plaintiff also suggests that the purpose of Ripple placing a quantity of XRP into an escrow fund, from which amounts of XRP are released, was meant to drive up the price of XRP: paras 97 to 107. Telegram Group planned a similar structure for its Gram tokens. The purpose of such a fund is to control inflationary pressures on a coin or token, which the Complaint recognises at para 151. For an investor like the Plaintiff, isn't that a good thing?

The US Government has in the past taken action against Ripple for failing to register as a money services business but, to my knowledge, the SEC hasn't prosecuted Ripple for selling unregistered securities. (Let me know if I'm mistaken.) Possibly this may be because the time for doing that has passed. When a crypto coin or token is first issued in an ICO or STO, it may be a security, especially if the promoter is using the capital raised to build infrastructure. But, once it has been in circulation for a while and is simply being traded on exchanges, it probably has become a currency. This capacity for transformation has been recognised by SEC senior officials: see comments by Director Hinman in 2018. If this is true about XRP, then this lawsuit may run into problems.

[Photo credit: Stanley Mosk Library and Courts, by Tony Webster, a public domain image courtesy of Wikimedia Commons CC BY-SA 2.0. This post is a a basic level, educational and informational discussion of legal concepts. It does not constitute legal advice for any person, nor does it create a lawyer/client relationship with any person. Although care has been taken to ensure that the law is described correctly at the time of publication, no guarantee of accuracy is provided.]