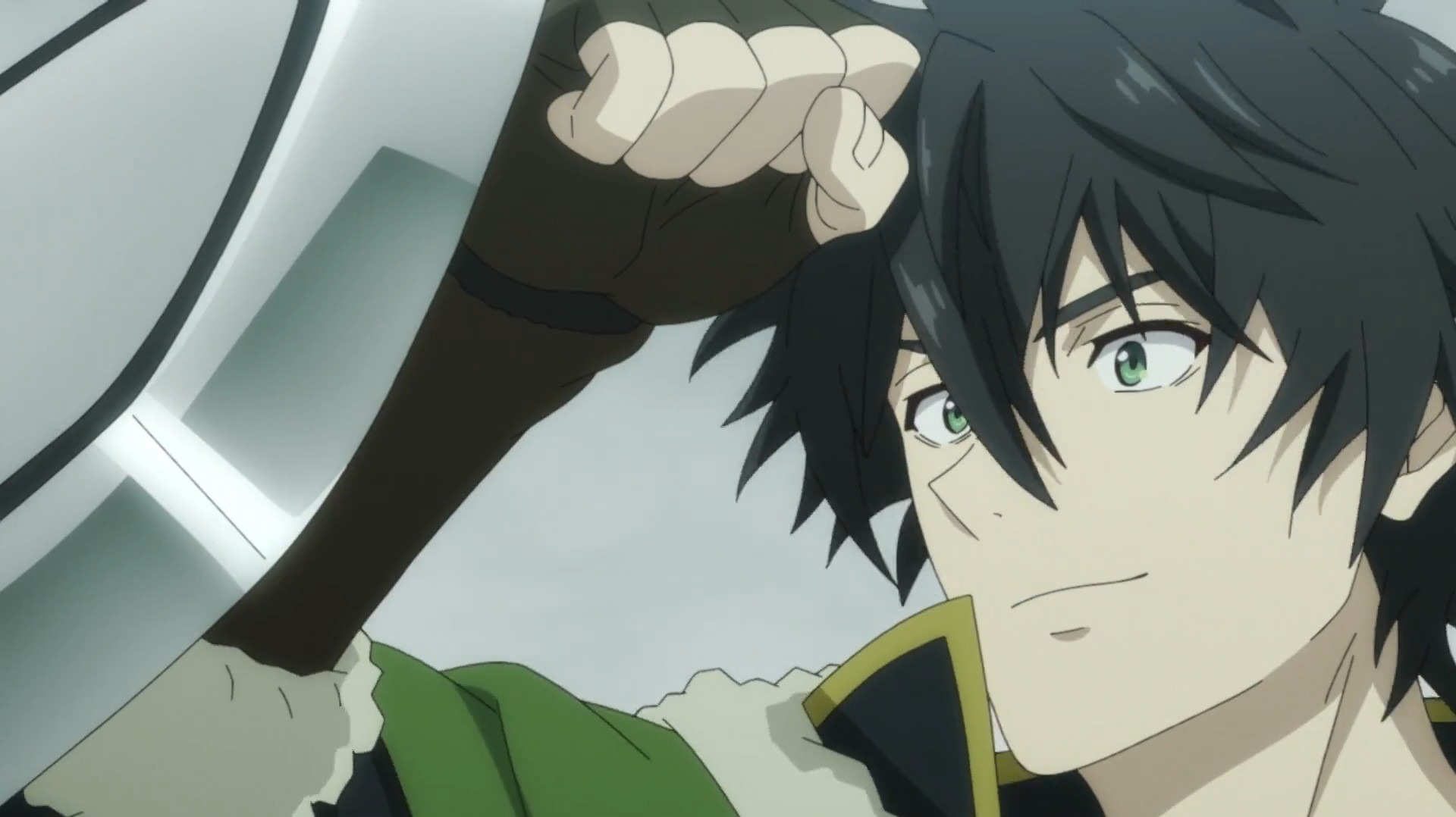 The Rising of the Shield Hero, Season 2: Ep. 1-3 Impressions

*Will contain spoilers, so read at your own risk.*

After 3 years, The Rising of Shield Hero anime adaptation has finally started Season 2. Back in 2019, Season 1 was a thrilling ride that contained a lot of character development, action, and adventure.

To shortly explain the the events up to Season 2, Naofumi, the protagonist, was just an average university student. But one day, he came across a book in a library that transported him to another world. The Melromarc Kingdom summoned him as the Shield Hero along with three other individuals who yield the spear, sword, and bow so that they could protect the kingdom from the calamitous monster waves. 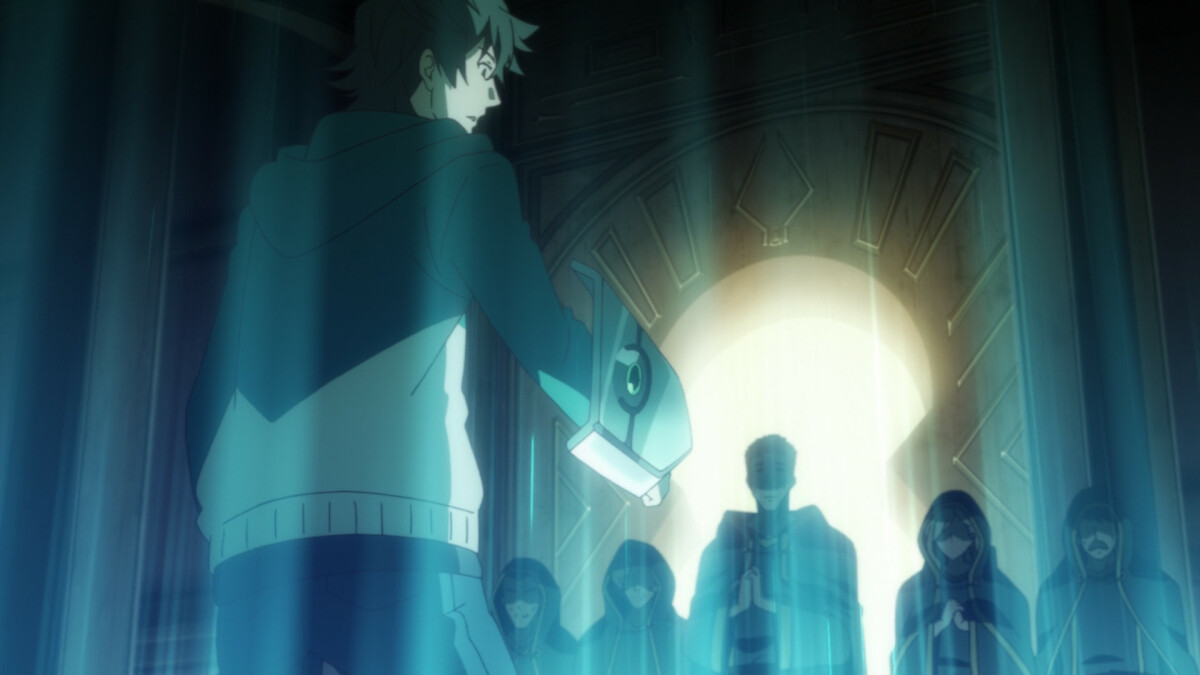 The people of Melromarc saw the Shield Hero as weak and no one wanted to party with Naofumi, except for one female adventurer. However, that woman was just pretending to be nice and falsely accused Naofumi for rape. Even worse, her real identity was Malty, the first princess of Melromarc, which drew the ire of the king. Unable to defend himself, Naofumi was ostracized by the kingdom, left to make ends meet all on his own. And so, the "rising" of the Shield Hero from rock bottom began. 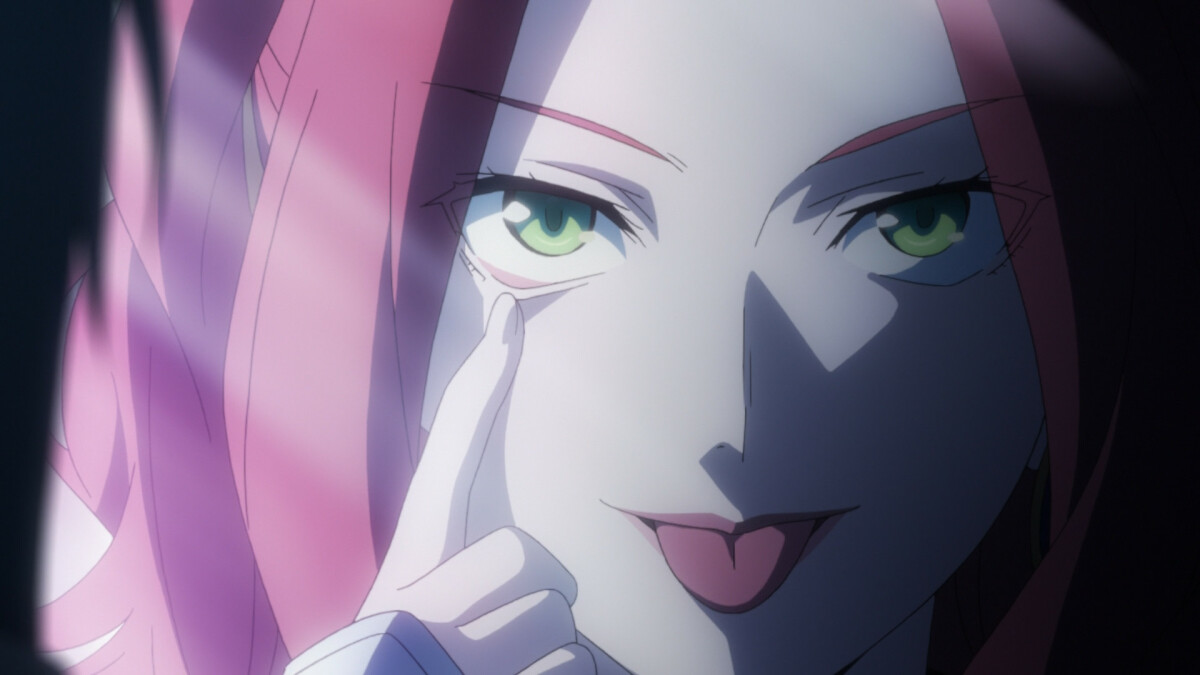 Throughout his journey, Naofumi slowly healed from his emotional trauma. He fought the waves, drew a steady income as a merchant, and took down a political coup to name some feats. By the end of Season 1, Naofumi finally got his justice as well as the respect he deserved. However, he could not achieve that without his companions including, but not limited to Raphtalia, a demi-human who is his vanguard and emotional support, and Filo, a filolial (similar to a chocobo) who has immense fighting power, and can transform between monster and human form. 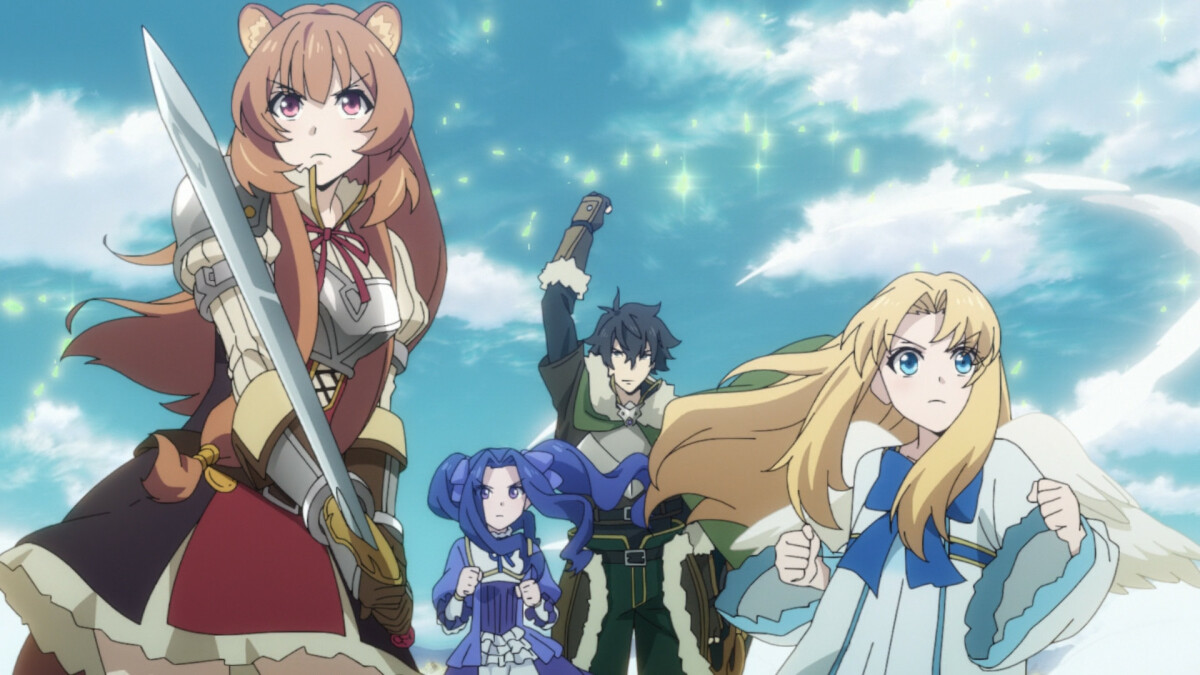 While Naofumi clawed his way from rock bottom, his adventures are nowhere close to being done which leads to Season 2. As of now, we are 3 episodes in and what are my overall impressions?

The Story and World Building

The anime adaptation skipped a lot of content from the light novel series. In the source material, main characters and other heroes would go through a training arc in order to prepare for stronger waves. However, the anime instead goes straight into the main threat, a giant monster called the Spirit Tortoise. From what I've seen from other watchers, the opinions are mixed. Some feel that too much content was cut out whereas others were happy because the source material had way too much dialogue.

As for me, I was mostly okay with the decisions made. The three episodes did a good job establishing the threat that is the Spirit Tortoise and building up the tension to the ultimate battle in the third episode. That said, I wished that the anime did a better job with the pacing. The first episode progressed the story too fast at the expense of some world building details. One of the new characters, Eclair, was not properly introduced until the second episode even though she appeared in the first. I also wished that the anime explained certain mechanics more in depth. For instance, in the first episode Hengen Muso master Elrasla diagetically explains how the martial art works to Rishia, but it needed a few more lines of dialogue for the audience to have a good grasp. 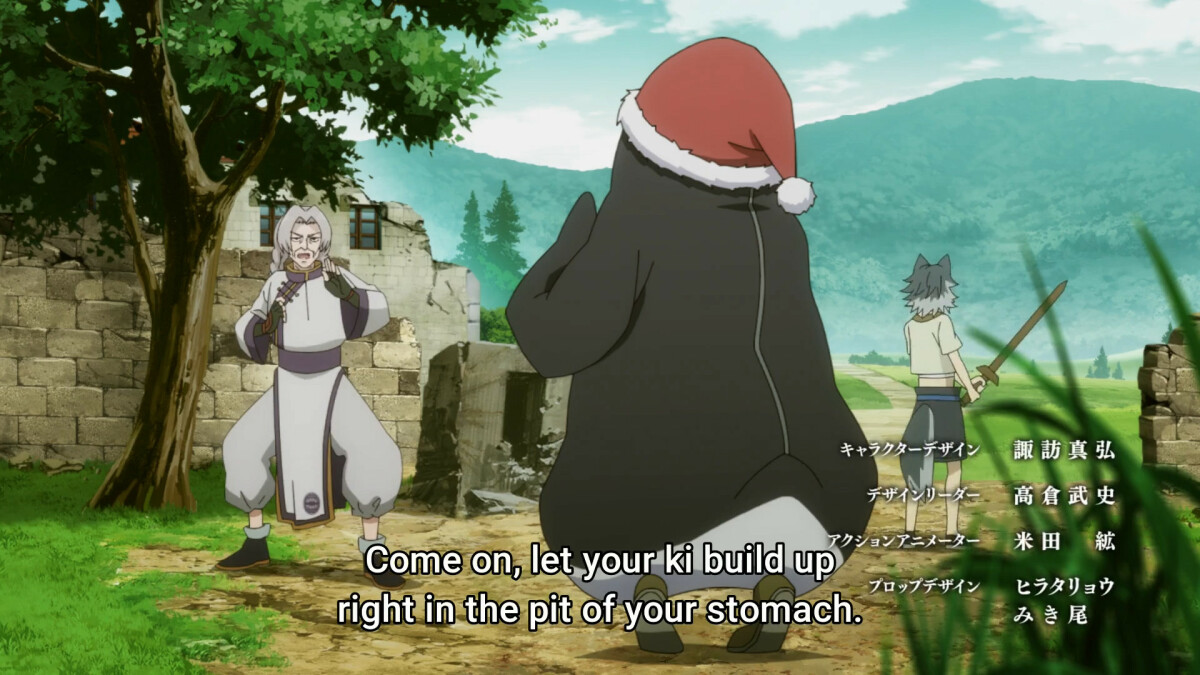 The one flaw with Naofumi and Raphtalia's relationship in the light novel version is that it sometimes felt too slapstick. Naofumi, with all his cynicism, would do or say something that's over the line to which Raphtalia would admonish him. And these manzai-style moments would occur repeatedly throughout.

The anime does a better job at portraying their relationship more organically. The bridge scene in the second episode is one of my favorite Naofumi and Raphtalia moments. When Raphtalia spoke to Naofumi, he truly listened and took her words to heart. She demonstrated complete understanding of his feelings, but also was not afraid to express her disagreement. Watching this scene actually hit home a bit as it reminded me a lot of my relationship with my wife. 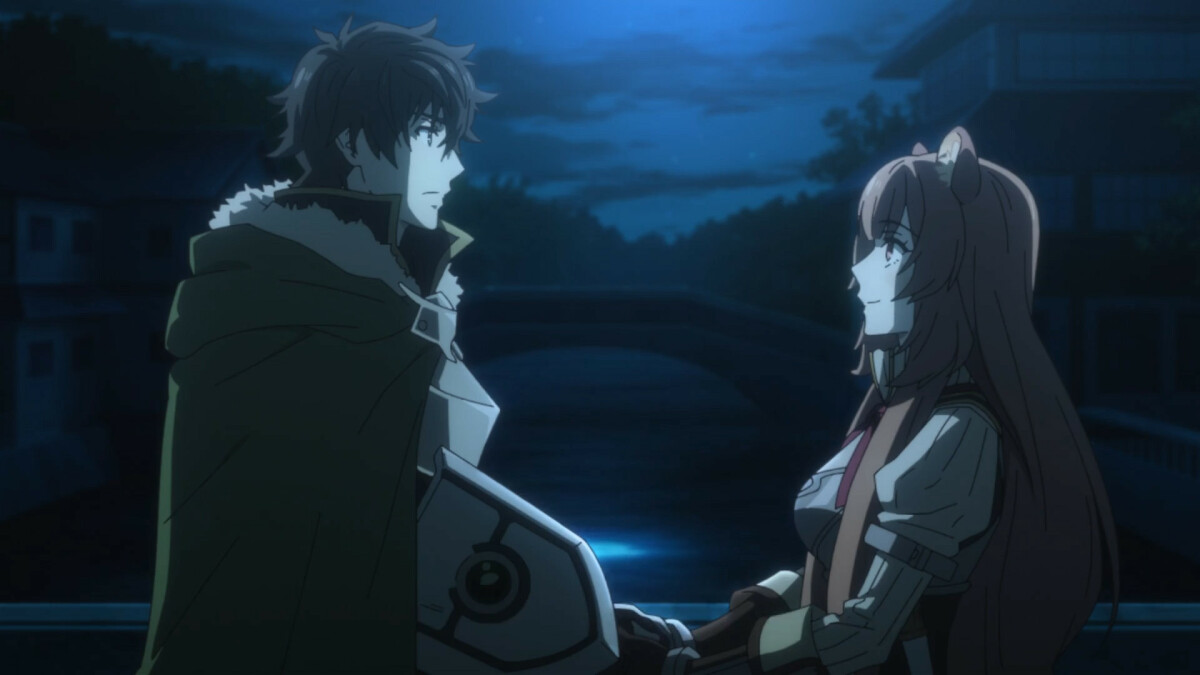 The anime made a interesting change of making Ost a bit more adorkable compared to the strictly professional demeanor of her light novel counterpart. While it was a little surprising, I do not think it ruins her character. Ost still has her serious moments and the airheaded side of her personality adds another dimension to her character. 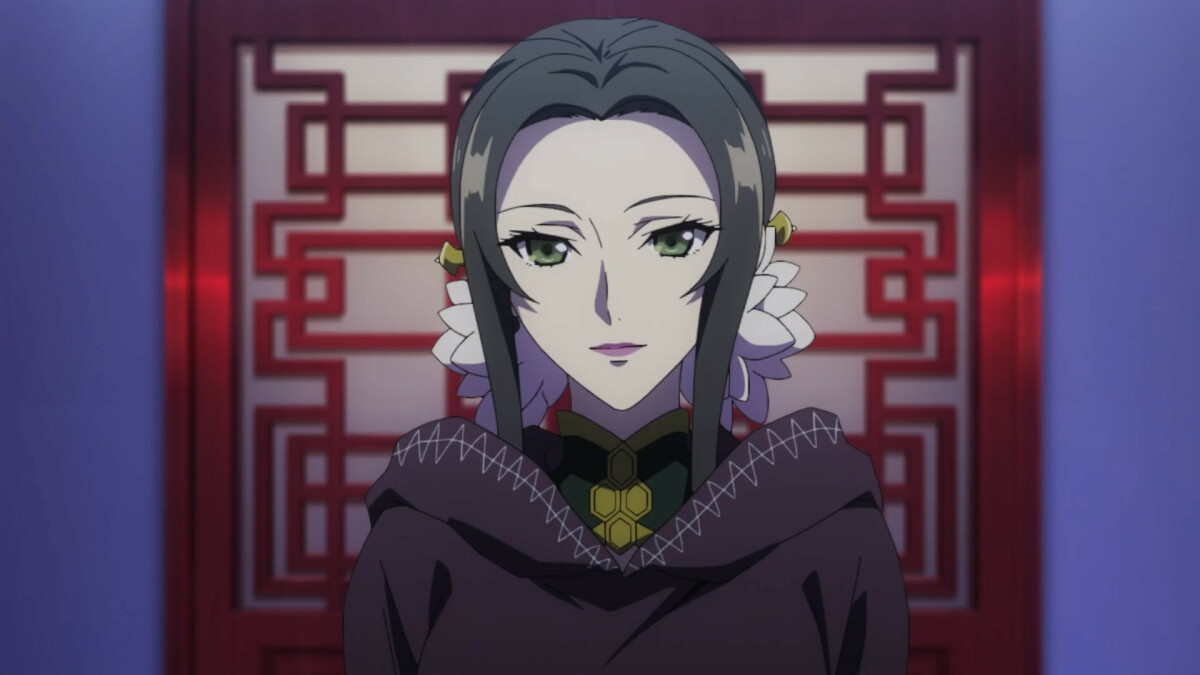 Unfortunately, I don't think the anime has handled Rishia's character that well, significantly underselling her capabilities. She joined Naofumi's party at the end of Season 1 after she was kicked out of Itsuki, the Bow Hero's, party. Thus far, the anime has not delved into her backstory which should have happened already, in my opinion. I also wished that the anime mentioned her unique traits like how she can cast magic of all elements, which is exceptionally rare. 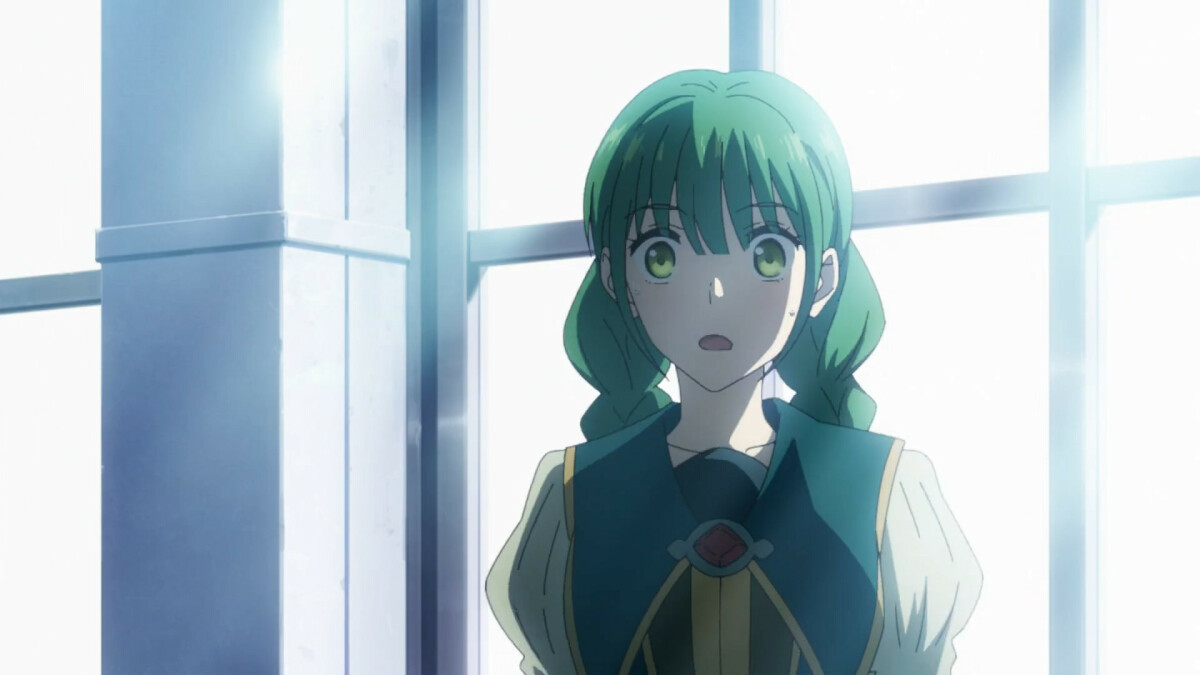 Season 1's animation was a mixed bag. At times, the animation would be on point like with Naofumi's dual with Motoyasu or the fight against the Pope of the Three Heroes Church. But with those highs also came with rather low lows. Some fights were over-reliant on panning still shots and the CG would sometimes look very janky and horrendous.

While three episodes is not a big sample size, so far, Season 2's animation is competent. I did notice a few snafus like how the shields from Naofumi's Shield Prison in the first episode lacked the details that were present in the first season. The CG of the Spirit Tortoise in the third episode was not bad and didn't look uncanny. That said, it was smaller than it should be and could afford some better textures. While not as good as Season 1's best moments, Season 2's quality has been otherwise consistent and significantly better than Season 1's bad moments.

Overall, the start of Season 2 of The Rising of the Shield Hero is not bad, but not great. The pacing was initially rushed and thus far, the anime has not done Rishia's character justice. Naofumi and Raphtalia's interactions continue to be a pleasure to watch and while Ost is portrayed differently in the anime compared to her light novel counterpart, it does not ruin her character. The animation quality, while not spectacular, is more consistent than Season 1 with less "woof" moments.

I'm hoping that as Season 2 goes on, the overall quality improves. Some of the issues stem from the fact that the anime is dealing with one of the slowest arcs of the light novel series as well as conform to the changes the anime made in Season 1. That is understandable for the first few episodes, but that will not be a valid excuse later on.