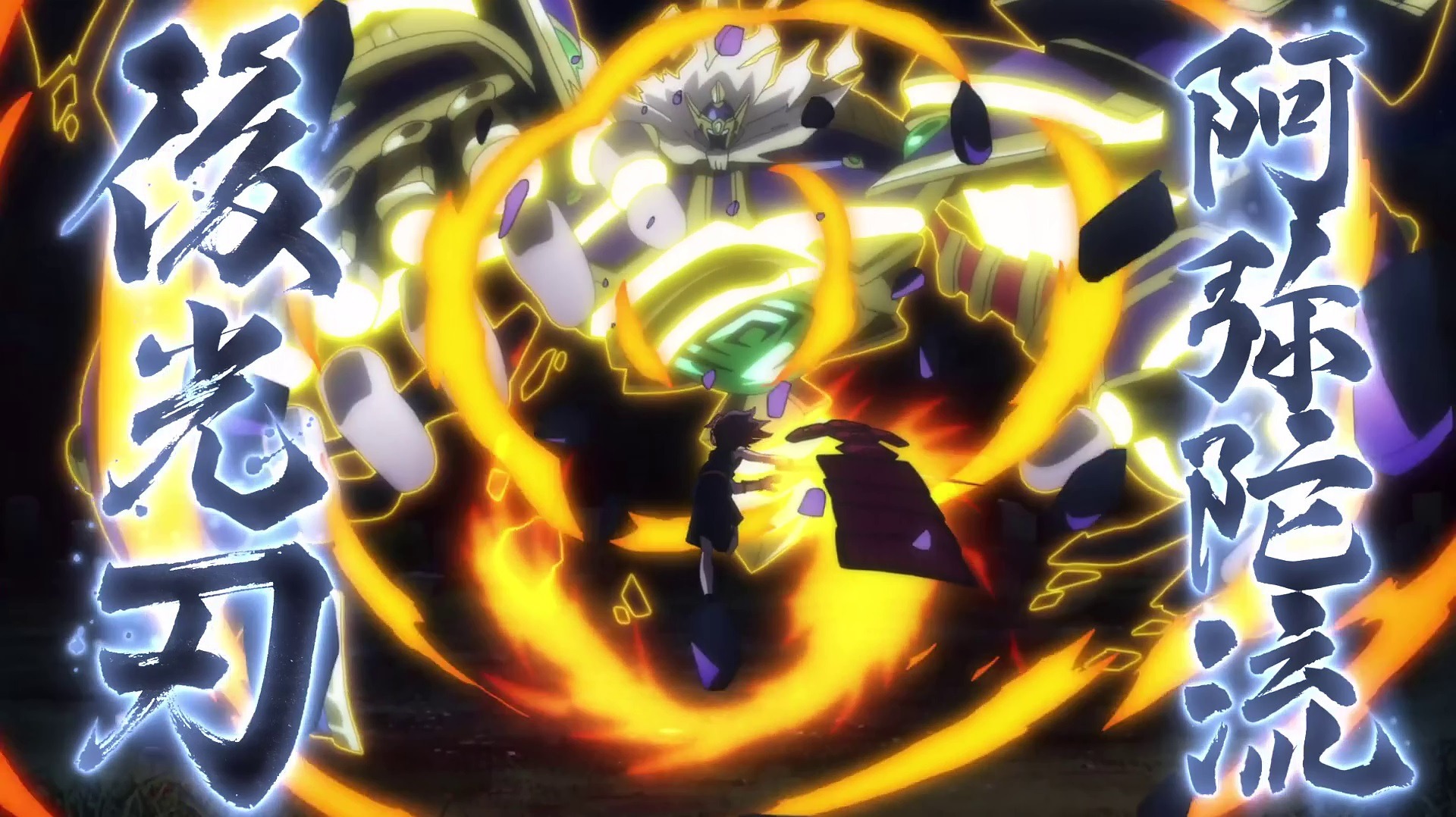 Last week, I gave my opinions on Episode 8. It was a mostly solid episode that was carried by a well-organized structure, great voice acting, and compelling character development from Yoh and Manta. I also liked how Ryu has become sort of a big brother figure to Manta when they made the trek to the Asakura household.

But the real fun begins with Episode 9, where Yoh and Ren will throw down in an epic shaman fight. How well did Bridge adapt the content?

The episode covered Chapters 54 - 64 of the manga. Out of all episodes, this was one was, by far, the most action packed.

The anime kept the leadup to the minimum. We have Jun visiting her home in China to talk to her father, Tao Yuan, about Ren. Back in Tokyo, Kalim and Silva are surprised at Goldva appointing the latter as Ren's caretaker. Goldva has observed Silva being partial to Yoh, so he has him take care of Ren to ensure impartiality. Meanwhile, Tamao moved to Yoh and Anna's house because she's worried about Yoh's match. However, Anna is pretty calm and confident. 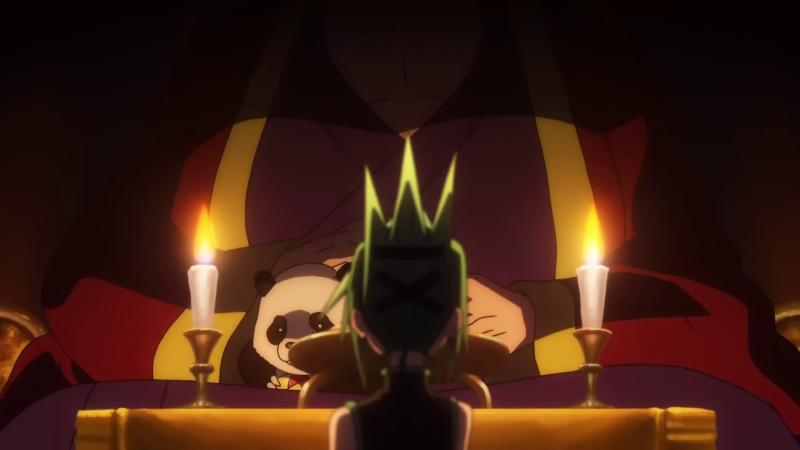 Jun comes back home to talk with Tao Yuan, her and Ren's father. 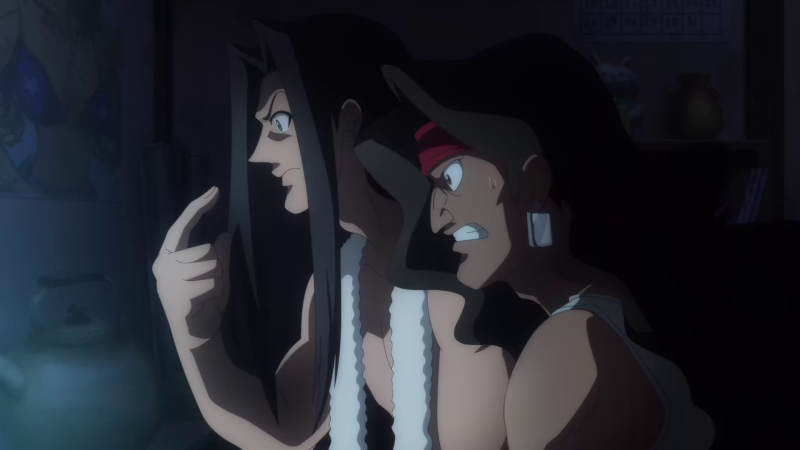 Kalim and Silva shocked at Goldva appointing the latter to take care of Ren. 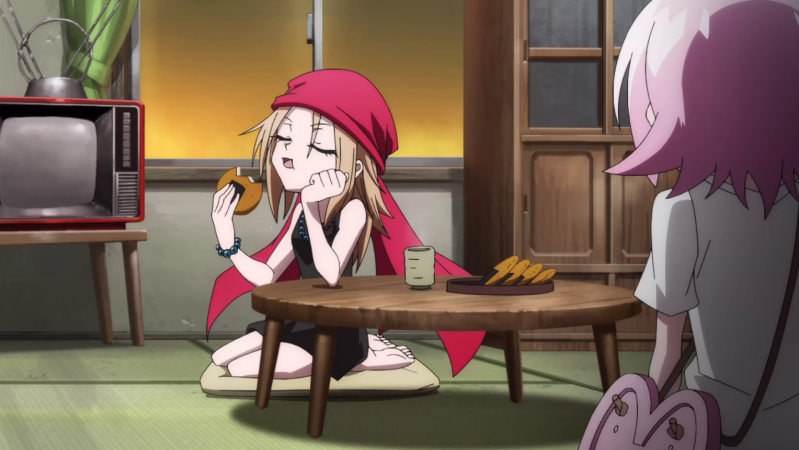 Anna not at all concerned about Yoh's match with Ren.

Yoh and Ren meet up at their match location and Ren doesn't hesitate to flaunt his prowess. However, Yoh remains very calm which unnerves Ren. Even his spirit, Bason, attempts to punish Yoh for his "impudence" before Amidamaru intervenes.

The match begins and Ren immediately goes on the offensive. Yoh is not fazed and launches a counterattack, but he fails to break Ren's Oversoul. In response, Ren pumps for furyoku into his Oversoul and overwhelms Yoh with his sheer power. However, Yoh cleverly uses his Oversoul as a shock absorber. Doing this does come at a cost as every time Yoh reestablishes his Oversoul, he has to spend some of his furyoku. Ren has a larger reserve of spiritual energy, so Yoh has to use his furyoku wisely. 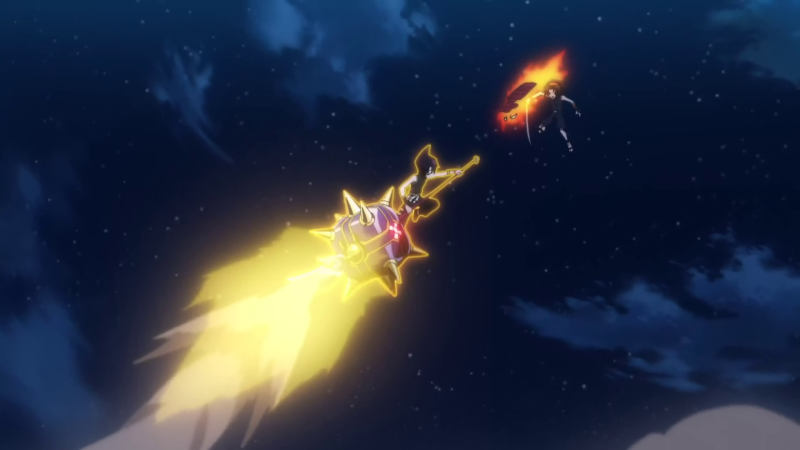 Ren on the offensive after he launches Yoh midair.

Yoh manages to get the upper hand by remaining calm whereas Ren becomes more and more enraged. Because of his anger, Ren becomes sloppy with his attacks and gives Yoh openings to break his Oversoul. As the gap between Yoh and Ren's remaining furyoku shrinks, Ren summons his horse, Hakuo, to infuse the spirit of Bason's horse, Black Sword. He maxes out his Oversoul for a full-on onslaught. 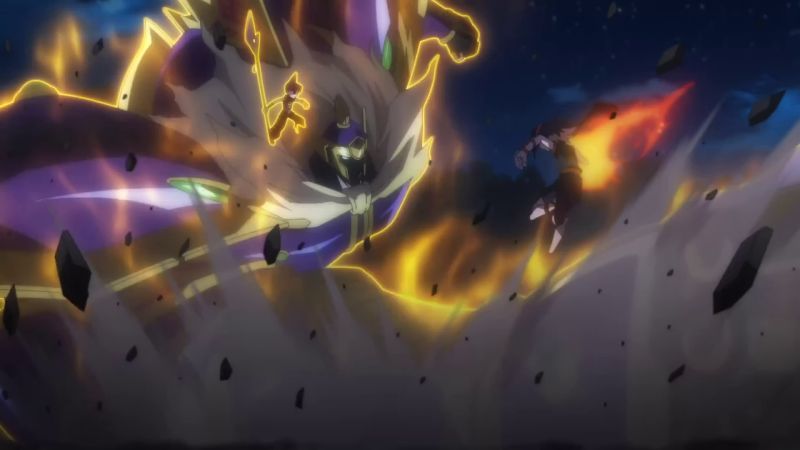 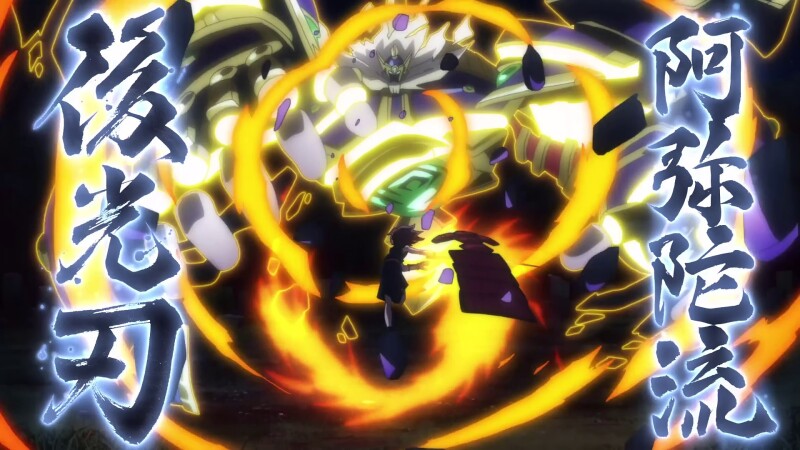 The episode interjects with Ren's traumatic past of witnessing his family's murderous ways and Jun telling her father that Ren is going to lose because of his insatiable anger. Yuan rebuffs Jun, but she notes how Yoh has this warmth in his spirit that allows him to make something out of nothing.

Jun's words are then backed up by Yoh successfully pumping his furyoku to summon a giant Amidamaru. Yoh and Amidamaru deflects Ren and Bason's attacks before they exchange one last blow. The episode shows Ren running out of furyoku and he goes on a monologue of how his destructive ways were misguided all along. 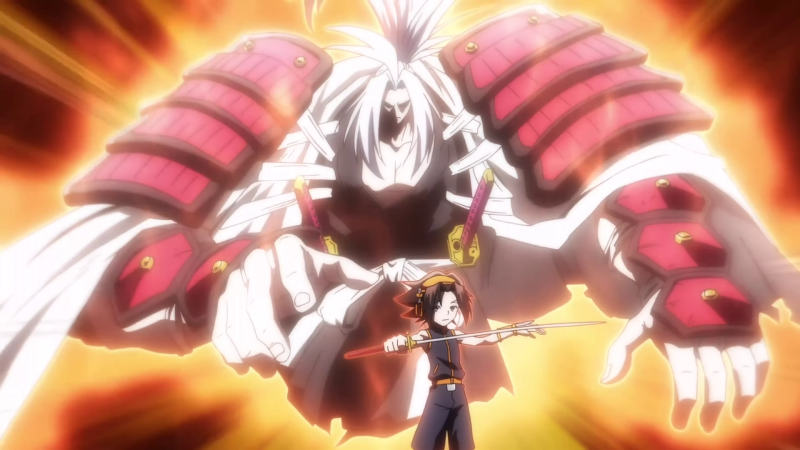 Though in a funny turn of events, Yoh also mentions that he ran out of furyoku as well, and he and Ren go into an argument. Silva intervenes and informs them that the match was a draw. Only one shaman can proceed, but Goldva states that the Great Spirit is letting both Yoh and Ren to the next stage. 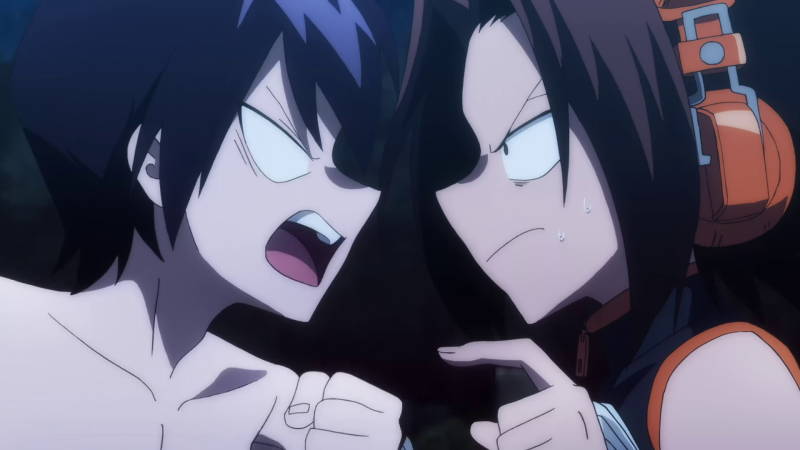 Yoh and Ren bickering over the outcome of the battle.

The episode did a good job not wasting time on the leadup. I was glad that it used the maximum time possible for the fight as it even skipped the ED to get the extra 1.5 minutes.

I was also impressed at how well the anime adapted 11 chapters' worth of content in this episode where the previous record was 8 chapters. Even though some content was skipped over, I think Bridge made necessary cuts and retained the most important parts.

The overall structure was very well-organized with the way the episode divided Jun's conversation with Tao Yuan into two halves. The second half of their conversation served as a great juxtaposition with Yoh and Ren's fight as well as a good device for revealing more of Ren's dark backstory.

And yet, while this episode was mostly serious, it did sprinkle a bit of very funny humor. I laughed when Yoh pointed out at Ren's increasing height before the latter bragged about drinking 3 bottles of milk a day. Of course, the end of the episode was pretty funny, too.

In regards to the fight, I thought the animation was solid. The episode made good use of various camera angles to provide a sense of dynamicism. As usual, the artstyle was nice and clean, but Bridge really kicked things up a notch with the 'poppier' color palettes. I like how Ren and Bason were drawn with a golden aura outline which gives off a powerful feel. As for Yoh, the artists did a fantastic job with the special effects of his signature moves.

The MVP of this episode, in my opinion, was the audio. The sound effects gave the clashes and punches a good amount of weight. The music was top notch with its use of a variety of instruments ranging from an erhu to an acoustic guitar to solo violin to a full on orchestra. Romi Park, the VA for Ren, provided an incredibly deep powerful voice to bring out his character, especially during his angrier moments.

Overall, this is my favorite episode to date. Bridge did so many things rights and as a result, the episode became greater than the sum of its parts. I look forward to how the next arc is handled. 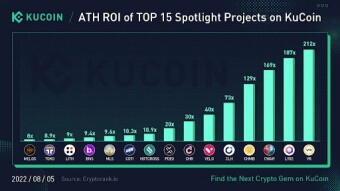